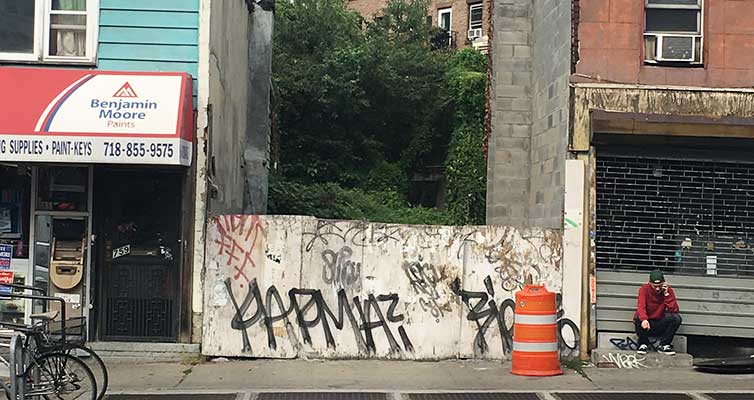 The craziness of Vancouver’s real estate market, now the subject of frantic political attention, has revealed a rare kind of metric in dense urban environments.

With offshore speculators buying residential properties specifically to knock down the existing home and replace it with something huge, the market – for all its distortions – has essentially disclosed the going market value of residential property. After all, when so many dwellings are considered to be knock-downs, the buyers are in effect zero-rating the buildings they’ve acquired.

The final sale price, in sum, is equal to the price of the land.

The value of land in built-up urban areas is notoriously difficult to calculate, which is why most property tax systems are built around a market value assessment that includes both the structural and locational features of a property to come up with an estimated value that can be used as a basis for taxation. In general, the dearth of unimproved urban land makes it difficult to come up with valuations.

That computational difficulty is one of the reasons why the so-called “land value tax” – an Enlightenment-era idea that has long held out the possibly utopian promise of a more effective and equitable way of taxing land – is one of those intellectually compelling policy ideas that suffers from insufficient take-up.

The LVT, according to the Lincoln Institute of Land Policy, a Cambridge, Massachusetts-based think tank, is in use in some form in about 25 countries around the world, including South Africa, Australia and New Zealand. A few jurisdictions in the U.S., mostly in Pennsylvania, also use a blended version that is partly a land value tax and partly a buildings tax.

But in Canada, where municipal property taxes are regulated by provincial legislation, the LVT has had no take-up whatsoever. It’s so far off the policy radar here that even the Federation of Canadian Municipalities, an umbrella lobbying organization which also serves as a kind of clearinghouse for all species of local government policy, has no position on the subject, nor any research.

On paper, the LVT, whose most outspoken advocate was a 19th century Philadelphia-born economist named Henry George, is simplicity incarnate: the assessed taxes are based on the value of land. Because there’s a finite supply of real estate in a given jurisdiction, the tax won’t create market distortions, as is the case, for example, with sales taxes, which will reduce the overall amount of consumption. Moreover, because property tends to belong to the more affluent individuals in society, the burden of the LVT is borne by those with the greatest ability to pay.

Some economists, explains University of Toronto municipal finance expert Enid Slack, like the LVT because it doesn’t create perverse disincentives in land use. She cites the example of a market-value type property tax: if set too high, such taxes can discourage owners from investing in their homes because doing so increases the market value and thus the tax.

Other experts point out that LVTs can serve to encourage denser development and discourage sprawl, because there’s a financial penalty for inefficient use of land. With an LVT, says Waterloo University associate professor of planning Markus Moos, “you’re not putting in place incentives to keep building on large lots.”

Indeed, there’s considerable evidence that low suburban property taxes plus hidden subsidies, in the form of artificially inexpensive gasoline prices or highway construction expenditures by higher orders of government, have been implicated in the conspicuously inefficient and polluting post-war development patterns that have ringed so many older cities with car-dependent suburbs.

The most notable example of a city that experimented seriously with an LVT is Pittsburgh in the late 1970s. The city had long had a blended property tax consisting of a land portion and a buildings portion. The municipality significantly hiked the land rate in 1979 so it was five times higher than the building portion. According to a study by economists Wallace Oates and Robert Schwab, the change occurred on the eve of a sustained commercial building boom in the downtown of the former Rust Belt city.

While Oates and Schwab are LVT proponents (their research was commissioned by the Lincoln Institute), they acknowledge that the Pittsburgh boom may have been part of a large renaissance narrative that begins decades earlier, when local industrialists and civic leaders persuaded municipal officials to confront the extreme industrial pollution that seemed to be choking the city. By the 1980s, Pittsburgh’s turnaround was well underway, but Oates and Schwab argue that it received an important boost from the LVT. (The tax, however, was later eliminated.)

Other U.S. cities did look at implementing an LVT in later years, and the idea gained traction in New Zealand, which had an extended dalliance with neo-liberal policy-making in the early 1990s. Often, the justification involved tax reforms meant to discourage land owners from sitting on fallow urban property.

But as the Lincoln Institute’s own analysts point out, the complicated transition from a market-value based system to an LVT, with the associated shifts in tax burden, posed a political problem most cities didn’t want to confront.

It’s also true that implementation and computational issues aren’t the only strikes against LVTs, especially in jurisdictions that have ridden the wave of development intensification and downtown population growth that has swept through global metropolitan regions in the past two decades.

Moos points out, for example, that in a place like Toronto, where downtown land is at a premium and speculation is rampant, the LVT could inadvertently discourage the city and private developers from creating new open spaces, parks or plazas because they have a powerful economic incentive to offset the high taxes with more revenue-generating property development.

Slack adds that an LVT also represents a smaller tax base than a property tax, which means that the rate would need to be higher in order for the municipality to recoup the traditional property tax revenue it would stand to lose in a transition. She also adds that building forms that evolved around existing tax systems – for example, high-rise condos – create further problems.

Slack offers the comparison between a $500,000 single family home and a 10-unit condo, with $500,000 apartments, sitting on a similarly sized piece of land close by. The land for both would yield the same amount of revenue under an LVT system, where the condo, under the traditional market value rules, produces 10 times as much tax as the single-family home.

Ultimately, as Moos points out, the debate over the relative effectiveness of one property tax system over another must occur within the broader context of local and regional land use planning as well as infrastructure investment choices. Local or regional governments can spur intensification with small transit, housing or zoning policies that aren’t greatly impacted by property tax regimes. Moreover, demographics also play a determinative role, as was true in the decentralization of the post-war era as well as the re-urbanization of more recent decades.

Indeed, Moos argues that land use reformers and urban environmental activists should focus on weeding out sprawl-inducing policies, such as certain types of development charges. “As a first step,” he says, “we have to tweak the current financial system before we embark on a whole new tax.”