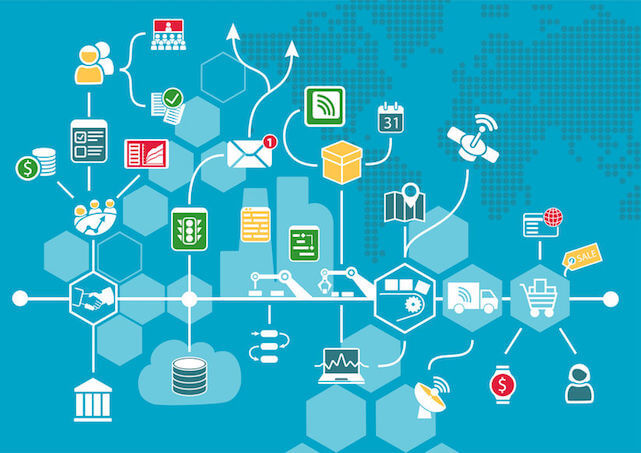 Our planet faces an energy dilemma. We’re undergoing a large-scale transformation driven by increased industrialization, urbanization and digitization and we’re on pace to increase global energy consumption by 50% in the next 35 years.

We’re also in the midst of an environmental crisis—the House of Commons drove this home when it declared a national climate emergency last month. With rising temperatures, the melting of polar ice sheets and catastrophic weather events, now more than ever, it’s crucial for governments and businesses to take drastic, meaningful steps towards sustainable energy use to combat these global issues before they become irreversible.

Unprecedented population growth is placing additional strain on green energy initiatives, however. By 2050, the world’s cities will be home to an additional 2.5 billion people. With this increased urbanization comes a standard of living largely reliant on technology. Another 50 billion devices – everything from smartphones to smart fridges to smart factories – will be connected globally within the next five years, which will increase our consumption by at least 50%. If our desire is to move towards a low-carbon economy, we must strive to reduce our carbon footprint by half. The only way to do this is to use energy three times more efficiently around the world. We’ll need technology to get us there.

Policy changes, both global and domestic, will play an important role in our efforts to find energy efficiencies and combat climate change. Many nations, including Canada, Australia, France and Denmark, have implemented a tax on carbon emissions. France and the United Kingdom plan to eliminate gas-based vehicles by 2040, and Norway by as early as 2025. And in British Columbia, discussions are in place to ensure that all new cars, SUVs and light-duty trucks are zero-emission starting in 2040.

However, it isn’t exclusively up to the world’s governing bodies to drive these improvements. Business and industry must also lead the charge. And they have more opportunity than ever in our digital age to make sustainable and profitable shifts.

When businesses embrace digitization and connected solutions to automate how they use energy and analyze data for smarter decision-making, this drives a more productive, profitable and sustainable economy. Digital transformation could help the electricity, logistics and automotive industries alone avoid 26 billion metric tons of carbon dioxide emissions between 2016 and 2025.

At Schneider Electric, we’re on track to shift our global operations to 80% renewable energy by 2020. At the Clean Energy Ministerial conference in Vancouver in May, we announced our commitment to support the Electric Vehicle Initiative’s EV30@30 campaign and its goal to reach 30% sales share for electric vehicles by 2030. Schneider Electric plans to achieve carbon neutrality by 2030 and have a fleet of at least 30% electric vehicles.

Partly through consumer demands for green initiatives and partly through internal business priorities, global businesses are already making the transition to sustainable energy. In 2017, corporate leaders like Google and Wells Fargo met their goal to use 100% renewable energy. As of January, 122 multinational companies, including Schneider Electric, joined RE100 and committed to becoming 100% renewable.

Despite these initiatives, government and industry face a daunting task. To reduce our carbon footprint and ensure a healthy planet for generations to come, we must leverage the technology, initiatives and capabilities we have today, and continue to support the innovations that will make increased efficiencies possible tomorrow. Only when government, industry and citizens prioritize the same end goal will we have a chance at a clean energy future.

Susan Uthayakumar is President and CEO of Schneider Electric Canada.