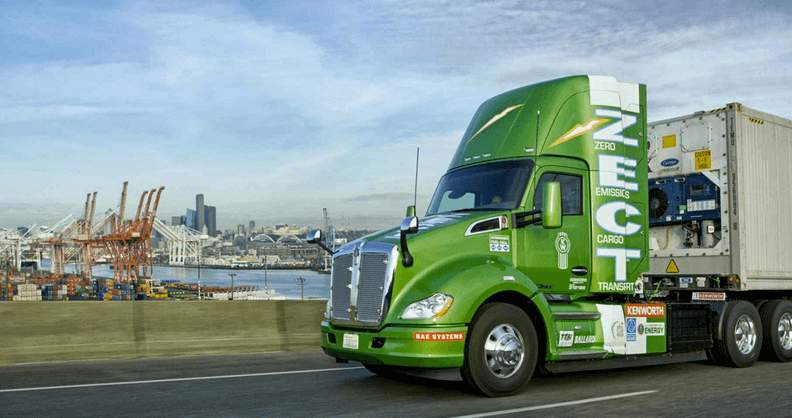 Breakdowns, it is said, can lead to breakthroughs. In response to the COVID-19 pandemic, made worse by an oil price war, global governments have quite rightly focused on protecting immediate needs for safety, healthcare, food and shelter. But looking forward, national economies will need to be rebuilt.

What if Canada’s rebuild not only advanced our commitment to net-zero emissions by 2050, but positioned all parts of Canada to win economically in a net-zero world, including beleaguered Alberta and Newfoundland? This economy building exercise would also be nation building. Accelerating towards a hydrogen economy could be a way to realize this objective.

Hydrogen gas, nature’s smallest molecule, is emerging as critical to the world’s next energy transition. Hydrogen is the best, and in some cases the only, option to get to zero emissions for “difficult to decarbonize” sectors like heavy and long-distance transport, steel and cement production. In most applications, when used as an energy source, water is the only emission.

The world is moving quickly towards hydrogen. Every day there are more reports of countries using hydrogen to power trains, heavy transport trucks, buses and other municipal fleets, and to decarbonize industrial processes. Countries are replacing natural gas with hydrogen in the pipelines that fuel residential heating. Japan, South Korea, China, parts of the USA, and Europe are looking for hydrogen sources to help eliminate not only greenhouse gas emissions, but other air pollutants released from internal combustion engines.

Other countries are positioning themselves to capture market share for the production and export of hydrogen. For example, Australia is producing hydrogen from coal, and after sequestering the carbon byproduct, shipping it to Japan in the world’s first liquid hydrogen carrier ship.

Where does this leave Canada? We are fortunate that our energy resources could be used to make hydrogen to dramatically lower our carbon footprint and win in a global hydrogen economy. We are internationally recognized as one of the lowest cost places on the planet to make hydrogen with ultra-low or no greenhouse gas emissions. As with our current energy systems, the opportunities differ across Canada.

In provinces with surplus renewable or nuclear power, like Quebec, Ontario, Manitoba and Newfoundland, hydrogen can be produced from the electrolysis of water for about the same price as the wholesale cost of diesel fuel. Strikingly, in Alberta, British-Colombia and Saskatchewan, hydrogen can be produced for about half the wholesale cost of diesel by upgrading natural gas or other fossil fuels while capturing the byproduct CO2 and permanently sequestering it underground.

However, despite the cost competitiveness of hydrogen as a fuel, no viable market exists because we lack concentrated centres of hydrogen demand. Of course, without such demand centres, the necessary production, distribution and fueling infrastructure is not built. Past efforts to advance hydrogen as a fuel in Canada have failed because the focus tended to be on one part of the energy system (typically selling light duty hydrogen fuel cell vehicles) rather than the coordinated deployment of a new energy system in a region and at a scale that would be economically viable without ongoing government investment.

Using strategies focused on accelerating the transformation of energy systems, Canada would lead the world in the production, use and export of hydrogen. To make this happen, infrastructure investments must start in regions where there is both a reliable, low cost source of hydrogen, and sufficient demand for the fuel supply to scale up rapidly.

The early adopters of hydrogen as a transportation fuel will be heavy-duty trucks, municipal bus fleets, local delivery networks, and trains. Home bases for these vehicles are concentrated on the outskirts of our cities and in industrial areas, where high demand fueling stations and pipeline infrastructure will be economically viable.

The pipeline infrastructure can also support decarbonizing our natural gas system with hydrogen inputs, as well as the needs of ships, space heating and heavy industry sectors like steel or cement, and hydrogen export.

Ballard Power Inc in BC, and Hydrogenics Corporation in ON, are known to many as two of the world’s leading hydrogen fuel cell companies. Canada was early out of the gate in the exploration of a hydrogen economy, but we have not kept up. This needs to change.

Importantly, advancing a hydrogen economy does not mean abandoning our current fossil fuel economy. It means positioning Canada to win in a changing world.

We live in Alberta, so know the danger in including the words ‘national’ and ‘energy’ in the same sentence. But picture a Canada where hydrogen is the focus of a pan-Canadian strategy that would have all provinces working together for a net-zero emission energy future that revitalizes our economy and again positions Canada as an energy superpower.

David Layzell is the research director at The Transition Accelerator and professor at the University of Calgary.

Dan Wicklum is the CEO of the Transition Accelerator.