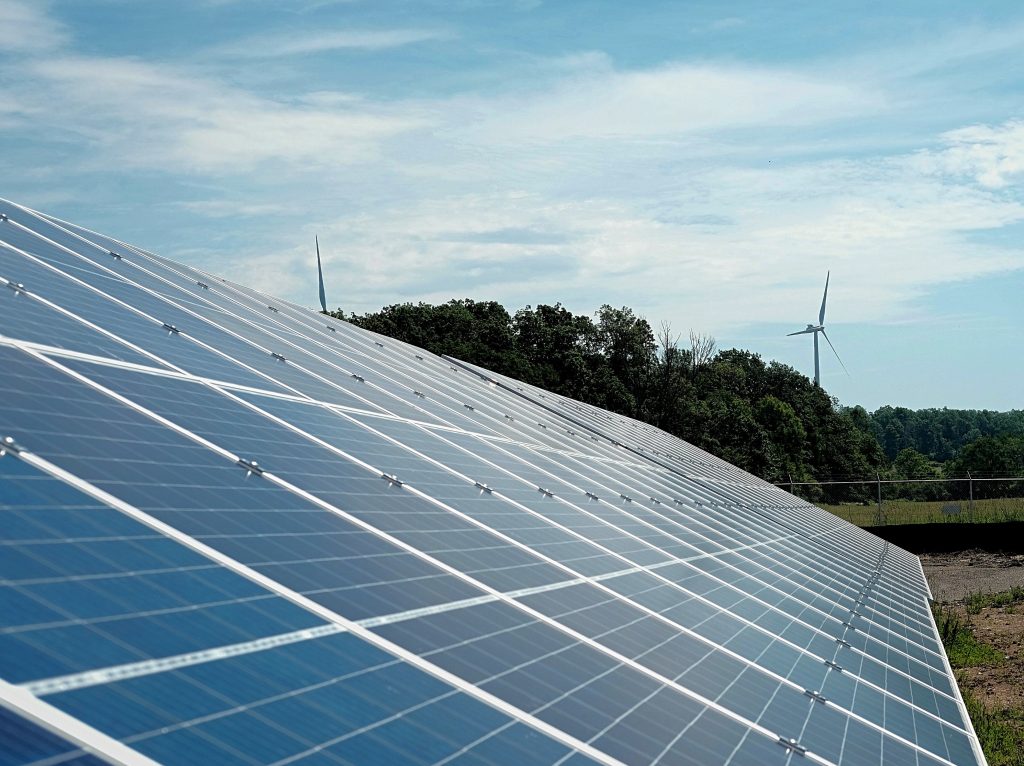 Touring the grounds of the now mothballed Nanticoke Generating Station in southwestern Ontario, I didn’t expect to see wildlife. The site once housed North America’s largest coal-fired power plant. But as of March, it’s been officially transformed. It’s now home to a solar energy facility.

As our truck bumped along a gravel path above the former powerhouse, I spotted what looked like a derelict car tire. We stopped the vehicle and got out. It was an adult snapping turtle. Perhaps 30 centimetres in diameter, this was no wee pet shop critter. It snapped open its eagle beak, hissing at us. We were travelling with staffers from Ontario Power Generation, the solar project’s largest equity partner. One of them grabbed the back of the reptile’s oval shell, gently lifted it, and carried it to the side of the road.

Continuing along the crackling gravel, I saw something thrust itself through tall grasses ahead of us. A deer galloped up the hillside, tail erect. Then a second one emerged. In the distance rose a buck’s five-point rack.

To visit Nanticoke on this summer day in 2019 is to encounter the age of coal at the very moment of its unravelling. The building that contained the aging powerhouse was so stripped down, I could look through it and observe the lake. It felt like I was witnessing the fall of the Berlin Wall, which signaled the end of communism in the late 1980s. 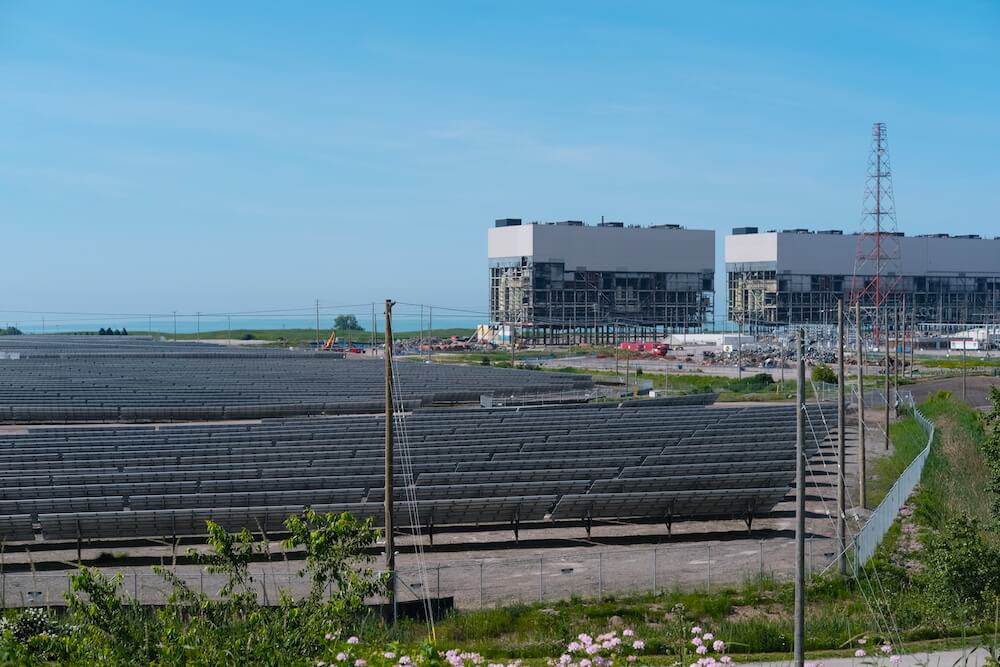 The last remaining buildings of the old Nanticoke coal plant (right) will be dismantled by September.

The abundance of wildlife returning to the site — rare ribbon snakes and Jefferson salamanders also live here — reflects a broader societal transformation. On this patch of Lake Erie shore south of Hamilton, industry and nature are making peace. The shining panels resembled the undulating surface of a lake.

As executive director of Physicians for the Environment from 2004 to 2015, I worked many years for coal power’s elimination. In conjunction with other advocates, I organized face-to-face meetings so physicians could tell Ontario’s environment minister what smog does to human lungs. One of our doctors said there were days the air was so toxic her patients couldn’t leave home.

Nanticoke once generated 15% of Ontario’s electricity. The last section of the old plant — which resembles an amusement park closed for the season — will be dismantled by September. All that remains is maintenance of the grass that grows beneath the panels. Who could have foreseen that animals would make homes in the vegetation between solar panels on the former coal-plant site? Staff tell me it needs to be tamed so birds don’t nest in it, which could cause the solar array to be obscured and fouled. It’s marvelous problems such as these that give me hope. OPG is looking to solve it through ecological means; the weeding may be done by sheep.

The transition is also an act of economic reconciliation. About a third of the workers who built the solar array are from Six Nations, just a 30-minute drive from the site. The project creates emissions-free power as it employs local Indigenous people.

Matt Jamieson, CEO/president of Six Nations’ Development Corporation, tells me they invested here for several reasons. “First and foremost, it aligns with our core values, which is ensuring we do the right thing for Mother Earth,” he says. As well, projects like Nanticoke Solar support autonomy. “One reason we created the Six Nations Development Corporation was to become experts in partnerships, meet our own needs and get economic clout to determine our future — so we wouldn’t be reliant on government.” 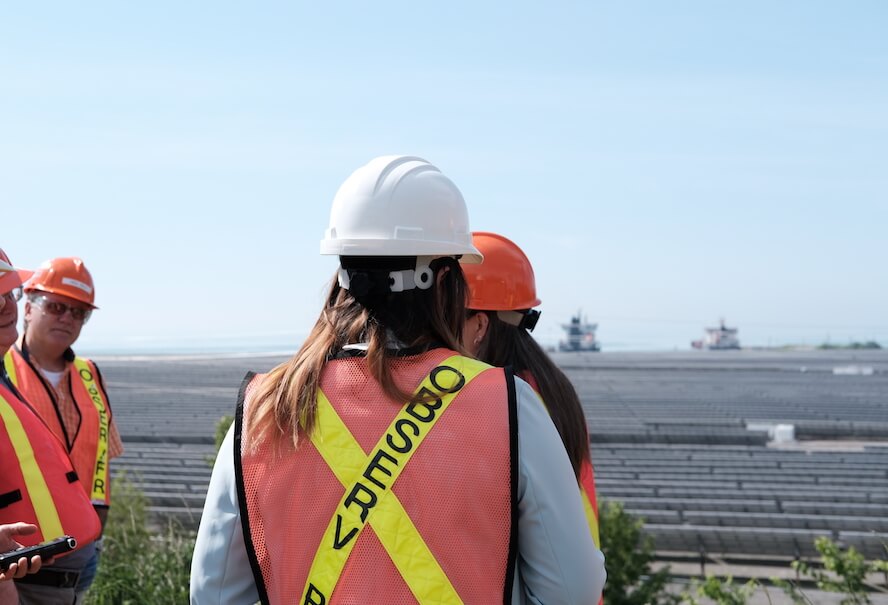 Six Nations’ 15 % equity stake in the project also makes financial sense. “It’s a 20-year project, which is attractive. We have a high degree of confidence that we’ll get a good return, and the risks are pretty low,” Jamieson explains. The contract promises the Six Nations people at least $10 million.

Most of that will go into Six Nations’ Economic Development Trust, helping to purchase such things as fire trucks and to provide housing and elder care. Renewable energy is a long-term solution so it supports residents’ long-term needs. Everyone can see its virtue: The sun produces electricity, which generates revenue, which funds public services.

Tabitha Curley, Six Nations Development Corporations’ communications manager, summarizes the process beautifully. She sees a spiritual dimension: “Ultimately our interests are to harness our Creator’s capital to benefit the community.”

The snapping turtle is a kind of fossil. It struts across the road with the claws and spiked tail of a dinosaur. So, some fossils are magnificent. But here at Nanticoke the noxious ones have been phased out. 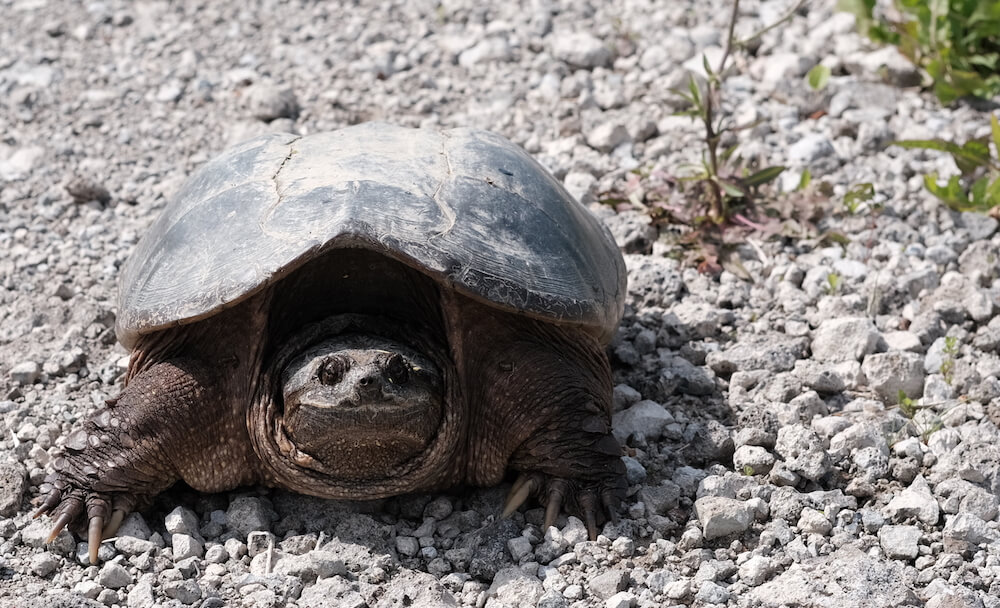