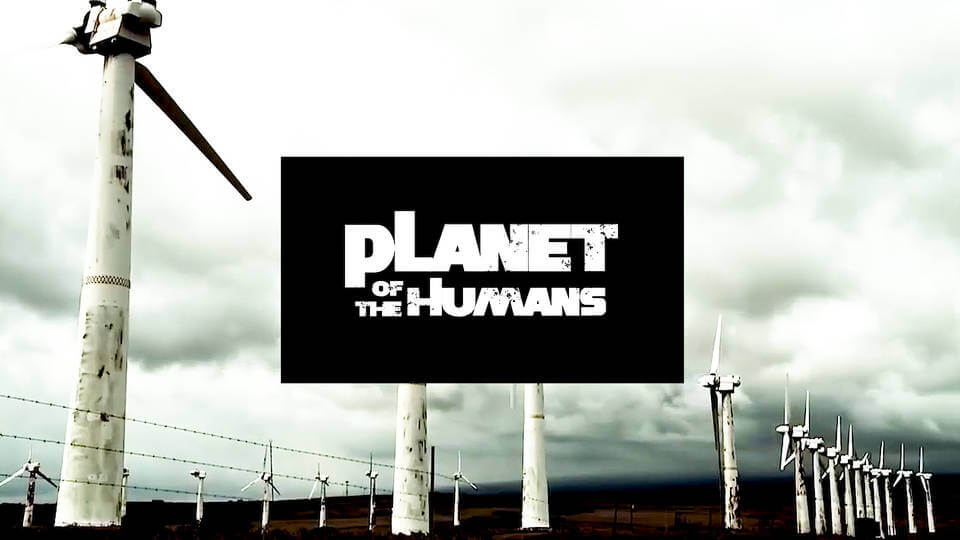 The latest Michael Moore documentary, Planet of the Humans, ends with a powerful scene. Picture two orangutans climbing the last standing tree in a foggy clear-cut rainforest. Dead tree branches slowly give way and the apes are forced down into the deep mud below.  Weak and shivering they push through the muck, heading away from the camera towards their likely demise. As disturbing as the scene is, the film is not really about endangered species or ecological destruction.  The target here is instead human nature itself: our inability to reconcile insatiable greed with the limitations of a finite planet – and the billionaires among us shilling imperfect renewable energy machines as the solution to this dilemma.

As long-term investors in the environmental economy, we recognize that the transition away from fossil fuels will come with tradeoffs and pain. Humanity has yet to acknowledge there is no free lunch in economics, no perpetual motion machine in science, and no form of energy that comes without cost. These truths are rightfully exposed in the film. But weighing the costs and benefits of the myriad forms of energy against each other is a very complex exercise. As such, director Jeff Gibbs’ claims are too often superficial, based on half-truths, and sometimes just plain wrong.

One example is the singular focus on the shortcomings of renewable energy technologies. In most cases, these technologies are in the early stages of tremendous development curves, yet in several instances, the film focuses on versions that have long since been replaced. For example, the camera sweeps past largely abandoned solar thermal arrays in a desert yet keeps newer photovoltaic solar technologies out of the picture. Gibbs interviews skeptical American solar installers about the poor performance of older thin film photovoltaic technologies instead of highlighting the amazing breakthroughs in modern silicon-based solar technologies.

In many jurisdictions, solar is now the cheapest way to generate electrons. It can be as little as half the cost of coal and natural gas. At only 2% of global installed electricity generation, plenty of solar growth is possible before intermittency becomes a challenge. Solar is not perfect, it cannot alone replace fossil generation, but it is absolutely going to be part of the solution.

One technology the film rightfully exposed is biomass. Burning wood to generate electricity is neither sustainable nor renewable. Trees simply don’t grow fast enough to sustainably supply scale-efficient biomass plants. They are often too green to burn on their own, requiring rubber tires or other fossil-based accelerants. Considering the importance of our remaining forests, clearcutting timber, often to be shipped great distances to subsidized markets, makes little sense to us.

By their nature, documentary films are supposed to expose mistruths; this one often amplifies them. Gibbs and Moore clearly had an agenda. The narrator leaves us feeling he’s uncovered a series of dirty little secrets: Did you know the steel in wind turbine towers are made with coking coal? And the switches in wind turbines contain sulphur hexafluoride – isn’t SF6 the most potent greenhouse gas known to man? Did you know solar panels aren’t made from sand, it’s actually mined quartzite and metallurgic coal? These rhetorical tricks are commonplace in Michael Moore films. It’s not like anyone was trying to conceal these ingredients.  For those that have paid attention, they are simply the trade-offs that all energy technologies need to make.

We believe it makes sense to ‘invest’ some of our scarce and dirty fossil fuels today in the more efficient production of fossil-free electricity for the future. Yet the narrator’s agenda is laid bare when he asks a young activist, “so renewable energy is basically just fossil fuel?” Absolute gold to the pro-fossil far right.

It’s not easy to produce a film that appeals at both ends of the political spectrum but Moore and Gibbs have something for everyone. Having turned renewable energy into a fossil fuel doppelganger, the film shifts focus to a group of plutocrats supporting the energy transition: people like Al Gore, David Blood, Richard Branson, Michael Bloomberg and Jeremy Grantham. As environmental investors, this part of the movie was particularly challenging for us to watch. These characters could have chosen many paths in life, but like us, have chosen to focus their energy on supporting environmental solutions.

We assume they also believe capital investment is a crucial part of transitioning to a more sustainable future. But this can come with the appearance of conflicts of interest and self-righteousness. In these times of massive inequality, wealth makes them popular targets today but their legacy will likely be much more nuanced than Moore and Gibbs suggest.

That said, the film rightly takes aim at large asset management companies that are increasingly using environmental challenges and the climate crisis as a moral shield to shill even more of their fee-producing products. Hidden behind confusing labels like ESG, sustainable, responsible, and impact, these firms are packaging investment vehicles filled with companies whose products and services do not solve environmental challenges and often make them worse. In our opinion, this “greenwashing” of capital investment should have been the singular focus of Gibbs and Moore’s film. More than the shortcomings of emerging renewable technologies or the motivations of green billionaires.

Human greed, selfishness, and unsustainability is most pervasive in capital markets these days. And it is increasingly being hidden behind so-called “ethical” labels. The greenwashing of investment management is a documentary film the world really needs.

John Cook and Greg Payne are the Greenchip Financial Co-Founders.