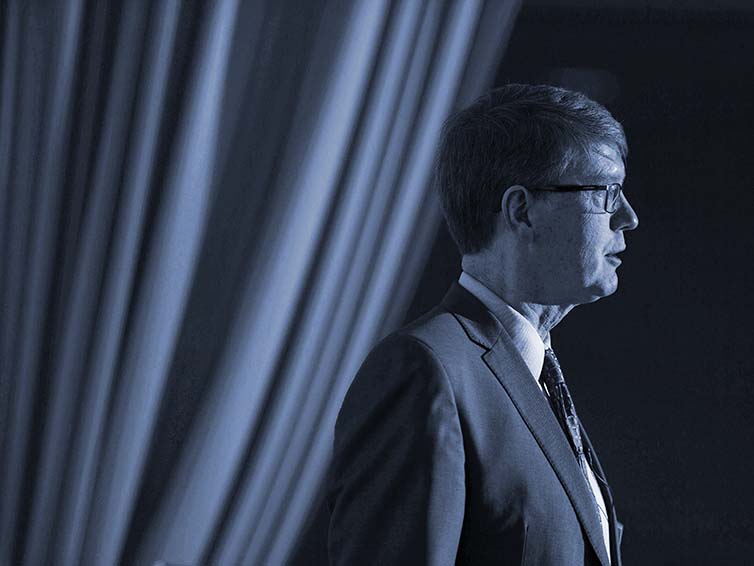 This past March, the Bank of Canada had its coming out party on the topic of climate change in the form of a speech at the Finance and Sustainability Initiative in Montreal by deputy governor Timothy Lane. In his talk, titled “Thermometer Rising – Climate Change and Canada’s Economic Future,” Lane offered glimpses into how the bank is grappling with the economic implications of climate change, which he cited as “one of the biggest challenges facing Canada and the world in the 21st century” that will have “material and pervasive effects” on the financial system.

He began by detailing the uncertain but escalating economic costs of dealing with climate change. Absent efforts to deal with global warming, these would likely run into the tens of billions of dollars on an annual basis by the 2050s, he said. As it pertains to the bank’s broad mandate for financial stability, a combination of physical, policy and liability risks could result in “stranded assets,” the rapid re-pricing of things like oil reserves that would in turn be negatively reflected on balance sheets.

Lane described the two tools to navigate the low-carbon transition in Canada as carbon pricing, which aligns incentives in the real economy, and green finance, which accelerates the transition. While many challenges remain, including uneven pricing of carbon globally and information gaps as to how companies are positioned to lead or lag this transition, Canada is well positioned to seize the opportunities by leveraging our large stores of renewable energy and growing capacity for clean innovation.

This summer, Corporate Knights caught up with Timothy Lane over the phone from his office in Ottawa to flesh out some of these themes.

CK: The Financial Stability Board (FSB) Task Force on Climate-related Financial Disclosures issued its final report this summer recommending better climate disclosure, including for banks, to disclose their credit exposure to carbon-related assets.

It also proposed that investors disclose their portfolio exposure to carbon-related assets, as well as climate opportunities, as part of their standard annual financial filings. Are these suggestions under consideration in Canada?

Lane: As a member of the FSB, we endorsed the task force’s report. In terms of implementing it within Canada, it falls mostly to the securities administrators, including the provincial securities authorities. The Office of the Superintendent of Financial Institutions also has a role, to the extent that it involves federally regulated financial institutions.

CK: What is the role for finance as it relates to the low-carbon economic transition?

Lane: There are two phases. The current phase is more at the level of socially responsible investing. There are certainly many investors that have an objective of making their investments support more responsible climate outcomes, a group that includes quite a few individual investors but increasingly some of the major institutional investors as well. In this phase, having clear standards for what constitutes a green bond, having funding that’s dedicated towards that kind of investment is useful as it harnesses some of that sense of social and environmental responsibility to actually develop some of these projects that will help mitigate climate change.

Where things could change is once carbon pricing becomes a bigger factor. With appropriate carbon pricing, green investing is basically a profitable investment too. Even investors that are not particularly socially responsible would start caring about how carbon pricing is going to affect the returns on their investment.

At that point, green finance becomes mainstream and you have funding being channelled in an appropriate way into those green investments. But I think during the first phase, when carbon pricing isn’t yet creating the incentives for those green investments that are in line with their broader economic benefits, there is still a benefit to having a framework for something like green bonds that harnesses the environmentally-responsible investment dollars.

CK: Other countries like China and France have issued green bond standards to kick-start green financial flows to some considerable success. Is this something Canada should look at?

Lane: A green bond standard makes sense. Standards are really important because you don’t want a situation where anybody could label anything green. Investors need to know that there is some consistency around these things, and certainly I think that’s why that was emphasized in the G20 report as well.

CK: One major trend we’ve observed over the past several years has involved global oil majors selling their oil sands assets to Canadian oil majors, underwritten in most cases by Canadian banks. From a financial stability perspective, is this exposure a point of curiosity for the Bank of Canada?

Lane: Our assessment has been that Canadian banks are well diversified, despite the fact that they are making substantial investments in certain industries like oil. They have investments or loans that are distributed widely across different parts of the Canadian economy. Three years ago, when oil prices dropped from around $120 to the neighbourhood of $30 a barrel, there was very little effect on even the profitability level, let alone the solvency of the Canadian banks.

We don’t think it is a major concern at the moment, but over time, as the economy shifts to a lower carbon basis, it is going to involve some significant changes to the structure of the financial system and what kind of activities get financed. There are a number of oil investments that look profitable with the current sort of energy and carbon intensity of the economy that would not be getting financed under a low-carbon economic scenario with lower oil prices.

CK: Could climate change be an opportunity for Canadian finance?

Lane: The Canadian financial system has a number of attributes that position it well for success in a changing environment. We have very resilient financial institutions and a lot of relevant expertise. There are many opportunities for Canada, not only on the financing side but also on the real side, including the development of new technologies as well as the implementation of those technologies and managing the changes in other aspects of the economy that might flow from those.

CK: Given Canada’s big focus on clean growth and the prowess of our financial sector, do you think Canada hosting next year’s G7 could play a special role in advancing green finance?

Lane: The plans for the 2018 G7 are still under construction, but clearly [green finance] is one of the priority topics for the world economy. These are common issues and they do cry out for a common global mindset.

I think they are ideally suited for international groups to talk about them and to come up with solutions.