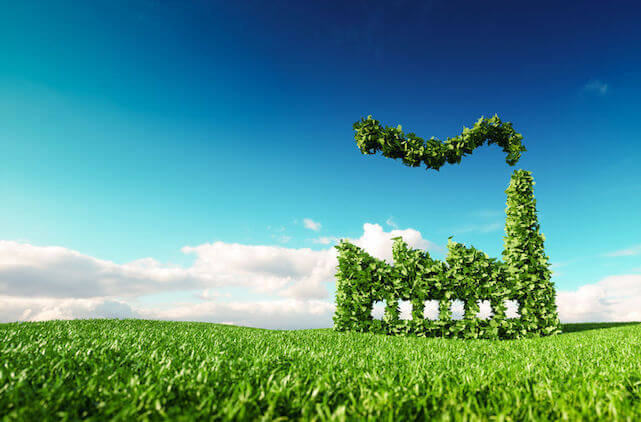 The world is at a turning point. Will we address the climate crisis in a timely and adequate manner and create a low-carbon economy, or will we fail to see the benefits of the transition and instead face the catastrophic impacts of global heating ill-prepared? With Canada’s energy intensive economy, there are market opportunities in climate adaptation and mitigation. Now is the perfect time to recalibrate Canada’s economy to thrive in a low-carbon world. The prize includes stronger GDP growth, hundreds of thousands of new jobs and billions of dollars of savings. What’s missing to get us there is an aggressive clean stimulus package to turbocharge the transition, one that would require an investment of slightly under 2% of the national GDP over six years.

To illustrate the economic prospects of various sector-specific climate policies, Corporate Knights worked with industry, government and academic experts to develop The Capital Plan for Clean Prosperity. The Plan has been divided into five sectors that have the biggest carbon and economic footprints in Canada: buildings, transportation, electricity, oil and gas, and heavy industry. In 2017, heavy industry was responsible for approximately 10% of Canada’s total emissions.[1]

What are the federal party positions on heavy industry?

With the federal election intensifying, parties are making an effort to highlight their policies around reducing emissions while simultaneously supporting Canadian industry and Canadian jobs.

While clearly intent on engaging industry in decision-making, all of these commitments fall short of providing the required financial firepower to ignite energy efficiency and decarbonization investments on a scale commensurate with the challenge and opportunity of climate action. Under the logic of “what gets funded gets done,” we propose a six-year time-bound clean stimulus program to cover the cost of improving energy efficiency and reducing emissions in the Canadian heavy industry sector.

We conducted extensive calculations based on data from sources such as Statistics Canada and Natural Resources Canada. By implementing an active clean stimulus program in the heavy industry sector, Canada could:

The policy that would bring us these numbers: A $16.8 billion clean public stimulus fund for investments that can reduce either heavy industry’s energy use or greenhouse gas (GHG) emissions by 50% by 2025.

Implementing the heavy industry clean stimulus program would require public financing of $16.8 billion over the next six years (2020 to 2025, inclusive). The goal is to ‘green’ 50% of Canadian heavy industry by halving either a company’s emissions or energy usage. The choice between emissions or energy reductions would be under the company’s discretion. The companies would be provided with grants from the federal government to achieve these reductions. If the companies fail to reach these goals, the grants would need to be repaid. The grants would be financed through the creation of a federal fund, the Low-Carbon Industry Fund, which would be financed through governmental green bond issuances to raise the required $16.8 billion.

It’s imperative for heavy industry to implement and develop energy and emission-saving technologies as soon as possible. To stay on track for a global temperature increase of 1.5 to 2C, low-carbon technologies should become standard by the early 2030s. There are many off-the-shelf technologies to do this as well a number of game changers in the realm of low-carbon cement, steel and aluminum. For example, in 2018, Alcoa and Rio Tinto unveiled a technology in Quebec that they described as “the world’s first carbon-free aluminum smelting process.” The pilot is supported by various companies as well as federal and provincial governments. The technology could reduce emissions in aluminum smelters and decrease operating costs by around 15%.[8] The Russian aluminum company Rusal is also working on its own line of carbon-free aluminum, showing that the global race is on. Another company from Quebec, Carbicrete, is developing a carbon-negative concrete alternative which sequesters carbon dioxide from the atmosphere and uses it to produce the sturdy material. In the steel industry, a partnership of Swedish firms is developing a fossil-free steelmaking technology with 20–30% lower production costs compared to traditional technology.

From 1990 to 2015, Canada’s industrial sector’s energy use increased 31%; it would have increased by 42% without energy efficiency improvements. Consequently, the sector saved $3.2 billion in energy costs in 2015.[9] The business case for investing in technology and reducing emissions or energy use is not hard to spot.

Despite all of these exciting technological developments, it will still be several years before some of these technologies are ready for commercial use. Before zero-carbon or even carbon negative manufacturing technologies are ready to be implemented in heavy industry, cutting emissions and energy use in the short term is vital. This can be both done by incremental changes and/or developing completely new, groundbreaking technologies. Grants such as the one proposed in our Capital Plan can push the needle for both small, cumulative improvements and more impactful technological breakthroughs.

The new jobs that would be created with the energy efficiency stimulus would amount, based on our calculations, to 19,500 new, full-time jobs. This includes direct, indirect and induced jobs.

The GDP increase between 2020 and 2025 could reach $13.2 billion with this stimulus project. With stronger economic growth through increased GDP, average income levels would go up and unemployment numbers would drop for mostly blue-collar workers in the construction and trades industry.

the realization of these energy efficiency projects, federal and provincial Canadian governments could benefit from additional tax revenues of $4.3 billion dollars. These tax revenues could offset approximately one-third of the cost of the program.

Companies could generate savings of close to $16 billion from 2020 to 2025 (inclusive) through reduced energy costs.

In 2017, heavy industry was responsible for approximately 10% of Canada’s GHG emissions. The absolute amount of GHGs emitted in heavy industry has gone down by 29% after peaking in 1996–1997. It’s notable that the federal government predicts that emissions from heavy industry will increase by 19% in the next six years over 2016 levels. This underlines the necessity of a clean stimulus program for the sector as soon as possible. The recommended clean stimulus program could reduce the sector’s emissions by 22 mt CO2e by 2025, or a nearly 30% reduction from 2016 levels. This would be the equivalent of taking 4.6 million cars off the road for a year.[10] The recommended stimulus program would achieve approximately 12% of the emissions reductions required to fulfill Canada’s commitments to the 2015 Paris Agreement.

These numbers show that engaging and supporting heavy industry to reduce emissions and/or its energy use is mutually beneficial both for industry and Canadians. With the importance of heavy industry to the Canadian economy and the unavoidable emergence of the low-carbon economy, this mechanism would undoubtedly bring Canada further down the path to a cleaner manufacturing sector and a cleaner environment.

We are, indeed, at a turning point. How we act in the next decade will determine the climate conditions of dozens of future generations. Transitioning into a low-carbon economy is not an alternative course of action, but a necessity to ensure a stable future for Canada. Due to the fact that governments set the framework for how corporations and individuals operate in the economy, the onus on climate action largely lies with federal and provincial governments. Regardless which party is elected October 21, the Capital Plan for Clean Prosperity offers Canada the opportunity to pivot towards a low-carbon economy at this critical time. Adopting the Plan would bring economic prosperity to Canadians through new jobs, higher GDP, and savings for individuals, corporations and governments. The window of opportunity for economic, social and environmental prosperity for generations to come is still open. The question remains, will Canada’s incoming government seize it?

Corporate Knights is committed to providing the public and decision makers with information about the intersection of business, environment and society. Learn more about the rest of our Capital Plan for Clean Prosperity addressing buildings, transport, electricity, and oil and gas  on our website. You can find an overview of the plan here.

[2] Carbon leakage refers to a situation that may occur if, for reasons of costs related to climate policies, businesses were to transfer production to other countries with laxer emission constraints, leading to an increase in total emissions. (European Commission)

[7] “Carbon dioxide equivalent” or “CO2e” is a term for describing different greenhouse gases in a common unit.  For any quantity and type of greenhouse gas, CO2e signifies the amount of CO2 which would have the equivalent global warming impact.