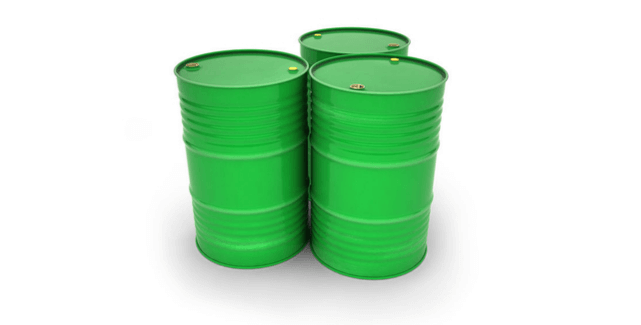 With files from Toby Heaps and Aleena Naseem

The urgent need to transition into a low-carbon economy is becoming increasingly clear. Abnormally violent natural disasters are ravaging countless parts of the world and various intergovernmental reports have warned that the window is closing to avoid the worst of climate change. As fossil fuels are a central climate culprit, industries based on these energy sources are trying to find ways to adapt to a changing world where investors are increasingly wary about the industry’s future. In Canada, the stakes are high to ensure a more efficient cost structure for oil and gas extraction while kickstarting the industry’s diversification into renewable fuels and valuable materials.

Tapping into the low-carbon market is a significant opportunity for Canada to boost the national economy while simultaneously reducing greenhouse gas emissions. This could be done through an aggressive clean stimulus package that would bring Canadians hundreds of thousands of new jobs and increase national GDP substantially. The economy-wide program would require an investment of under 2% of the national GDP over six years to create the aforementioned economic and environmental benefits.

To illustrate the economic prospects of various sector-specific climate policies, Corporate Knights worked with industry, government and academic experts to develop The Capital Plan for Clean Prosperity. The plan has been divided into five sectors that have the biggest carbon and economic footprints in Canada: buildings, transportation, electricity, oil and gas, and heavy industry. In 2017, the oil and gas industry was responsible for approximately 27% of Canada’s total emissions.[1] Oil and gas and other resource-heavy industries are a significant part of the Canadian economy, and the industry drives many of the country’s economic, social and environmental conditions.

With just days to go until the federal election, parties are searching for ways to reconcile the importance of the oil and gas sector to the Canadian economy, and the jobs associated with it, with the need to eliminate all greenhouse gas emissions in the next thirty years.

What are the party stances on the oil and gas sector?

While some of these polices offer a departure from business-as-usual, the lack of detail and sufficient funding hinder the opportunity to ensure that Canada’s oil and gas sector can compete in a low-carbon world. None of the party platforms propose measures to make the industry more cost-efficient and less environmentally harmful, which is imperative to cutting Canada’s emissions in half in the next ten years.

Under the logic of “what gets funded gets done,” we propose a six-year time-bound clean stimulus program to cover the cost of improving the energy efficiency of the Canadian oil and gas industry.

We conducted extensive calculations based on data from sources such as Statistics Canada and Natural Resources Canada. These calculations demonstrate that by implementing an active clean stimulus program in the oil and gas sector over the next six years, Canada could:

The range in the figures is due to the use of different multipliers from different data sources.[7]

A single policy could bring us these numbers: Clean public stimulus to make 30% of oil and gas operations 50% more energy efficient by 2025; total cost: $21B.

Executing our proposed clean stimulus program would require public financing of $21 billion over the next six years. According to research and development organization Alberta Innovates, there are numerous off-the-shelf ways to improve the energy efficiency of the oil and gas sector by as much as 40% to 80% in terms of a well-to-refinery GHG emission lifecycle analysis. These include, for example, carbon capture and utilization, electromagnetic or electric heating with renewable energy sources, pure solvent extraction, renewable energy-based recovery technologies to replace steam development in oil sands and renewable energy for transmission and transportation. These technologies don’t only reduce emissions, they also reduce costs by $5 per barrel on average. This is critical as investors shift their focus from production growth to operating margins.

The program would be executed through grants offered to industry entities to implement select technologies to improve their energy efficiency. If sufficient energy efficiency improvements were not achieved, the companies would need to repay the grants. The grants would be financed through the creation of a federal fund, the Low-Carbon Energy Fund, which would be financed through governmental green bond issuances to raise the required funds.

Based on our calculations, the energy efficiency stimulus would create 16,000 to 35,000 new jobs. These jobs would be created in the oil and gas industry and more specifically in trades, construction, and engineering services.

The GDP increase from 2020 through 2025 could range from $21 billion to $21.5 billion with this stimulus project. With stronger economic growth through increased GDP, average income levels would go up and unemployment numbers would drop for mostly blue-collar workers in the construction and trades industry.

By realizing the aforementioned energy efficiency project, the Canadian government could benefit from additional tax revenues of $6.8 to $7 billion dollars. These tax revenues could offset nearly a third of the cost of the program.

Companies could generate savings of $10.1 billion from 2020 to 2025 (inclusive) through reduced energy costs.

Emissions: 16% reduction in the oil and gas sector

In 2017, the oil and gas industry was responsible for approximately 27% of Canada’s GHG emissions. Emissions intensity per barrel has decreased by 28% from 2000 to 2017.[9] However, the sector’s overall emissions have increased 84% since 1990, mostly due to the increased production of crude oil and oil sands expansion.[10] The recommended stimulus program could reduce the sector’s emissions by 30 mt CO2e by 2025, or a 16% reduction from 2016 levels. This would be the equivalent of taking 6.4 million cars off the road for a year.[11] Furthermore, the federal government is predicting that total emissions from the sector will increase by 15 mt CO2e by 2025 without the aforementioned policy action. This points to the fact that significant emissions reductions are not currently projected in the industry, which means that taking action with a clean stimulus package is imperative. The recommended stimulus package would achieve approximately 16% of the emissions reductions required to fulfill Canada’s commitments to the 2015 Paris Agreement.

These figures show that despite the contentiousness around the viability of the oil and gas sector, there are benefits to investing in energy efficiency measures in the sector. A relevant and recent example is Suncor, which announced in September 2019 that it is planning on investing $1.4 billion to replace its coke-fired boilers with two cogeneration units at its oil sands base plant. The project will deliver a “high teens” return and have a material impact on Suncor’s GHG goal; it’s both economically and environmentally beneficial.[12] It’s also important to note that bitumen can be used in the manufacturing of low-carbon products such as carbon fibres, which is currently growing into a multibillion-dollar market.[13] Carbon fibre can be used in electric vehicles, for example, to reduce the weight of the vehicle. These alternative uses of bitumen show that the future of the industry includes numerous new economic opportunities that lean more into a low-carbon world than the industry’s traditional operations.

Corporate Knights is committed to providing the public and decision makers with information about the intersection of business, environment and society. Learn more about the rest of our Capital Plan for Clean Prosperity addressing buildings, transport, electricity, and heavy industry on our website. You can find an overview of the plan here.

**The wide range for the GDP estimate results from application of multipliers with varying degrees of conservatism.

[6] “Carbon dioxide equivalent” or “CO2e” is a term for describing different greenhouse gases in a common unit.  For any quantity and type of greenhouse gas, CO2e signifies the amount of CO2 which would have the equivalent global warming impact.

[7] These calculations are based on best available models and are meant to be suggestive. The differences between multipliers depend on, for example, the state of the economy, the location of the manufacturing (in Canada or in a foreign country), interaction with demand for other sectors and exchange rates.