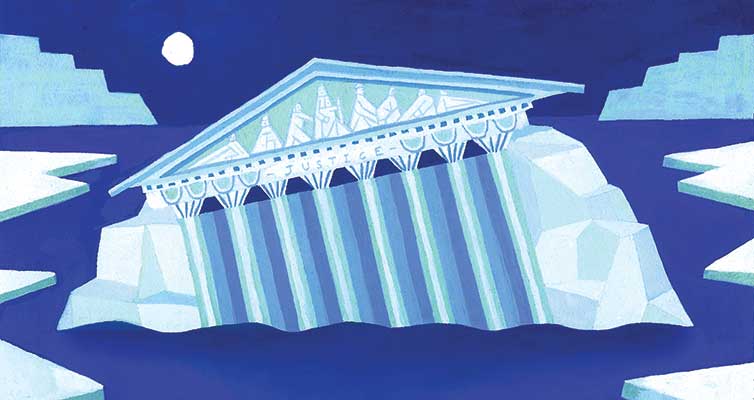 What do Kelsey Juliana from Eugene, Oregon, and Ridhima Pandey from the northern Indian state of Uttarakhand have in common? They are among a growing group of youth suing their governments for putting their futures at risk by failing to take serious action on climate change.

Citizens around the world have long been searching for ways to force their governments to take climate change seriously. The number of climate-based lawsuits in the U.S. alone is staggering. While few of these lawsuits have been successful, a number of recent legal successes abroad suggest the tide of climate litigation may be about to turn.

On June 24, 2015, a Dutch court made history when it held that the government owed a legal duty to reduce its greenhouse gas (GHG) emissions by 25 per cent below 1990 levels by 2020. Even though the Dutch government already had a reasonably ambitious GHG emissions reduction plan in place, the court held that it was insufficient given international recognition at COP16 in 2010 that developed countries need to reduce their emissions 25 to 40 per cent below 1990 levels by 2020 in order to avoid 2 C of warming.

Only a few months later, a Pakistani court ordered the government to take steps to implement its national climate plan on the basis of the risks posed by climate change to the fundamental rights of its citizens, particularly the weak and vulnerable.

Closer to home, a lawsuit filed by 21 youth plaintiffs (including Kelsey Juliana) and world-renowned climate scientist James Hansen on behalf of future generations against the U.S. government cleared an important hurdle in November 2016 when federal judge Ann Aiken rejected the government and fossil fuel industries’ motion to dismiss the case. In her reasons, the judge wrote that she has “no doubt that the right to a climate system capable of sustainable human life is fundamental to a free and ordered society,” and that “a stable climate system is quite literally the foundation of society without which there would be neither civilization nor progress.”

Many other climate lawsuits are underway around the world. Some take governments to task for failing to sufficiently reduce GHG emissions, such as a claim against the Belgian government and Ridhima Pandey’s lawsuit against the Indian government. Others challenge government authorizations of fossil fuel development, such as a claim against the Norwegian government’s approval of oil drilling and a South African NGO’s recent successful challenge to the approval of a coal-fired power station. One further avenue involves claims based on discrimination, such as a lawsuit by a group of senior women in Switzerland claiming that they are disproportionately at risk from climate-related heat waves.

And governments are not the only targets of litigation. The Philippines’ Commission on Human Rights has launched an investigation into the human rights implications of the GHG emissions of some 47 major private companies, including big players like Shell, Chevron and BP. Pension fund administrators have been made keenly aware of their fiduciary responsibility to consider the risks of climate change in their investments, or risk lawsuits holding them accountable to do so.

The question for Canada is not so much whether climate litigation will come here (it already has), but rather which climate-based lawsuit will be the first to win.

Canadian climate litigation got off to a rocky start last decade with two unsuccessful cases. The first case was based on a provision in the Kyoto Protocol Implementation Act (legislation passed by opposition parties during a minority government), which required the government to file a plan for how it would meet its Kyoto obligations. When the plan that was filed was deemed inadequate for meeting Kyoto, NGO Friends of the Earth sued the federal government. It lost its bid, however, because the legislation only required the filing of a climate plan (which the government did), and did not render the content of that plan reviewable by courts. The second case was a challenge by former MP Daniel Turp to the government’s decision to withdraw from the Kyoto Protocol. The court rejected Turp’s challenge on the basis that the choice to withdraw from Kyoto was a political decision, and therefore not reviewable by courts.

While the outcomes of the cases may have put a damper on the enthusiasm of would-be climate challengers, they shouldn’t be taken as a sign that climate litigation is doomed to fail in Canada. It does mean, however, that potential litigants will need to frame their cases in a way that raises clear legal questions. For instance, the court in the Turp case pointed out that the government’s decision to withdraw from Kyoto would have been reviewable had a Charter violation been alleged. 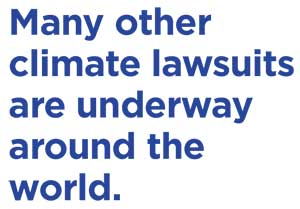 Indeed, we are likely to soon see a lawsuit alleging that Canada’s decisions in relation to GHG emissions violate the Canadian Charter of Rights and Freedoms. The Charter protects the right to life, liberty and security of the person (section 7), to equality (section 15) and the Constitution also guarantees aboriginal rights and title (section 35). While the Charter does not explicitly guarantee the right to a stable climate, nor environmental rights such as the right to clean water or air, many have argued that these rights are implicitly guaranteed by section 7, since they are precursors to life itself.

The success of a climate-based Charter challenge will depend on a number of factors, including who would bring the case, what government conduct would be challenged and whether the courts would accept the causal link between the present and future harms of climate change and the government’s management of GHG emissions.

A challenge by indigenous youth living in the North, where some of the most pronounced impacts of climate change are already being felt, would likely be the most compelling case. Such a claim could be grounded in both sections 7 and 15 of the Charter. The government’s own climate policy framework, the Pan-Canadian Framework on Clean Growth and Climate Change, acknowledges that “Indigenous Peoples, northern and coastal regions and communities in Canada are particularly vulnerable and disproportionately affected” by climate change. There is ample evidence of how climate change is and will continue to harm the livelihoods and cultural rights of indigenous communities living in Canada. Youth are also particularly exposed, given that it is their future we are gambling with.

It might be tempting to base a lawsuit on the right to a stable climate as part of the right to life, but litigants would be wise to challenge specific government decisions in lieu of inaction on climate change. This is because there is a long-standing debate in Canada about the extent to which the Charter creates positive duties on government, and climate litigants may opt to reduce the risk of their case being dismissed on these grounds. Instead, litigants could challenge the authorization of particular fossil fuel development projects or even the constellation of government actions over the past several decades which has left Canada unable to meet its own GHG reduction targets. Although the government projects that the measures promised in the Pan-Canadian Framework will get us fairly close to our 2030 target, litigants may argue this is too little, too late, as it falls far short of the threshold the court held the Dutch government accountable to in the Urgenda case (25 per cent below 1990 levels by 2020) – the level of reduction needed to avoid 2 C of warming.

Causation has been the thorn in the side of many environmental rights cases in the past, but may be, somewhat ironically, less of a burden in the case of climate change. This is due to the widespread scientific consensus articulated by the Intergovernmental Panel on Climate Change (IPCC) and endorsed by the Canadian government of both present and future physical and psychological harms from climate change. It would be difficult for any party to bring forth the expert evidence necessary to contest the findings of the IPCC, which summarize the conclusions of hundreds of scientific studies from experts around the world. The court in the Dutch decision based its decision on the rich evidentiary base provided by the IPCC and its government’s own analyses. In Oregon, magistrate judge Thomas Coffin pointed out that: “[t]he government has admitted that, yes, climate change is a reality and that, yes, it’s induced by human activity, and they admit that CO2 right now is at a level of 400 parts per million, which … is the highest level in millions of years.”

In Canada, the Federal Court of Appeal recently recognized the causal link between climate change and harm to humans in a decision rejecting a constitutional challenge by Syncrude to federal renewable fuel regulations. In that decision, the court stated unequivocally that GHGs are harmful to both health and the environment, and stated that this link is uncontroverted. The reality is that the state of the science is such that courts are increasingly taking judicial notice of climate change and its impacts.

It will be interesting to see how Canadian courts respond to the climate cases that will inevitably come their way, and the difficult, novel issues those cases will undoubtedly present. From doctor-assisted suicide to same-sex marriage, Canadian judges have shown themselves to be capable of adapting the law to new realities. Given the serious risks of climate change and the human rights implications of not dealing with it, judges interpreting climate cases around the world are increasingly making decisions that will place them on the right side of history.

At some point in the not too distant future, Canadian judges are sure to do the same.