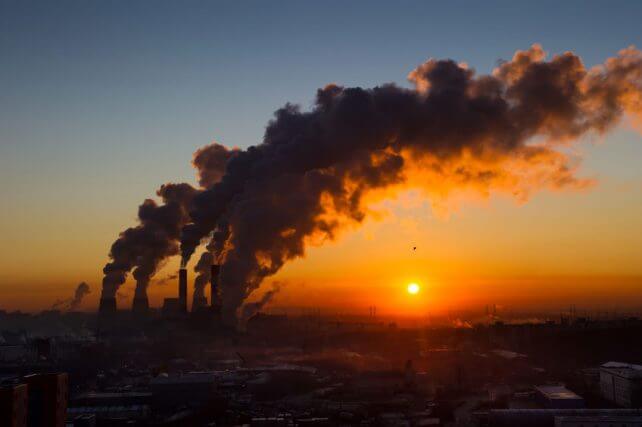 COVID-19 is forcing us into a deadly impasse. Either we kill our economies by keeping them closed or, in the event of a second wave, we kill more of ourselves by opening them up. Hoping for the best is not a strategy. There is a way forward, for the health of ourselves as well as our planet.

The prevailing explanation for the transmission of the coronavirus – through direct exposure to infected people – leaves too much unexplained. Why do so many people get infected without evidence of direct exposure? How come individual cases of COVID-19 can be found everywhere, yet the major outbreaks are restricted to certain areas and facilities? What really stopped the outbreaks in Wuhan and South Korea? Perhaps something else is going on.

Evidence is mounting for another form of transmission: through polluted air. This finding was first reported in March by a team of researchers in Italy. They identified an association between atmospheric pollution and the rapid propagation of the virus: specifically, that minute particles of the virus attach to particles in polluted air. Judging by earlier tests on Zika, SARS and Ebola, the virus could remain active in the air for several hundred metres, and therefore infect people beyond a few metres’ distance.

This finding was picked up in late April by The Guardian, which quoted British scientists agreeing that “small droplets [containing the virus] could combine with background urban particles and be carried around.” The Italian findings were recently cited, with additional evidence, in a report by the All Party Parliamentary Group on Air Pollution in the U.K.*

In its June issue, the Environment International journal calls on “national authorities [to] acknowledge the reality that the virus spreads through air.”

We can call this Level 2 atmospheric transmission, to contrast it with Level 1 proximate transmission. This new understanding can explain why, by early April, all 10 of the largest outbreaks of the pandemic – within China, the United States, Italy, Spain and Germany – occurred in places of heavy pollution. The evidence that the air in some cruise ships and seniors’ residences had high levels of contamination suggests further that the virus could circulate in indoor air, through ventilating systems (as was found with Legionnaires’ disease) or through the natural flow of inside air. How else to explain why so many people locked down in their rooms became infected?

Level 2 atmospheric transmission is the likely superspreader, indoors as well as outdoors. While Level 1 contact can explain how individuals get infected in the first place, Level 2 exposure may better explain how the wider outbreaks occur, and why that happens in some places and not others. An individual can carry the virus to a new place and infect people nearby. But from there, polluted air may take over and do the superspreading, as it carries the virus in the atmospheres of only some cities and buildings (depending on factors such as humidity, sun exposure and air movements).

Consider Level 2 in terms of the density and duration of the active particles. The density of these tiny particles in the atmosphere may be less than that of the heavier particles coughed into a room. But they can last longer – apparently up to hours instead of minutes – and be replaced continuously. We do know from the experience of healthcare workers that the longer people are exposed to the virus, the greater their chances of getting infected. Think, then, of all those people who are exposed to polluted air, some for as much as 24/7 (indoors as well as outdoors).

I am not a physician, but I do see myself as a pattern recognizer, especially in my books on management and organizations. And from the day in early April when I read about the Italian findings, I detected a pattern in a number of the anomalies around the spread of the coronavirus that I had identified in a blog post a few days earlier. Airborne transmission could explain this. It could also explain how we deal with the pandemic, as well as how we research it.

We require research that is grounded in learning, alongside the more formal procedures of proper research. When I asked several epidemiologists about the implications of Level 2 transmission, most were dismissive. All called for further research – one estimated two or three years of it. We can no more wait for that than we can continue to flatten the curve while waiting for a vaccine.

The evidence we do have for airborne transmission looks a lot sounder than whatever underlies the hodgepodge of reopenings currently being pursued. What evidence supports once again firing up our polluting cities? While proper research must unfold as it should, we require detective research, namely the investigation of every plausible option to deal with the virus. Is this risky? The course we are on – focusing on Level 1 transmission – is the truly risky one.

The stakes are high, while the options are few. By suspending that focus, we could discover all kinds of ways to proceed. Should we really be opening our windows to clear the air inside our buildings? Not if that brings in more dangerous air from the outside. Should we remove the masks when no one is nearby (as is now being done in some hospitals) or allow schools and plants to reopen so long as everyone can keep their distance? Not if the air inside is found to contain contaminants that could be carrying the virus.

By stopping the polluting, indoors and outdoors, we may be able to stop the pandemic. China and South Korea have been lauded for isolating their people to flatten the curve. But the greater benefit may have been serendipitous. With reduced traffic and industry, the outbreaks might have ended because the pollution abated. If so, then simply reopening our economies, however gradually, could turn out to be deadly if it triggers a second wave.

Must we force ourselves into this either/or impasse, between the flawed options of opening up and closing down? We can open up our economies selectively, where distancing is possible, by allowing the resumption of activities that barely pollute while keeping major sources of pollution closed until they can be cleaned up – if ever. If this sounds drastic, it may turn out to be not nearly as harsh as the alternatives we’re facing now.

Indoors, we should be investigating every problematic space – residences and schools, offices and arenas, factories and meatpacking plants – and allow no one back inside until experts declare the air to be safe from the virus.

Do the experts always get it right? When cholera broke out in London in 1854, the established belief was that the disease was transmitted through the air. Dr. John Snow’s belief about transmission through polluted water was dismissed by the medical establishment. Snow placed a pin on a map where each person had died and found that all but two casualties were clustered around one well in Soho. The two outliers turned out to have also drunk water from that well. While the physicians tried to cope with the outbreak, the handle was taken off the pump of the well, and the outbreak ended.

Still, it took another 12 years for medicine to accept that cholera is a water-borne disease.

The evidence suggests that we need to stop the polluting to stop the pandemic. By so doing, we will have done the right thing to preserve our health, as well as for the planet, which has had enough of our warming.

*On May 29, in a medRxiv preprint, researchers in the MRC Toxicology Unit at the University of Cambridge reported, “Our model indicated that exposure to PM2.5 and PM10 [pollutants found in outdoor and indoor air] increases the risk of COVID-19 infection.”

Henry Mintzberg is Cleghorn Professor of Management Studies in the Desautels Faculty of Management at McGill University and the author of Managing the Myths of Health Care.

A variation of this piece is co-posted on mintzberg.org/blog and licensed under a Creative Commons Attribution-NonCommercial 4.0 International licence.