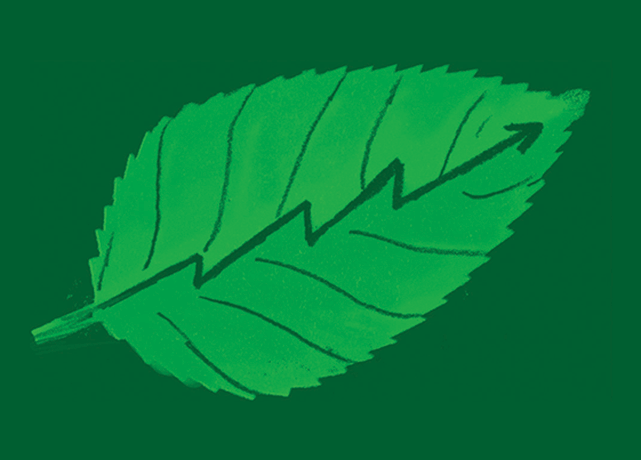 The latest research suggests that natural sinks of carbon on land may be slowing or even turning into sources, creating climate consequences potentially worse than first thought.

Nature has provided humans with a buffer against the worst effects of our carbon pollution. Since 1750, we have emitted about 580 billion tonnes of carbon into the atmosphere by burning fossil fuels, cutting down forests and making cement. If those emissions had simply accumulated in the air, the concentration of carbon dioxide would have increased from 280 parts per million (ppm), as it was before the Industrial Revolution, to about 550 ppm today. Instead, we currently measure around 400 ppm, which is still a whopping 40 per cent above the planet’s pre-industrial atmosphere, but much less than a doubling.

Some 60 per cent of our emissions have been taken up in natural sinks by, in roughly equal parts, dissolving into the ocean and by being taken up by plants growing faster on land. Were it not for these natural carbon sinks, we would by now be much deeper into dangerous climate change.

As we continue to burn fossil fuels, our climate troubles will become worse should those sinks start to falter. And the outlook will be worse still if those sinks turn into sources of carbon.

According to the latest research, the carbon sink on land is unfortunately starting to show signs of trouble. Instead of providing a brake on human emissions, the land carbon sink could instead soon be giving our emissions a boost. (The ocean sink appears to be relatively safe for now, although there is a price to pay: the consequence of the process of carbon dioxide dissolving into seawater, ocean acidification, has been called climate change’s evil twin with its own, non-climate related consequences for marine life.) 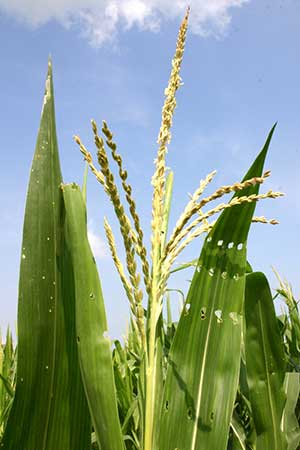 We often hear climate-change deniers referring to carbon dioxide as “plant food”. They are right: when the amount of carbon dioxide in the air increases, it does act as fertilizer for plants. In fact, this is the reason we have seen a land sink for carbon over the past two hundred years: the carbon dioxide we emitted made plants grow faster. But just as humans do not live on bread alone, neither do plants thrive solely on carbon dioxide. Plants also need water, the right climatic conditions and, crucially, a supply of other ingredients from the soil. As every suburbanite knows, a front lawn requires more than just air and water for it to look its best. It also needs fertilizer, especially an extra supply of nitrogen and phosphorous. In nature, the supply of these nutrients is limited.

A recent study in the journal Nature Geoscience by National Center for Atmospheric Research scientist Will Wieder and colleagues looked at how the land carbon sink would perform once realistic natural supplies of nitrogen and phosphorous were taken into account. When looking at the worst-case human emissions pathway over the rest of this century, they found that instead of the land biosphere acting as a large net sink – as the IPCC studies calculate – the response of a nutrient-constrained system would be a net source of carbon. The difference between the two estimates is 280 billion tonnes of carbon, which is roughly equivalent to 25 years of human emissions at current emission rates.

There are huge uncertainties in studies of this type and much more research needs to be done. Nevertheless, it is a concern that the carbon-cycle response to human-caused climate change may turn out to be worse than even the IPCC’s latest report predicts.

This is not the end of the bad news. Additional recent studies suggest that carbon cycle changes may turn out even worse than this.

One such study looked at the emissions from thawing permafrost. Ted Schuur of the Northern University of Arizona, along with 16 colleagues, published a paper this year in the journal Nature that reviewed the latest research on how Arctic permafrost is responding to climate change. They noted that permafrost feedbacks are not yet included in IPCC models. Frozen soils in the Arctic contain huge quantities of carbon, which, as the region warms more rapidly than the planet as a whole, are becoming exposed to degradation by microbes as they thaw. The researchers estimate that, in the worst-case emissions pathway, approximately 145 billion tonnes of carbon could be released this century as the permafrost thaws.  That is equivalent to well over a decade of human emissions at current rates.

Finally, an additional study published this year in Nature by more than 90 scientists, all Amazon rainforest experts, found that the rate at which the forest has been acting as a sink of carbon dioxide has begun to decline over the past 25 years. The rate of tree growth has been flat lately, but the data show that trees are dying more quickly. The trend suggests that the Amazon Basin may soon turn from a sink of carbon into a source of carbon as the dead trees start to decompose. 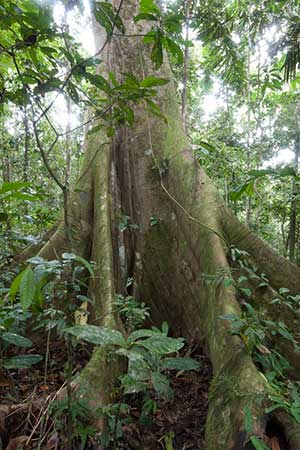 New data suggests that the Amazon Basin may soon turn from a sink of carbon into a source of carbon.

The reasons for the decline are not clear, but researchers suggest that rapid tree growth in the 20th century may have led to premature mortality. Regional droughts linked to climate change, such as the one in 2010, may also play a role. The trees and soils in the Amazon contain as much as 200 billion tonnes of carbon and nobody knows how much of this will be lost over coming decades. The same process may be happening in other tropical rainforests in Africa and Southeast Asia, but these areas have not yet been studied as closely as the Amazon.

What this all adds up to is that carbon cycle feedbacks caused by human interventions could be much worse than the IPCC has calculated. If we continue to follow the worst-case emissions scenario – adding about 1,700 billion tonnes of carbon from fossil fuels by 2100 – nature could contribute an additional 400 billion tonnes or more.

For the sake of comparison, that’s more than the 395 billion tonnes humans have emitted from fossil fuels since 1750. An alternative way of looking at this is, if we succeeded in cutting back our emissions by 400 billion tonnes – equal to about 40 years’ worth at our current rates – then nature would put us back on the currently modelled worst-case path.

The nitrogen and phosphorous fertilization restrictions will not create a big problem under strict mitigation, but permafrost feedbacks will still occur. Even if the world warms on average by 2 degrees, the Arctic will warm at twice that amount and some permafrost thaw is inevitable. Researchers Andrew MacDougall, Christopher Avis and Andrew Weaver at the University of Victoria estimated in a Nature Geoscience paper in 2012 that permafrost feedbacks under an aggressive emissions pathway would still be 40 per cent of what they would be under the worst-case scenario. And, as the Amazon Basin researchers have reported, that carbon sink already seems to be faltering faster than previously anticipated.

When analysts say we have just 400 billion tonnes of carbon left that we can safely burn to stand a good chance of keeping global warming below 2 degrees, they usually are not factoring in permafrost thaw or Amazon forest die-back effects. (Update: This is a high estimate, based on the website triilionthtonne.org. The latest IPCC estimates, updated to take account for emissions since 2012, give a remaining budget of under 300 billion tonnes of carbon for a 50 per cent chance of staying under 2 degrees of warming.)

That 400 billion tonne allowance should probably be reduced to 300-350 billion tonnes once we take the permafrost and tropical forest feedbacks into account.

And, when we hear that we have just 25 or 35 years left at current emissions rates before we cross the dangerous climate change threshold, we should reduce that time limit by five or 10 years, since nature will be quietly boosting our carbon emissions over the coming decades. That effect hasn’t yet been factored into most of the studies.

Although this is alarming, none of this means that the fate of the climate is out of our hands. On the contrary, once we factor in carbon-cycle feedbacks, it means our mitigation efforts will have a bigger climate pay-off than we previously thought they would.

The more we can do today, the more carbon-cycle feedbacks we will avoid later.