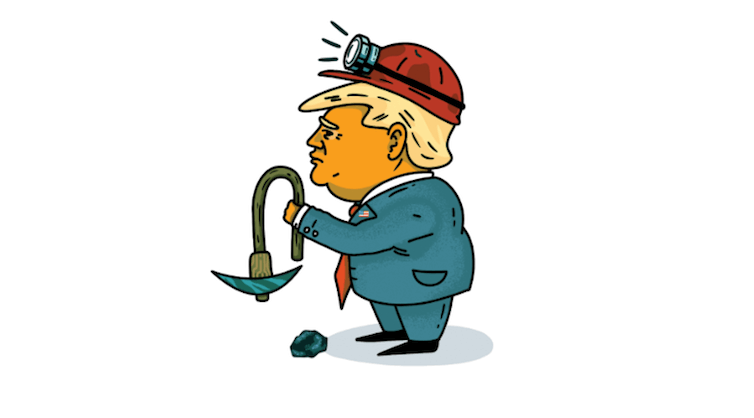 Despite the White House’s efforts to prop up the coal industry, the U.S. was on track to shut down more coal plants in 2018 than in any other year. “The thing that has changed fundamentally the whole picture is that renewables have gotten so cheap,” says Jim Barry, global head of BlackRock’s infrastructure investment group. BlackRock is the world’s largest asset manager with US$6.29 trillion in assets under management.

The Obama-era Clean Power Plan (CPP) aimed to reduce greenhouse gas (GHG) emissions from fossil fuel-fired electric generating units – partly by replacing coal production with cleaner plants powered by solar, wind or natural gas. Two months after Donald Trump took office, the administration of the President of the U.S. (POTUS) announced plans to repeal the CPP as part of its campaign to reduce industry regulations. Activists tried to block the Trump administration’s efforts, until the U.S. Supreme Court ruled in October against any further court challenges to repealing the CPP.

According to the Washington Post, over the next decade the revised regulations would allow GHG emissions 12 times greater than those permitted under the CPP – a major setback to human health and U.S. efforts to reduce climate change. But industry reports say things may not get that bad – because the coal industry’s slide into oblivion is continuing despite the Republicans’ best efforts.

A research report published in October by the Institute for Energy Economics and Financial Analysis (IEEFA) calculated that 2018 would see a record decline in U.S. coal-plant capacity – with the shutdown of 44 units at 22 plants, amounting to a capacity decrease of 15.4 gigawatts. IEEFA analysts predicted that scheduled shutdowns over the next six years would reduce U.S. coal-fired capacity by 15 per cent – not including future closures that haven’t yet been announced.

The report said older coal-fired plants just can’t compete, “as renewables and gas-fired generation are proving cheaper and more flexible.“ The report’s author, data analyst Seth Feaster, told Green Tech Media the IEEFA knows of several more coal plants now under review. “We are also aware of some other plants and units that are now running at low capacity factors, and are likely to get closed in the next few years.”