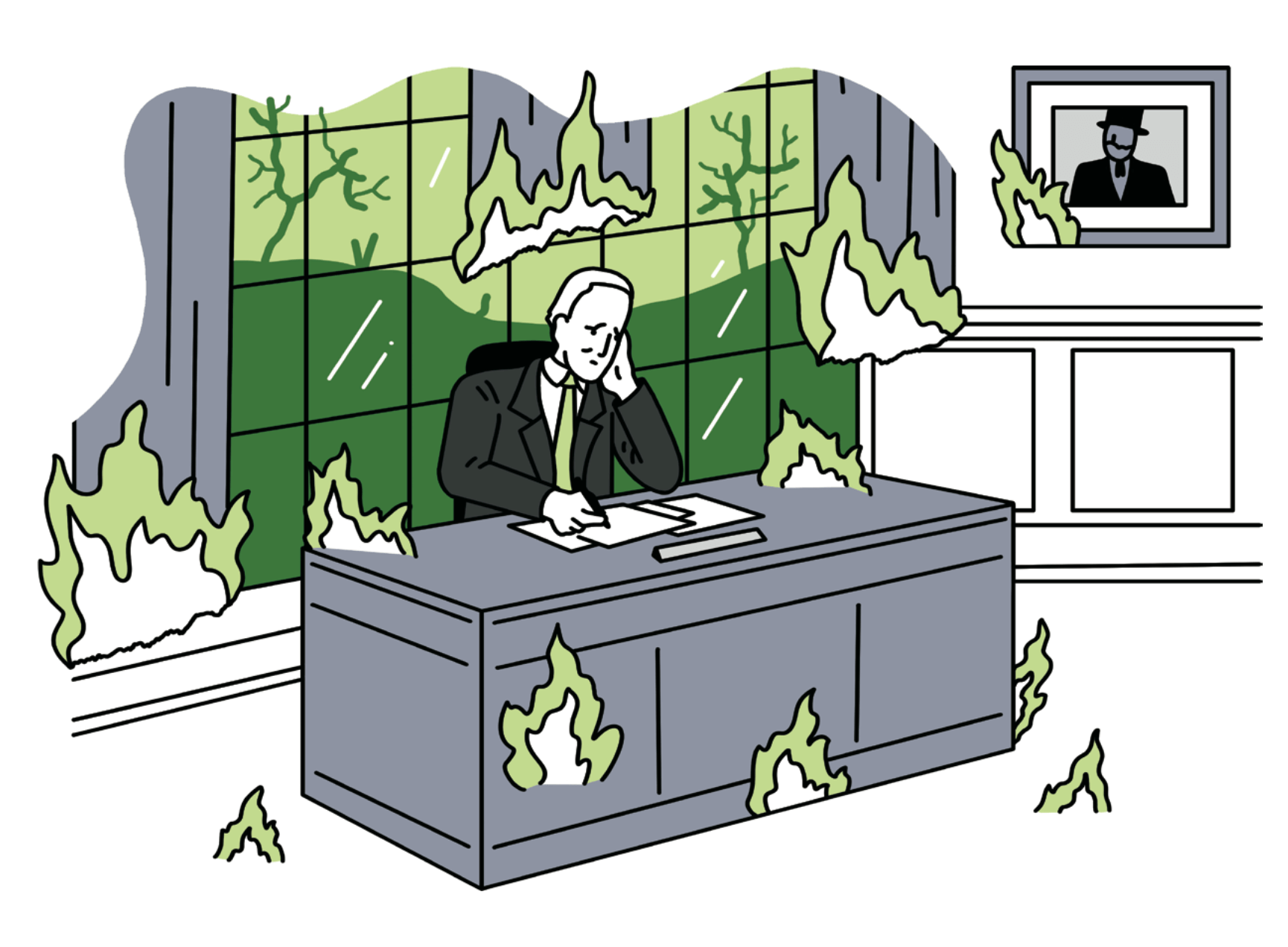 When human beings evolved in Africa 150,000 years ago, we were not very impressive compared to the huge herds of other mammals around us. I’m sure none of them looked at us – upright, furless apes – in terror, because our great survival trait was not obvious: a massive brain that was observant, curious and creative, with a great memory.

That organ invented a concept none of the other creatures had – the future – and realized we could affect that future by what we do in the present. By looking ahead, we were able to, using our experience and observation, anticipate hazards or favourable possibilities and thus deliberately choose to avoid danger and take advantage of opportunity.

Foresight was a major factor in our survival and success as a species, and we have grown explosively as a result. But today, we have become a very different animal. We now use foresight to serve priorities far beyond basic biological and social needs like food, shelter, clean water, clean air, energy from sunlight – elements that are the key to our survival and well-being. Now foresight is used to sustain elaborations of human constructs like economics, politics, law and religion. However, the COVID-19 crisis is a reminder of our basic animal nature – and the difficulty humans have prioritizing the wisest choices when politics and economics intrude on what is a biological challenge.

We’ve been aware of the threat global warming poses to humanity since 1824, when the greenhouse effect was first described by Joseph Fourier. By the 1950s, Russian climatologist Mikhail Budyko presciently warned that loss of Arctic sea ice would accelerate warming. Taking the science seriously, U.S. President Lyndon Johnson warned about the need to act on global warming in the mid-1960s, and Jimmy Carter put solar panels on the White House in the late 1970s.

Canada played a major role in 1988, when 300 scientists, policy-makers from 46 countries, UN representatives and NGOs met in Toronto. Prime Minister Brian Mulroney spoke, and Stephen Lewis, Canada’s UN ambassador, chaired the conference, which concluded that global warming represented a threat to humanity second only to a global nuclear war and called for “urgent action” to reduce greenhouse gas emissions by 20% over 15 years. Had Canada acted on our foresight then to achieve that target, we could have ​led the world away from the urgent crisis we now face.

The Nature of Things did its first television program on global warming in 1989. That year, I hosted a CBC radio series, It’s a Matter of Survival, that warned of a perilous future if we didn’t act immediately. The huge public response to that series prompted me to form the David Suzuki Foundation to look at the underlying root causes of our unwillingness to act on our basic survival instrument, foresight – to look ahead, recognize the danger of the climate emergency and act to avoid it.

Fast forward three decades and the UN Climate Change Conference in Glasgow will be the 26th annual meeting to deal with a crisis we have long known about. If history is any guide, COP26 will accomplish little. While there are numerous solutions to climate change, ideological differences, national interest, corporate priorities, religious pressures, political timidity and legal strictures all act to block real action. All the while, the reality of climate change becomes ever more obvious and dire.

The biggest hurdle is our belief that the economy or political future must be considered first. The most challenging obstacle to action is the mindset that no longer recognizes that our very lives and well-being remain utterly dependent on nature – air, water, soil, photosynthesis and biodiversity – while economics, politics and law are human creations. (Has COVID-19 respected human borders or cared about corporate or political priorities?) Humanity has inadvertently created an existential crisis by failing to recognize that we remain embedded in a web of relationships in nature and must act as a single species with a common goal.

I have no idea what the final path will or should be. I only know that if we keep putting ourselves and our inventions (economics, politics, law) ahead of nature’s laws, we will bicker away and try to resolve the issue with incremental changes here and there.

We must act the way we do in science fiction movies when Earth is invaded by aliens from another galaxy who kill humans indiscriminately: seize the challenge as one species in a common commitment to defeat a threat that imperils all of us.

On December 9, David Suzuki joined Corporate Knights with Margaret Atwood and Sheila Watt-Cloutier for a fireside chat about climate action.

Watch the full event below.

For more information about the event, visit corporateknights.com/paristoglasgow.