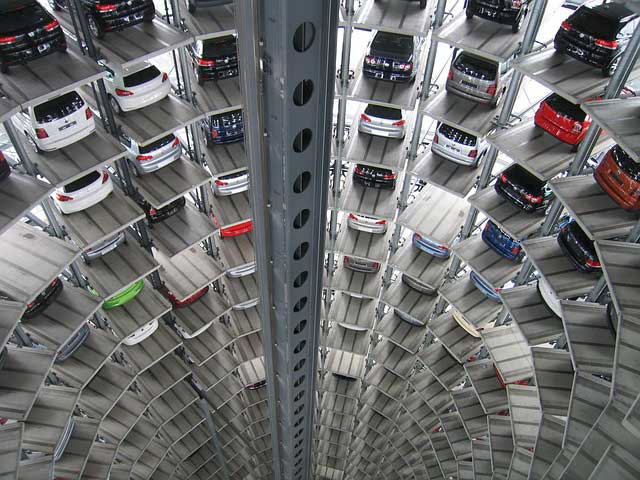 A quick, clear explanation for why parking minimums hurt cities

Minimum parking standards – policies that require developers to build a certain amount of parking spaces, leading to higher rents and more congested drives to work – are being increasingly targeted by municipalities. But of all the cities across North America relaxing these requirements, none can boast a PSA on the topic as clear and concise as Ottawa’s 90-second explainer video.

The White House announced its support for a deal reached by congressional leaders on a 2016 budget that would avert a U.S. government shutdown and lift the 40-year-old ban on crude oil exports. EPA funding was kept flat at $8.1 billion, keeping funding levels below 2010 levels and staffing at its lowest amount in 15 years. The budget would extend solar and wind energy credits, and did not include various proposed policy riders that would have stripped the EPA of significant regulatory authority.

At the conclusion of the Paris climate conference, 200 national governments around the world pledged to cut emissions with the goal of balancing renewables and fossil fuel-based energy by 2050. They signatories also pledged $100 billion per year to developing nations to finance clean energy, as well as aim to keep average temperature increases to “well below” the 2 C cap. The deal sent shares of fossil fuel companies tumbling and lifted renewable energy stocks on Monday.

One of the key sticking points was the insistence by U.S. officials that the deal would be difficult for congressional Republicans to stop in the short-term. The Guardian breaks down why this became such a difficult issue to resolve. The Atlantic, meanwhile, explains why international shipping and aviation industries likely won’t be affected by COP21.

The environmental cost of moving all our stuff is huge

Boats, airlines, railroads, trucks, warehouses, refrigerators, delivery people – the international system of goods movement is integral to the way we live in the 21st century. It also represents a huge opportunity to reduce humans’ environmental footprint. So what actions can be taken to shrink it?

German utility RWE announced plans in December to spin off a subsidiary company housing its healthier renewable, grid and retail energy assets. RWE, the second largest utility in the country, has seen profitability fall in the face of the German’s ambitious decades-long effort to generate 80 per cent of the country’s electricity from renewables by 2050.

Ford Motor Company revealed plans last week to spend $4.5 billion (U.S.) on electric vehicle (EV) development and introduce 13 new models by 2020. This investment by the Detroit automaker, constituting the largest commitment to EVs in its history, will result in 40 per cent of its models being electrified in the next five years, up from 13 per cent.