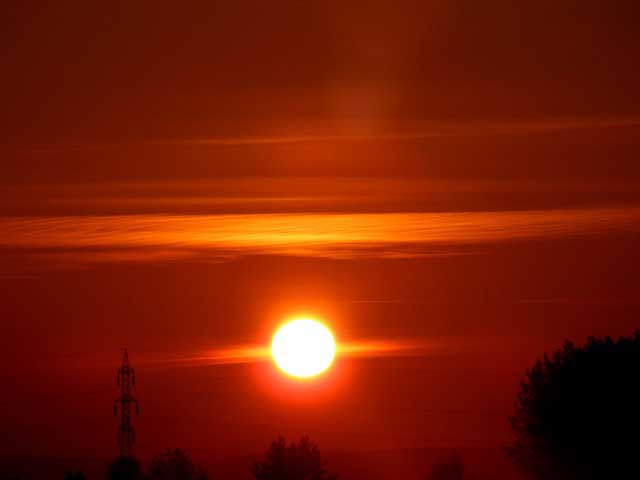 A third of Canadians want plug-in vehicles, but less than 1 per cent are buying them. What gives?

Researchers at B.C.’s Simon Fraser University (SFU) have found that more than one-third of Canadian consumers want a plug-in vehicle (PEV), with the majority of those (89 to 93 per cent) wanting a plug-in hybrid rather than a pure electric vehicle. It’s an interesting finding, considering less than 1 per cent of vehicle sales in Canada are electric. This is likely due to low consumer awareness and limited vehicle choice. With the current supply of PEVs in Canada limited to seven models, PEV market share is not likely to exceed 4 to 5 per cent by 2030, according to the report. It estimates that increasing supply to 56 models could increase market share to over 20 per cent over the same time period.

For much of the past decade, a puzzle has been confounding the climate science community. Nearly all of the measurable indicators of global climate change—such as sea level, ice cover on land and sea, atmospheric carbon dioxide concentrations—show a world changing on short, medium, and long time scales. But for the better part of a decade, global surface temperatures appeared to level off. Some scientists, the media, and climate contrarians began referring to it as “the hiatus.” But a new analysis by three ocean scientists at NASA’s Jet Propulsion Laboratory confirms that the extra heat has been going into the ocean. In other words, the world is still warming and the climate continues to change as a result. Once again, the skeptics have been proven wrong.

The U.S. coal industry is being pounded. U.S. power plants are switching to natural gas, environmental restrictions are kicking in, and the industry is being derided as the world’s No. 1 climate criminal, according to Bloomberg News, which says the latest sign of the industry’s troubles can be found in the bond market. Bonds are where coal companies turn to raise money for such things as new mines and environmental cleanups, but investors are increasingly reluctant to lend to them. Coal bond prices tumbled 17 per cent in the second quarter, according to an analysis by Bloomberg Intelligence. It’s the fourth consecutive quarter of price declines and the worst performance of any industry group by a long shot. To make optics worse, the latest quarterly decline happened at a time when oil and gas bonds were rising. The king hasn’t just lost its crown; it’s being excommunicated.

There was something substantially different about Al Gore’s two-hour presentation last week in Mississauga, Ontario, where more than 500 people gathered to become certified climate presenters as part of the Nobel laureate’s Climate Reality Project. Gore has more positive news to share. He comes across as more energized as he talks about the falling cost of clean technology and how quickly the market is growing, not to mention other trends showing that the days of fossil fuels are numbered. It’s not that Gore doesn’t talk about the bad stuff. That still represents about half of the presentation, and it’s far from uplifting and energizing. But by putting much more emphasis on solutions and pointing to solid progress that has been made over the last few years, his message has transformed from one of dread to one of hope.

The market for green bonds has rough start in 2015

The market for green bonds is growing strong, but so far this year it’s not growing nearly as fast as industry trackers had hoped. According to the Climate Bonds Initiative (CBI), about $19 billion (U.S.) worth of green bonds have been issued during the first six months of this year. That’s far short of the organization’s aspirational “stretch” target of $100 billion, and still a long way from its updated – and more realistic – target of $70 billion. In fact, results so far only put 2015 on track to match the $36.6 billion issued last year. But Sean Kidney, chief executive officer of CBI, said he’s confident green bond issues will pick up significantly in the second half of the year. He acknowledged, though, that hitting $70 billion is going to be a challenge.
—

ATCO, a major owner of transmission and generation assets in Alberta, believes it’s wrong for the provincial government to put most of its eggs in the natural gas basket as part of a strategy to lower the carbon profile of its electricity system. It’s an approach that will expose Albertans to price volatility and could even lead to more carbon emissions as provincial electricity demand grows. The answer, as far as ATCO sees it, is to make a big push into hydroelectric generation. The company believes that within two decades hydro, developed along an eastern “green” corridor, could meet nearly 30 per cent of Alberta’s electricity demands. While it makes little mention of the roles that wind, solar and even geothermal might play, its support for big hydro investment is an encouraging sign in a province viewed domestically and internationally as a climate laggard.
—

Nobel Peace Prize winner Kofi Annan relinquished his leadership of the United Nations in 2007, but his commitment to global change is stronger than ever. The 76-year-old Annan, who was born into an aristocratic family in Kumasi, Ghana, and began his four-decade career of service with the UN in Geneva, Switzerland while he was still in his 20s, today dedicates himself to helping lead major organizations that are addressing such global issues as sustainability and food security in Africa and beyond. In this Q&A, Annan goes into detail about the work he’s doing.