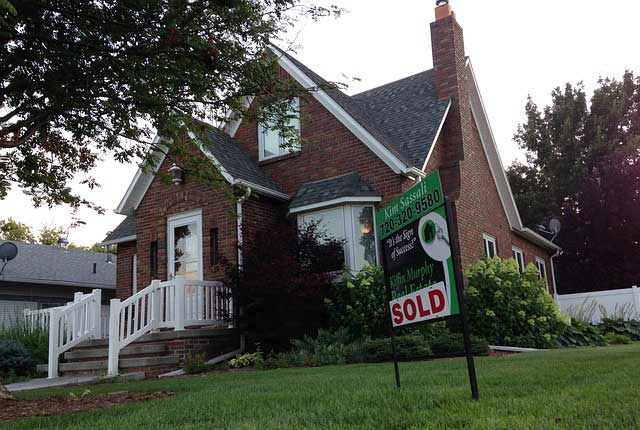 Is shared-equity housing the wave of the future?

Driven by below-normal home ownership among Millennials, some communities are coming up with an interesting incentive called “Shared Equity Housing.” In shared-equity housing, a third party provides a one-time subsidy to prospective homebuyers, allowing them to purchase a home they wouldn’t be able to afford otherwise. However, along with that subsidy comes a critical caveat: when the time comes to resell the home, a cap is placed on how much the owners can get for it.
—

Taking the electric vehicle market to the next level will require big investments in creating a robust network of public charging stations and creating new business models to make such investments worth it. Utility companies are in the unique position to finance these charging stations, argues venture capitalist Nancy E. Pfund, because they can capture the grid-wide positive externalities of large-scale electrification, especially the benefit of leveraging fixed assets.
—

As governor of Wisconsin, the likely Republican presidential nomination-seeker has consistently dismissed science and sided with polluters. Since taking office in 2011 Walker has moved to reduce the role of science in environmental policymaking. He has presided over a series of controversial rollbacks in environmental protection, including relaxing laws governing iron mining and building on wetlands, in both cases to help specific companies avoid regulatory roadblocks. And that’s just scratching the surface.
—

If you’ve donated money to a water charity, congratulations. You’ve stepped up to try to solve one of the world’s most pressing problems – the fact that roughly 750 million people do not have access to clean water. Has your donation made a lasting difference? That’s hard to know. Veteran reporter Marc Gunther delves into the world of water charities and the current push for greater transparency and accountability within the sector.
—

The premiers of Ontario and Quebec and eight U.S. state governors promised to work together to boost maritime trade and combat threats to the Great Lakes during the Council of Great Lakes Governors 2015 Leadership Summit in Quebec City on Saturday. Notably, Ontario Premier Kathleen Wynne also suggested a regional partnership to fight climate change, and invited the American states to join Ontario, Quebec and California in a carbon market.
—

Can the world’s nations afford to make the changes needed to reach net zero greenhouse gas emissions and avoid catastrophic climate change? Yes, says the World Bank Group — if we start now and incorporate three important components into our strategy. The development bank lays out a three-step plan for reaching zero net greenhouse gas emissions by 2100: plan for the long term, get prices and policies right and smooth the economic transition.
—

The cognitive dissonance between weather and climate change

As a long-time science writer, Stephen Strauss wants there to be a metaphor/simile/analogy which allows him to convey to people how both human induced global-warming-cum-climate change and historically cold, snowy, long winters can sensibly co-exist and not contradict each other. With this in mind, the Canadian Science Writers’ Association is looking to co-sponsor a contest where people worldwide submit suggestions to fill this metaphor gap.