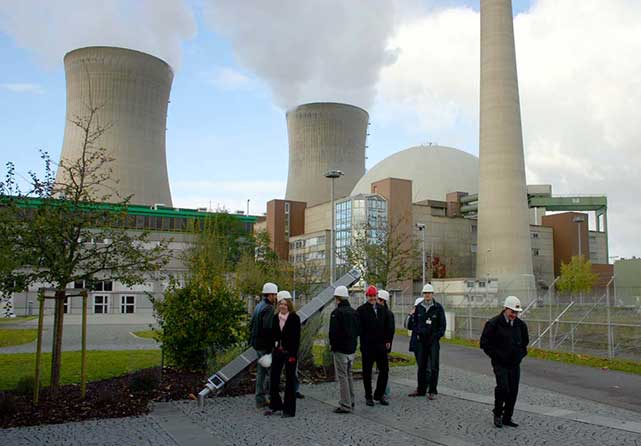 Why Germany’s nuclear power exit is causing havoc for utilities

Germany’s largest utilities are facing their biggest challenge yet: Provisioning enough cash to dismantle the nation’s nuclear reactors and make safe equipment and fuel that may be radioactive for 100,000 years. The country’s exit from atomic energy is spurred by the Fukushima disaster in Japan four years ago and Chancellor Angela Merkel’s plan for an economy powered by renewable energy. Costs may exceed 43 billion (U.S.), which the utilities estimated at the end of last year.

A new report by the Economics of Land Degradation Initiative claims that land degradation is costing the world $6.3 to $10.6 trillion (U.S.) in ecosystem service losses every year. In terms of land area, these losses work out to $43,000 to $72,000 per square kilometer of degraded land. According to the report, about one third of the world’s arable land (land suitable for growing crops) has been affected by degradation. These losses are also capable of displacing millions of people around the world.
—

Solar projected to be cheaper than coal in China at $30 carbon price by 2020: IEA

New projections by the International Energy Agency (IEA) suggest that carbon prices could make ground-mounted solar power more competitive with coal in China. China has introduced seven pilot carbon markets with a carbon price around $5-7, and is planning a national cap and trade scheme before 2020. The IEA ran a series of projections based around a national carbon price rising over time, and found that at $30 commercial roof-top and ground-mounted solar would be about the same cost as coal in China by 2020.
—

Mindfulness programs are common in the corporate world, but in the U.K. some politicians now use it to shed anxiety and better connect with people and issues that effect them. Hoping to become less stressed out decision-makers and community leaders, more politicians are turning to meditation and other Buddhism-inspired techniques. But for all the enthusiasm in the U.K. Parliament, the notion of governments promoting what is (at least in its origins) a Buddhist form of prayer, makes a lot of people twitchy.
—

The 2015 greenest (middle or high) school in Canada

The Greenest School in Canada competition is an annual event put on by the Canada Green Building Council and the Canadian Coalition for Green Schools. The 2015 winners exemplify how sustainability can be integrally woven into the infrastructure, culture and curriculum of a school. One of the winners, St. Marguerite d’Youville Secondary School in Hamilton, makes sure that all of the school’s environmental stewardship activities are student-driven – with energy and waste conservation as a main goal.
—

Carbon diary of a reluctant traveler

Dan Rutherford, the marine and program aviation director for the International Council on Clean Transportation, decided to sit down and calculate his entire 2014 carbon footprint. He found that transportation – especially the 11,000 miles he commuted to the office by train and the 12,000 miles he flew last year for two family vacations – accounted for almost 80 per cent of his personal carbon footprint. What can be done to reduce this?
—

The glut in oil prices has changed up the recipe for Alberta’s economic success, and any successful path forward will require a reimagining of the role that Athabasca’s hydrocarbons play. Toby Heaps argues that it’s not only time for a carbon tax and coal phase-out throughout the province, but also an ideal opportunity for a green economic stimulus focused on four areas: transit, power, energy efficiency, and infrastructure to support an eco-industrial cluster in the Greater Edmonton region designed to create value-added materials such as plastic pellets and carbon fibre resin.