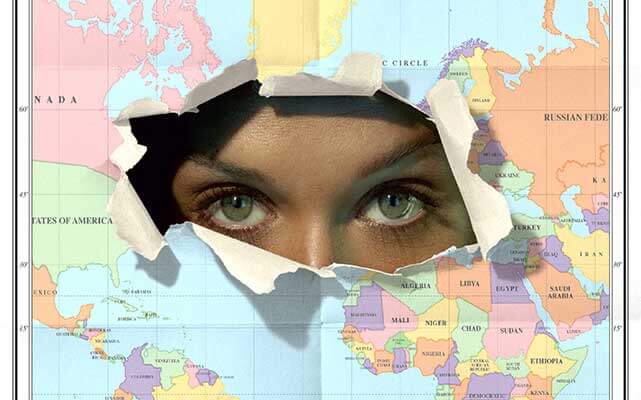 Portion of a poster issued by the British tax authorities to counter offshore tax evasion.

An obscure group of tax experts from such countries as Azerbaijan, New Zealand, Norway and Zambia, among others, seems an unlikely focal point for a high-stakes tug-of-war in the world of global finance.

Yet the 25-member United Nations committee on international cooperation in tax matters finds itself at ground zero in an escalating battle over how and where multinational corporations pay – or, more to the point, do not pay – their fair share of taxes.

The Group of 77 developing countries, led by India and China, wants to turn the committee into a more muscular inter-governmental agency that would have a voice in setting tax rules for many of the world’s biggest companies. Activists disrupted a meeting in Addis Ababa last summer by unfurling a banner that read: “If you’re not at the table, you’re on the menu.”

But the U.S. and other industrial nations where most multinationals are based have dug in their heels. The only concession that China and its allies were able to win in Addis was a deal that allows the private tax experts to meet twice a year instead of just once.

“The G77 really did stand their ground,” says Claire Godfrey, senior policy advisor at Oxfam, the U.K.-based charity. “They shocked the U.S., the EU, Canada and Australia with their stubborn resolve not to give in. But in the end they had to buckle.”

The tussle over the UN committee is one sign of a growing backlash against “beggar my neighbour” tax policies that enable – indeed encourage – multinationals to pay little or no tax even as they rake in huge profits.

“This is all about who makes the rules and to whose advantage the rules are set,” says Erika Dayle Siu, tax and development consultant for the secretariat of the Independent Commission for the Reform of International Corporate Taxation, a group set up last year to give developing countries a louder voice in international tax policy. “When you peel the layers back, there are deeper economic interests at stake here.”

In the U.S., the anger is directed at corporate giants that manage to channel a huge chunk of their earnings to low-tax jurisdictions overseas.

In the latest such case, Johnson Controls, a Wisconsin-based auto parts and industrial equipment maker, passed itself off as an Irish company in January as part of a deal to sell itself to Tyco International. The process, known as inversion, will enable Johnson to cut its U.S. taxes by at least $150 million (U.S.) a year. Apple, with headquarters in California, disclosed in January that it has parked more than 93 per cent of its cash, totalling $200 billion, outside the U.S.

Across the Atlantic, European Union members are increasingly worried about “a race to the bottom” as governments come under pressure to bargain new investment for low taxes. The European Commission estimates that a multinational doing business in several EU countries pays 30 per cent less tax on average than a company operating in just one country.

Worst off are poor countries that have neither the expertise nor the bargaining power to play the game to full advantage.

“The way companies are now taxed is a system designed a hundred years ago,” says Prem Sikka, an accounting professor at the University of Essex. “The current rules were designed when vast parts of the globe were under colonial rule. The last thing the colonial powers wanted was for companies to pay taxes to their colonies.”

Taxation principles originally outlined by the League of Nations determined that taxes on corporate profits should be paid to the country in which the profits were made. This is a principle that is being increasingly taken advantage of as multinationals shift the location of their profits to lower-tax jurisdictions through transfer pricing.

These transfer prices are the rate at which goods and services are transferred within a corporation. The League of Nations agreed that these prices should be the same as they would be on the open market. Although a good idea in theory, it’s here that multinational tax management has grown more creative. 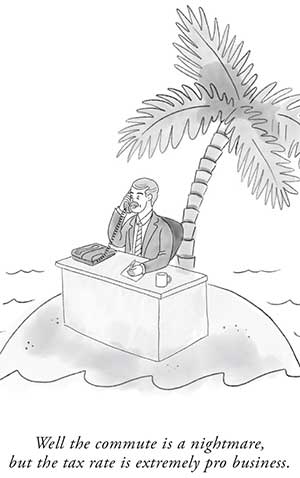 The issues are complicated and often opaque. Siu notes that “even sophisticated tax administrations in the U.S. are hard-pressed to apply transfer pricing rules. Enforcement is not just a question of capacity. Is it even plausible to expect that two subsidiaries of one corporation would charge each other the same prices that independent companies would charge? This presumption is essentially a fiction.”

The UN Conference on Trade and Development estimated last year that intra-company transfers, transfer pricing and other tax avoidance schemes deprive developing countries of about $100 billion a year in revenues. If the calculation includes the loss of reinvested earnings as profits are shifted away to tax havens, the annual drain of potential development finance climbs to at least $250 billion.

The problem of tax avoidance by multinationals has generated a stream of studies, conferences and recommendations. But practical solutions have so far proved elusive.

Allison Christians, a tax law expert at McGill University, says “we’ve known about the problem of transfer pricing and tax base erosion for more than two decades. But each attempt to clean things up has met with political resistance from those who benefit from not cleaning things up. All they’ve done is ride out the storm of media attention.”

As the wrangling over the UN tax committee shows, those hurt by tax avoidance schemes – notably poor countries – are often no match for their opponents.

Big companies have the advantage of well-organized networks and deep pockets.

American Innovation Matters, a Washington-based corporate lobby group formed last September, has described the tax reform movement as “an effort to tax even more American earnings, and use them to pad the coffers of foreign governments.” Many members of Congress, especially Republicans, have seized on high-profile inversions as an argument for lower domestic tax rates.

Sikka lays some of the blame on the big four accounting firms which, as he puts it, employ thousands of people around the world for the sole purpose of helping companies and wealthy individuals dodge taxes.

He notes that Ian Barlow, who chairs the board of the U.K.’s revenue and customs agency, is a former KPMG partner, while John Whiting, one of its non-executive directors, was a tax partner at PwC for 25 years. “When you look at the board, you begin to wonder who really makes U.K. tax policy and enforcement decisions,” Sikka says.

Even so, there are signs of progress. The EU unveiled a package of anti-tax avoidance proposals in late January. Under these proposals, intra-company interest deductions would be capped at 30 per cent. A country could tax profits of a foreign-based subsidiary if its tax rate is lower than 40 per cent of the home-country rate. The proposals would make a start in defining a company’s “permanent establishment” for tax purposes.

The EU package builds on the Base Erosion and Profit Shifting (BEPS) project launched by the Organization for Economic Cooperation and Development (OECD) in 2013 and endorsed by the G20 last November. The BEPS initiative aims to ensure that profits are “taxed where economic activities deriving the profits are performed and where value is created.”

Critics charge that these initiatives fail to tackle the root causes of multinational tax avoidance. According to Oxfam, “the European Commission is choosing the lowest common denominator approach, which is very disappointing. The EU executive is certainly under pressure from nervous member states that have left open loopholes for companies to engage in aggressive tax planning.”

Ireland and the Netherlands are among EU members that have come under fire for lowering tax rates to attract multinational investment. Ireland announced plans last October for a 6.25 per cent tax on patents and other intellectual property, far lower than its standard 12.5 per cent corporate tax rate.

Despite such setbacks, the reform movement appears to have the wind at its back.

Says Christians: “Now things are different because NGOs and the media are virtuously helping each other advance the discourse. This means that the OECD and the powers-that-be cannot really say they’re doing something and then not do anything.”