Slavery has been widely recognized as a crime against humanity. Yet nearly 70 years after it was addressed by Article 4 of the Universal Declaration of Human Rights, slavery remains a disturbing reality of the world’s labour markets. In the private sector especially, some 16 million people are enslaved – forced to work in sectors as diverse as agriculture, construction and the cosmetics industry. And while cases in India, China and Pakistan top the news reports, modern slavery also exists in the developed economies of the West. Germany, for example, is ranked 52 of 167 researched in the 2016 Global Slavery Index, the same ranking given to Canada and the U.S.

Because the world’s enslaved persons are producing the world’s consumer goods, anti-slavery activists have called on corporate leaders to do more. Boycotts, greater media attention and private investor concerns have thus pushed western regulators to act. New anti-slavery legislation requires that corporations monitor and act on supply chain labour practices. California’s Transparency in Supply Chains Act, passed in 2010, requires large manufacturers and retailers to disclose what they are doing to eradicate slavery. In 2015, the U.K. enacted the Modern Slavery Act to boost transparency on supply chain labour practices. France and the Netherlands followed in 2017 with laws calling for corporate vigilance in human rights and child labour, respectively.

A better definition of corporate governance

Recently, corporate representatives and leaders from human rights organizations examined the issue of sustainable governance under the lead of the Center for Sustainable Business at ESMT Berlin, an international business school. The executives agreed that improving corporate governance has become vital to addressing a host of human rights concerns, including modern slavery. 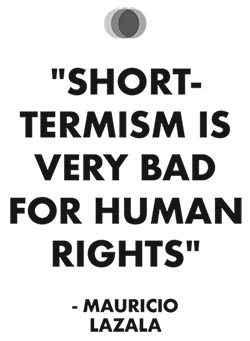 Modern slavery is a critical issue for the business sector, and not only because of the reputational risks it poses with consumers who increasingly demand ethically sourced and manufactured products. Yet global brands have often distanced themselves from labour responsibilities along many points in their supply chains. But as Quintin Lake of Hult International Business School said in a roundtable discussion, “leading companies have found that in addressing modern slavery risks to workers, they ultimately address the risks to the business as well.”

In 2016, Hult along with the Ethical Trading Initiative surveyed 71 corporations, including 25 leading global brands and retailers, about their role in addressing modern slavery. Some 77 per cent conceded that it is likely that forced labour is occurring in their supply chains. Yet too many companies define corporate governance’s part in this too narrowly, just reacting to current regulation for the sake of bureaucratic expediency. This is a significant corporate blind spot.

“Short-termism is very bad for human rights,” said Mauricio Lazala, deputy director and head of the Europe office of the Business and Human Rights Resource Centre. As he sees it, companies are not giving real attention to what is happening across their value chains. This especially hurts human rights defenders (HRDs), who are working to safeguard labour rights and raise visibility on abusive working conditions. “We registered 900 incidents of attacks against human rights defenders in the last three years,” said Lazala. “We have examples of companies abusing human rights every day.”

Human rights defenders should not shoulder the burden of creating safe supply chains alone. As many in the room agreed, responsibility for the human rights part of corporate governance should go all the way to top executives and back.

Fortunately, best practices in human rights are emerging. When, in 2015, the UN Special Rapporteur on the situation of human rights defenders stated that businesses should do more to support HRDs in their sectors, the Adidas Group did just that.

In 2016, Adidas became the first company to release a policy statement on HRDs. The company also launched its Modern Day Slavery Supply Chain Evaluation program. Additionally, the company introduced a mobile app for some 300,000 factory workers in Cambodia, China, Indonesia and Vietnam to support anonymous reporting of labour rights violations.

Where the reward of “doing good” has not been enough, the threat of financial losses has motivated more reluctant players. Many global businesses now require their suppliers to sign codes of conduct that include explicit renunciation of forced labour, child labour and prison labour. These are further backed by audits, whereby companies evaluate suppliers to ensure compliance with human rights goals.

Industry-wide networks like those in the telecommunications sector have already made use of these tools in their supply chains. “We noticed that our suppliers were also used by others,” said Yves Nissim, vice president and head of transformation and operations for Orange, in a roundtable discussion. “So we constructed a platform for all [sector] suppliers, formed a forum with other telecom companies, and shared all our audits. When one of our suppliers did not reply to the company’s individual urging for improvements, 16 letters from all other network members provided the answer within a week.”

Corporate governance can address a wider number of pressing issues – modern slavery, yes, but also issues such as corruption, climate change, pay equity and sustainability. Some business leaders are thus connecting company governance goals to international ones. The UN’s 17 Sustainable Development Goals (SDGs) – within which Goal 8.7 calls for the end of modern slavery – offer a helpful framework to businesses looking to do more on human rights.

Examples from companies as diverse as Aegon, Covestro, Orange and Siemens show that businesses are integrating SDGs into their corporate governance strategies and providing examples for others to follow.

“Look at Goal 1 on ending poverty. You might think that’s primarily the responsibility of governments and public institutions,” said Linda Midgley, a senior manager for PwC Netherlands, in a roundtable discussion. “But whether people are living in poverty is heavily influenced by the wages paid by businesses – themselves and throughout the value chain. Taking a good look at your value chain might very quickly pull Goal 1 up the priority list.”

Toward greater transparency and accountability

The results from these diverse approaches to improving corporate governance remain mixed.

For example, the U.K.’s Modern Slavery Act includes a provision that requires commercial enterprises with an annual turnover of at least £36 million and operating in the U.K. to publish an annual slavery and human trafficking statement. Yet an independent investigation conducted by the Business and Human Rights Resource Centre in 2017 revealed that only a handful of FTSE 100 companies were meeting the act’s requirements.

Data from the State of Responsible Business Report 2016 also showed that more than half of companies ignore the SDGs. Others have blocked them or used them as cover – so called “SDG washing,” whereby businesses hype their positive contributions on certain goals while disregarding their negative impact on others. As Roel Niewenkamp, chair of the OECD Working Party on Responsible Business Conduct, explained the term: “A car company may market their electric cars as saving the climate. Yet the cobalt in their batteries may be mined by five-year-old kids in Congo.”