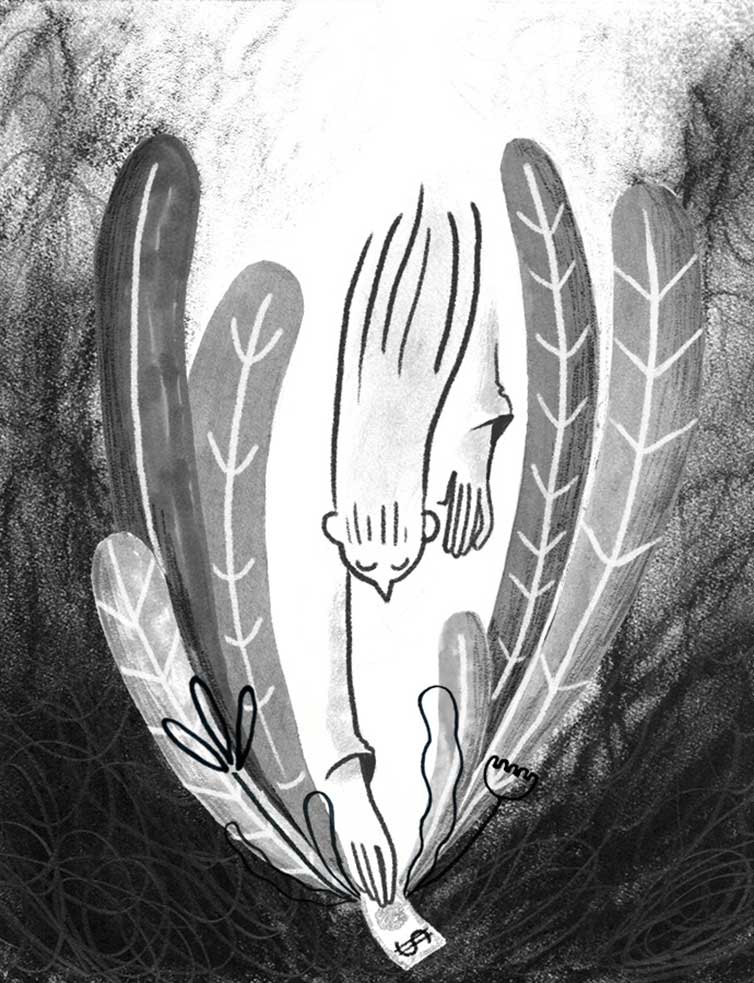 “Given the professional culture of the financial community, it is not surprising that large numbers of individuals in that world believe themselves to be among the chosen few who can do what they believe others cannot.”

My first job out of college was with a junior mining firm that had the prescience to buy the website investment.com just before the dot.com boom. This turned out to be the company’s most valuable asset, and soon justified a makeover from mining to new media.

My job was to write about personal finance. One of the first big projects was writing personal finance articles for a five-part series with a newsweekly which was sponsored by one of Canada’s big banks. The first week, my article was on ethical investment funds. The bank sponsor was not happy with the choice of topic as it didn’t have ethical or socially responsible funds on offer at the time. The next week, I wrote about how the mutual fund industry would consume 60 per cent of the average investor’s lifetime returns through high fees. The headline? “The feeling is not mutual.” The bank sponsor had a similar feeling about my article and the series was abruptly cancelled. Not long after, the dot.com era went dot.bomb and I was looking for my next gig.

I liked writing about how businesses impacted society and thought it would be nice to focus full-time on the topic. My friend Peter and I trundled down to the book store to see if there were any magazines of this ilk. We didn’t see anything, so Peter asked “Why don’t you just start one up?” That was the beginning of Corporate Knights, a crazy experiment – delivered to your doorstep via the Globe and Mail and Washington Post – to see if getting the right information into the right people’s hands would start to make a difference and lead to better decision-making.

Inspired by the lore of King Arthur’s Knights of the Round Table, we set out to humanize capitalism by inspiring business leaders to embrace their noble instincts and be chivalrous. We have not shied away from calling out laggards, but our modus operandi has been to shine a light on the leaders and solutions, guided by the adage that “you can catch more flies with honey than vinegar.” This may sound naive to some, but it would be even more so to think we can solve big problems like global warming or poverty without harnessing the formidable power of business and markets.

Fifteen years into the experiment we have some preliminary findings. Our rankings are more than beauty contests; they are useful feedback mechanisms that can change corporate culture over time, provided the criteria are clear and credible. For instance, 15 years ago almost no large company linked the CEO bonus to sustainability targets; today the majority do. But whatever progress has been made, it is clearly not enough.

At current rates of progress we won’t reach gender equality in the boardroom until sometime after 2065. Inequality is so out of control that the world’s eight richest people have the same wealth as the poorest 50 per cent (3.6 billion people).  And half of all species could be extinct by the end of the century.

Who is running this show? It would be easy to lay the blame on businesses or government. But a big part of the answer is investors, which turns out to be you and me. About 500 million of us around the world have close to $100 trillion in savings that is invested by professionals who for the most part show zero regard for anything we might care about, aside from short-term financial performance against the benchmark (and have a difficult time at that).

Capital is oxygen for the economy. Investments have moral consequences. The demise of apartheid in South Africa was accelerated when investors made it a priority and turned off the taps. Where we invest today determines what kind of world we live in tomorrow. With the stakes so high, why are most investors – us – missing in action?

It’s not because we don’t care. Survey after survey shows that upwards of 70 per cent of us would prefer not to invest in an ethical vacuum, yet less than one per cent does anything about it.

It’s because we don’t know how. It has not been easy to figure out which investments align with a world we want to live in, or to understand the potential financial implications of investing with our values.