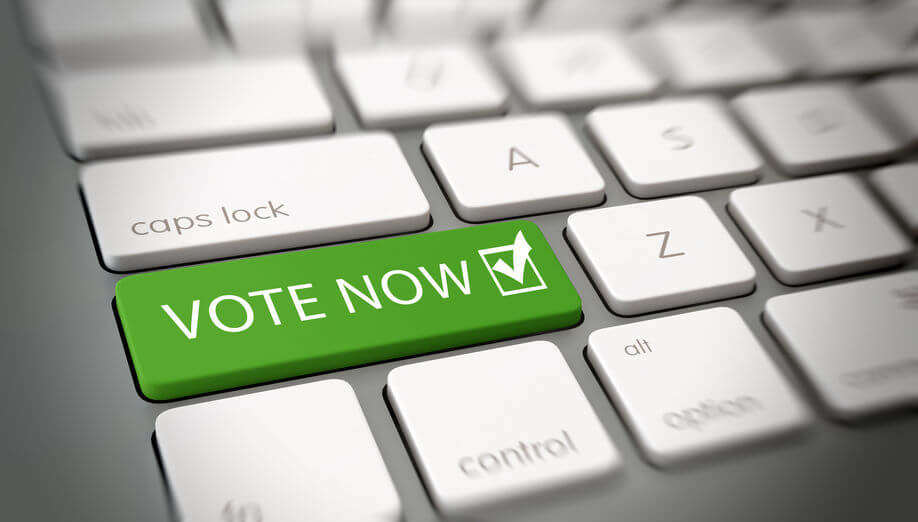 According to the latest polls, the environment has become one of the biggest issues for Canadians this election. Many voters will be looking at party climate policies to decide how they will cast their ballot. But what if we could become a more sustainable country simply by changing the way we run our elections? Online voting could help get us there.

Canadians have been voting by paper ballot in federal elections since 1867. A national survey, however, found that 85% of Canadians supported the introduction of Internet voting as an additional way to cast their ballot. Through our smartphones or computers, we could vote from the convenience of our homes, workplaces, local libraries or any other public place with internet access. Embracing online voting would also make sense for governments, both fiscally and environmentally.

The financial savings alone would be impressive: a 2010 assessment showed that the usual cost of a federal election is $10 per eligible voter whereas online voting costs roughly $2 per voter. For each federal election, Elections Canada prints enough ballots for every eligible voter + 5%. That means that during this year’s election, 28.6 million ballots will be printed. If more people voted online fewer ballots would need to be printed.

But what’s even more valuable when it comes to creating a greener Canadian economy is online voting’s ability to reach people who may never otherwise have voted. The City of Geneva allowed citizens to vote online in 2004 during the Swiss federal election. Research done after the election revealed that a whopping 55% of Genevans who identified as “regular [voting] abstainers” actually voted online that year. In fact, Geneva’s election data showed that one in four people who voted online said that they frequently abstained from voting in the past.

E-voting could encourage the Canadian demographic that currently votes the least, the youth vote, to start casting their ballots, as they have in Geneva. In 2015, Canadians aged 18–34 had the lowest turnout in the election, just 57%. This is lower than the overall turnout of 68%, and drastically smaller than the highest turnout by age, which was 78% for people 65–74 years old.

Right now, young Canadians are leading the charge on demanding that the environment and climate change be addressed by our governments. Hundreds of thousands of youth took to the streets for last month’s Global Climate Strike in Canada. Other climate focused movements have emerged as well, such as Our Time, an environmental movement led by young people who are making a Green New Deal for Canada an election issue for 2019. A recent poll showed that 40% of those age 18–34 (the same group prone to low voter rates) believe that Canada needs to “do everything we can to fight climate change immediately, even if the economy slows as a result and jobs are lost.”

If we’re to ensure that strong climate action happens in Canada, we need to get young people to cast their ballot, and the best way to do that is by bringing the election to them by making voting digital. Though simply making online voting an option isn’t going to cut it. Just this year, the Northwest Territories used online voting for their territorial election but people aged 35+ cast 60% of the online ballots. We’d need to increase online marketing that encourages young people to vote, and expect that it may take a few election cycles for online voting to reach its full potential.

The threat of cyber security attacks would also need to be addressed. In Switzerland, the only western democracy to use online voting federally, the government sends voters a series of codes and security keys through the mail which allows one to vote online, and keeps user names and addresses anonymous. Markham uses a three-step system: residents get a voter card in the mail, they register and create a personal passcode online, and then receive a PIN number in the mail that lets them vote.

Although it has not yet been piloted, blockchain technologies, such as those that power Bitcoin and other cryptocurrencies, are also being considered as a way to increase security in online voting.

Despite these challenges, online voting could be a fairly straightforward way to make our elections greener overall. And it has the potential to get more young people casting ballots to ensure that climate conscious candidates are elected to Parliament.

Nahum Mann is a political organizer and former candidate for Toronto City Council in his home riding of Davenport. He is currently working on a new platform, Everysay, that lets Torontonians vote on local policy issues.