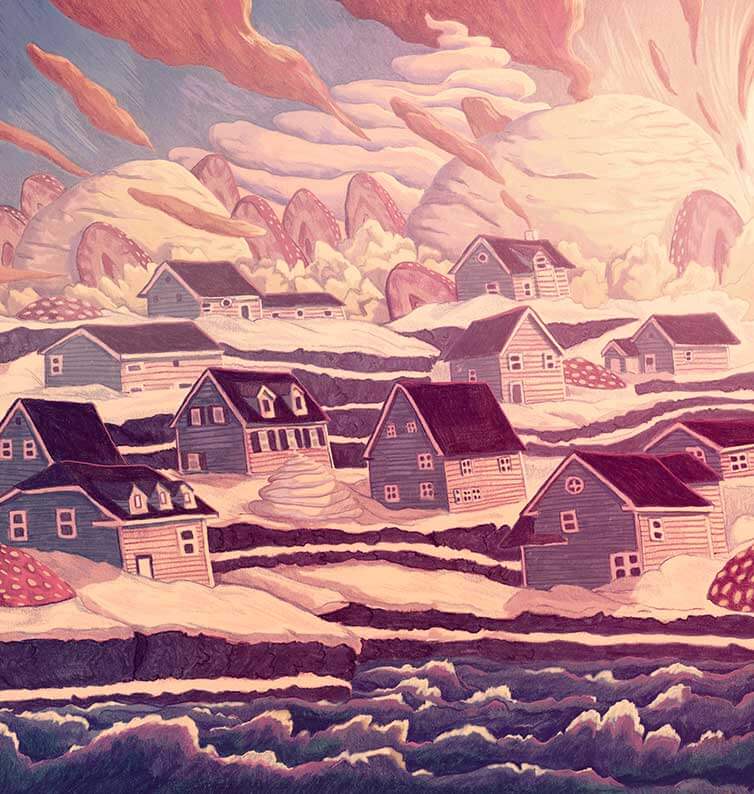 “The new labels will make so many sugary breakfast cereals, pop, candy and desserts look a lot heathier than people now assume they are,” says Jeffery.

Canadians already consume on average 40 kilos of sugar a year, and there is growing concern about the impact such a sugary diet is having on our health.

A study published in January by researchers from Public Health Ontario and the University of Waterloo found that two-thirds of the 40,829 food products it examined from a national grocery store contained added sugars. The study screened for 30 added sugar terms. Products found to contain added sugars included almost half of baby foods and infant formulas, as well as a number of products marketed as healthy.

When Jane Philpott became Canada’s minister of health, her mandate letter from the prime minister directed her to improve food labels to give consumers more information about added sugars.

Sugars that are added to foods, as opposed to sugars that occur naturally in fruit, vegetables, grains and dairy products, are associated with an increased risk of diabetes, obesity and cardiovascular disease, as well as cavities, says University of Toronto public health researcher Jodi Bernstein. Added sugars are empty calories, and can displace more nutritious foods, including fruits and vegetables, which help protect against disease.

Less than a third of the sugar Canadians consume comes from what is found naturally in foods. 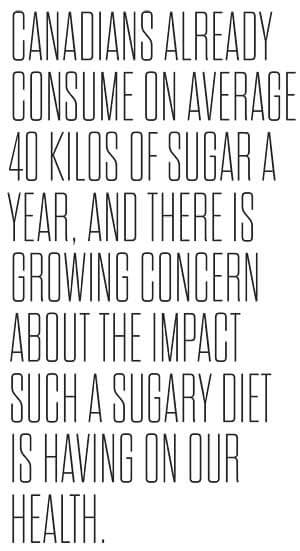 Some scientists have connected a high rate of sugar consumption with diseases such as cancer and Alzheimer’s. Robert Lustig, an expert in childhood obesity at the University of California, says the problem with sugar goes far beyond empty calories. His 2009 lecture, “Sugar, The Bitter Truth,” has been viewed more than six million times on YouTube. He argues that sugar isn’t just making people fatter, but is a poison on its own.

Canadian consumers, non-governmental organizations, health professionals and provincial and territorial governments had been pushing for food labels that would make it easier to determine how much sugar a manufacturer added to products. The government seemed to be listening.

But the food industry pushed back, arguing there is no chemical difference between natural and added sugars, and that consumers would find the concept of added sugars confusing.

Both sides of the debate were reported in a document presenting the regulations on labels published in the Canada Gazette in December, but the food industry prevailed. The new labelling rules don’t require manufacturers to list how much sugar they add to cereal, yogurt and many other products.

Health Canada says the new labels, to be in place in five years, represent a step forward because they offer consumers more information than they now have about sugar in the products they buy.

In the new labelling system, all sugar-based ingredients, like glucose-fructose, will be grouped together on the list of ingredients. Their placement on the list, written in descending order by weight, will make it easier to assess how sugary a food is.

For the first time, there will be a per cent daily value for sugar (% DV) as there now is for sodium and most other nutrients: five per cent or less signals a product has a little bit of sugar, and 15 per cent indicates it has a lot.

It may be a step forward, but Canada’s approach is not in line with developments in the United States and the United Kingdom or in keeping with advice from the World Health Organization (WHO).  The 2015 U.S. proposal for changes to the nutrition label includes added sugars and set a recommended daily value for added sugars at 10 per cent of daily calorie intake – or 50 grams a day.

Canada went with total sugars instead of added sugars, but also picked a daily value for total sugar that is too high to be healthy – 100 grams or 25 teaspoons, says Jeffery.

A typical can of pop contains, he says, more than 150 per cent of the WHO’s daily target for added sugars, but only 35 per cent of Health Canada’s daily value for total sugars.

Froot Loops has more sugar than any other ingredient and more sugar per bowl than most other cereals on grocery store shelves, says Jeffrey. But under the new nutrition labels, shoppers who check the facts on the back of the box could easily conclude that the cereal isn’t so sugary after all, he says, because the amount of sugar falls below the threshold 15 per cent daily value.

Most people know sugary cereals are more of an occasional treat than a healthy choice.

“But with Health Canada’s new labels, you could look at Froot Loops and think, `hmmm, maybe they aren’t so bad after all,’” says Jeffery.

Bernstein says the government missed an opportunity to help Canadians make healthier choices and reduce their risk of adverse health effects from too much added sugar.

Labels that made clear how much added sugar is in a product could encourage competition between manufacturers to put less sugar into their brands, she says.

Going forward, it will be difficult for researchers to study the impact of added sugar on the health of Canadians compared to people in other countries.

Governments have other options, says Bernstein. They can subsidize heathier food options, levy a tax on soft drinks and other products high in added sugars, or require manufacturers to reformulate products to include less sugar. Putting a red, green or yellow light on the front of packages to indicate whether a product is a healthy choice could also make it easier for consumers.

Health Canada could also move to restrict marketing of unhealthy food to Canadian children, another priority in the health minister’s mandate letter from the prime minister.

The government is working on a Healthy Eating Strategy and says it will use every tool at its disposal – legislation, regulation, guidance and education – to create conditions to support healthy eating. As part of this effort, it is revising Canada’s Food Guide.

But food labels are one of the most consulted sources of nutrition information in Canada, says Bernstein, so it is unfortunate the government missed the chance to make them more effective.

As for the food industry’s arguments, there is no chemical difference between added and natural sugars, acknowledges Bernstein, but that is not the point. It is easier to consume empty calories when you eat foods with added sugar, with none of the nutrients offered by fruits and vegetables to help protect against disease.

What about the argument that consumers would find the concept confusing? Jeffery and others disagree. Why are American and British consumers capable of understanding added sugars but not Canadians?

Health Canada has been consulting Canadians on “front-of-the-pack” nutrition labelling. Jeffrey, who in the ’90s lobbied for the “Nutrition Facts” labels currently on the back of packaged foods, has come to see that they are too complicated for most people to use effectively. A simpler regime on the front of packages that included an overall nutrient score would make it easier for consumers to buys healthier products, he says.

Most companies will wait until the government decides on what has to be on the front of packages before they change the nutrition facts on the back, so there is still time for Health Canada to change the labelling rules on sugar, says Jeffrey.

Both he and Bernstein stress that good nutrition is about far more than reducing added sugar. It’s about eating a diet rich in fruit and vegetables and whole grains.

Says Jeffrey: “The much bigger problem is we are not getting enough fruits and vegetables and we are getting too much sodium, and too many calories.”