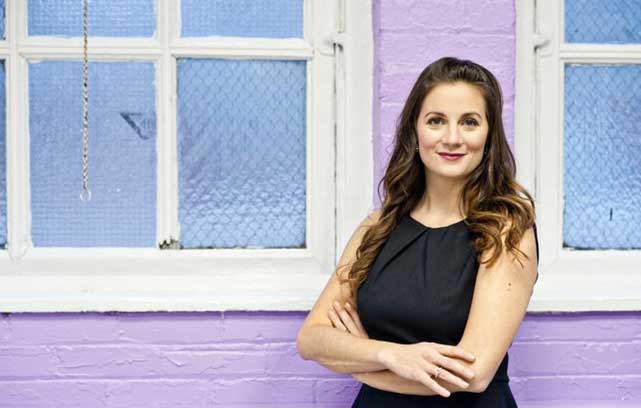 There’s so much happening at TakingITGlobal’s Toronto office, it’s easy to get overwhelmed.

The organization’s website says it “empowers youth to understand and act on the world’s greatest challenges.” Beyond that, and the fact it hosts an online discussion board for its more than 500,000 young members, it’s difficult to wrap one’s mind around all that they do – from helping under-30 entrepreneurs develop their ideas to holding nationwide youth competitions.

In a nutshell, it says, “we open doors for young people to get involved.”

As with most ventures worth paying attention to, the idea for TakingITGlobal came from a conversation between two tech-savvy teenagers in 1999. Jennifer Corriero had just finished her first year at York University and Michael Furdyk was going into his final year of high school.

Furdyk sold his first company, MyDesktop.com, in 1999 at the age of 16, earning him a place in Don Tapscott’s book, Grown up Digital: The Rise of the Net Generation. Part of the proceeds from that sale went toward starting a second company, BuyBuddy.com. The rest allowed Furdyk to work on a voluntary basis while TakingITGlobal got off the ground.

Corriero was working on her own website, Coolgirls.org (no longer in operation), which documented the lives of women missing from Canadian history. Both Furdyk and Corriero came to represent the interests of youth at a time when companies were eager to know what young people were looking for in the fast-growing tech scene. The two even consulted for clients such as Microsoft.

They may no longer be teenagers, but Furdyk, 32, and Corriero, 34, are more connected than ever to today’s youth – and just as busy. For the past 16 years, they have done through TakingITGlobal what a lot of successful non-profits do: find voids where no one else is working and fill them with programming. The organization has launched a number of successful mobile apps, taught online Master-level courses and helped social entrepreneurs launch their own projects.

Education systems are especially vulnerable to programming voids because they evolve at a glacial pace, meaning they are often behind the curve on adopting new concepts.

Corriero and Furdyk found that teachers around the world were eager to bring new ideas to their classrooms, but they didn’t know how to do it. In response, TakingITGlobal developed a set of online courses that helps educators incorporate three new concepts – global citizenship, environmental stewardship and student voice – into their existing curricula.

In 2013, the organization trained more than 160 educators in more than 520 virtual classrooms. That same year, TakingITGlobal partnered with the Toronto District School Board (TDSB) to deliver a professional training program to 100 TDSB employees from 18 schools. This year, the organization began awarding schools in Toronto a bronze, silver or gold rating depending on their level of commitment to these three concepts.

Most school systems are based on models that were developed after the industrial revolution, said Corriero. There may be a conceptual understanding of what the new models should look like, but it’s not easy to change a system that has been operating the same way for many years, she said.

Even updating the curricula for individual subjects can take decades, said Furdyk.

Teacher training in universities is also slow moving, said Furdyk, explaining that the fastest way to create change in the education system is to help in-service teachers incorporate new concepts into their lessons right away.

Teachers, he added, are a specific group of people that can be targeted as change makers because they have a huge impact – and quite a bit of power, particularly in kindergarten to grade eight levels when the curriculum is most flexible.

Michael Mendoza, a teacher and librarian at Wilmington Elementary School in Toronto, has participated in TakingITGlobal’s education program for the last three years and served as a co-facilitator last year for the environmental stewardship course.

After completing his first course in 2013, Mendoza helped organize a “take your kids outside day” at North Preparatory Junior Public School, which is where he was working at the time. The school-wide initiative asked teachers to spend time outdoors with their students and allow them to explore.

One of the biggest lessons of the program is to value student-led learning, said Mendoza. “As a teacher, you always want to get the next best resource. But one of the amazing resources we already have is our students. You can just ask them a question or show them a picture and ask what they think about it,” he said.

More school boards may eventually incorporate TakingITGlobal’s ideas into their official curricula. If that happens, Corriero and Furdyk will find new ways to inspire young people to create change.

The impact this social venture is having on the world is hard to see, partly because its services are so intangible, said Corriero. It’s not like a food bank where the community would notice immediately if the organization closed its doors.