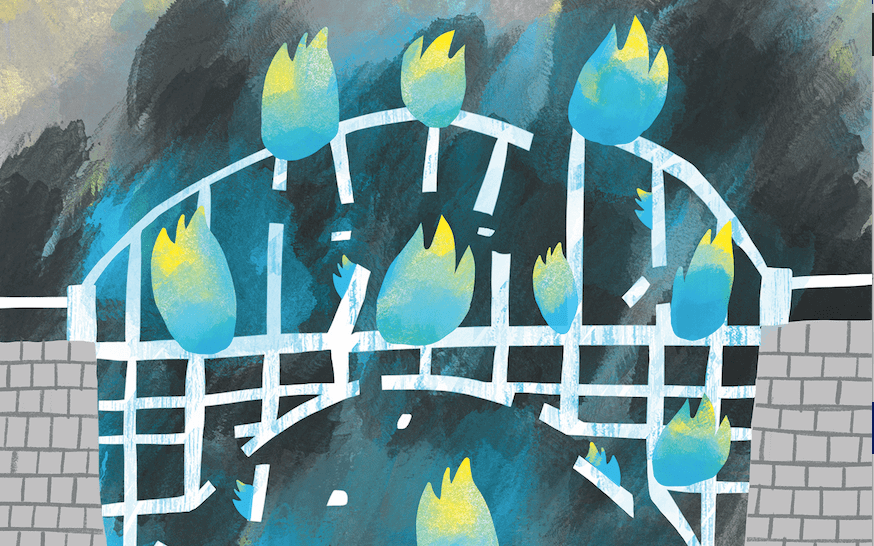 It’s been a tough few years for the world’s largest manufacturers of natural-gas-fired turbines for the electricity sector, as the much-heralded dash to gas in the power sector is showing signs of flagging.

The three big makers of gas turbines are General Electric, Siemens and Mitsubishi Hitachi Power Systems, and together they have seen global sales – as measured by total megawatts of capacity – decline by half since the high-water mark in 2014.

Faced with growing competition from low-cost clean energy options, all three companies are cutting back global operations related to the gas-fired power business after ramping up in anticipation of a shift away from coal and nuclear.

Renewable power is now competitive with new gas generation across much of the world – especially outside North America, which still benefits from a glut of the fossil fuel, according to reports from groups like Bloomberg New Energy Finance (BNEF) and McKinsey & Company.

As a result, renewables are grabbing a bigger share of the market than had been expected.
“Until just a few years ago, solar and wind power were more expensive than fossil-fueled electricity in most places, but cost parity has now arrived,” Jules Kortenhorst, chief executive officer at Rocky Mountain Institute, wrote in a September blog post. “Some argue that renewable costs will stop falling. But the evidence suggests that prices for renewables will drop far below incumbent energy sources, and fast.”

Those shifting fortunes are masked somewhat by the ongoing boom in gas demand. Turbine sales are down from historic highs, but even the lower volumes result in additional gas in the global power mix. Gas consumption grew by 4.6% in 2018, the fastest pace since 2010, the International Energy Agency noted recently.
However, declining turbine sales and the steep drop in the price of clean power raises new questions about the role of natural gas as a transition fuel in the drive to a zero-carbon future.
At stake is whether the decarbonization of the world’s energy systems can occur rapidly enough to limit global warming to less than 2 degrees C, or preferably 1.5 degrees.

A rapid transition – consistent with Paris climate goals – would see fossil fuel use in the electricity sector peak over the next decade before steadily declining, while a more gradual trajectory projects continued growth in gas, in particular, through to 2040, according to The Speed of the Energy Transition, a report by the World Economic Forum published this September.

Betting on the wrong horse

Gambling on long-term gains for natural gas is proving to be a costly error. General Electric Company is still struggling after making a bad bet on the gradual scenario four years ago.

In 2015, the company paid US$13.7 billion for the electricity generation and distribution assets of France’s Alstom. The acquisition came just as the market for gas turbines turned down, forcing GE to write off assets and lay off staff.

In early 2017, GE projected that sales of gas turbines between 2017 and 2026 would total 78 gigawatts (GW) of new capacity. By the end of that year, it had cut that forecast nearly in half, to 40 GW, the Institute for Energy Economics and Financial Analysis (IEEFA) noted in a recent report.

“The world is transitioning away from fossil fuels – particularly expensive imported thermal coal and gas – into low-cost, zero-pollution domestic renewables such as wind and solar,” Tom Sanzillo, IEEFA finance director, said. “This is where the smart money is, but GE failed to pick the trend – and ultimately failed.”
GE declined to comment for this article, but the company says that it is retooling its gas turbine business and that it expects gas to play “a vital role” in the global power sector in the coming years.

With the impacts of global warming becoming more dramatic with each passing year, energy executives – and their government owners and regulators – are increasingly committed to reducing their greenhouse gases, Paul Browning, president of Mitsubishi Hitachi Power Systems (MHPS) America, told a conference in Toronto this August.

While Browning said MHPS’s gas-turbine sales have held up better than its competitors, he acknowledged that future prospects are not as bullish as was forecasted just a few years ago.

The Japanese company is making a bet on hydrogen, both as a storage medium and as a renewable source of energy that can be burned in gas turbines to power the grid. (Hydrogen is a manufactured source of energy. When the power used to make it is solar or wind, it is a low-carbon source that can be dispatched at times when those intermittent renewables are not available.)

Currently, MHPS turbines can run on up to 30% hydrogen, combined with natural gas. Browning said the future models will be able to run completely on hydrogen.

Current battery technology is competitive for short-term storage, but other options – vastly improved battery designs, renewable hydrogen or carbon-capture-and-storage – will be needed to ensure grid reliability over longer periods, the MHPS executive said.

Renewables getting cheaper all the time

The slump in gas-turbine sales has both cyclical and long-term causes, said market analyst Mark Axford, who tracks the industry for global power customers.

In 2014, global sales of gas-powered turbines hit 60 GW, but sales fell to 31 GW last year, Axford said. He expects sales this year will be roughly equivalent to the 2018 figures.

There was a spate of new construction prior to 2015 that will take some time to work off, even as China’s economy – a key market – has slowed from its breakneck growth pace.

But there is also a faster shift to renewables as falling costs and government subsidies drive sales. The subsidies “are doing exactly what they were intended to do – they’re distorting the market in favour of renewables,” Axford said.

However, new analysis suggests that renewable power – coupled with demand management – is cheaper than gas even without subsidies or carbon pricing. In the United States, a clean energy portfolio of solar, wind, storage and demand management would provide lower-cost power than 90% of the proposed 68 GW of gas-fired power now being planned, the Rocky Mountain Institute (RMI) says in a new report.

In September, Los Angeles approved a solar plus battery storage project that will procure 6 to 7% of the city’s power at record low prices (3.3 cents per kilowatt hour).

New analysis suggests that renewable power – coupled with demand management –
is cheaper than gas even without subsidies or carbon pricing.

Indeed, assuming clean power technology continues to fall in price, the cost of new power from those fossil-free sources will be lower than the operating costs of gas-fired plants within 15 years, the RMI report says. In that case, utilities will face pressure to close the gas-fired plants prematurely, just as they did in moving away from coal to gas over the last several years.

Some two-thirds of the world’s population live in countries where wind or solar – or both – are the cheapest source of new electricity generation, BNEF said in its annual outlook. “By 2030, new wind and solar ultimately get cheaper than running existing coal or gas plants almost everywhere,” the report said.

Within five years, batteries will be the most cost-effective way to meet the daily peaks in electricity demand, and by 2030, battery storage will compete with gas as a source of power for when the sun does not shine and the wind does not blow, BNEF said.

BNEF’s forecasts are based on a “least cost optimization” outlook, which assumes continued declines in renewable and battery costs and that utilities will adopt the most cost-effective power.

If the world shifts from two-thirds fossil-fuel power in 2018 to two-thirds zero emissions by 2050, half of the world’s power will come from renewables such as wind and solar, BNEF said.

However, under its forecast, gas-fired power capacity would still double between now and 2050, with the fossil fuel serving to meet peak demand and back up the intermittency of the renewables.

As governments around the globe push utilities to get to 50% – and eventually 100% – non-emitting, the grid will need either gas “peaker” plants (that fire up when demand spikes) coupled with carbon-capture or far more storage capacity for renewables to provide a steady stream of power.

BNEF analyst Seb Henbest said the world’s power mix may be on track to meet its 2030 Paris commitments, but after 2030, it goes off course with the stubborn reliance on gas and legacy coal plants.

The outlook does not factor in technological breakthroughs or the potential for more aggressive government policies to reduce emissions, such as carbon pricing, renewable portfolio standards or eliminating fossil fuel subsidies, he said.

“Beyond 2030, you need to accelerate beyond the least-cost options to meet targets,” Henbest said.

Among the more bullish supporters of the dash to gas has been the International Energy Agency (IEA), whose executive director, Fatih Birol, has touted the potential for liquefied natural gas (LNG) to reduce coal use in Asia, where coal plants are still on the rise.

In the IEA’s sustainable development scenario – which is meant to reflect 2 degrees C Paris commitments – gas demand continues to grow to 2025 before flattening out. It sees gas as the only fossil fuel for which demand in 2040 is higher than today.

Some analysts warn that natural gas will face the same fate as coal, with stranded assets whose operating costs are undercut by cheaper, zero-carbon options. “The financial shocks now being experienced in the natural gas sector are reminiscent of similar patterns in the coal sector, where euphoric forecasts of growth based on East Asian demand a decade ago led to over-expansion and financial collapse,” said Global Energy Monitor in a report, The New Gas Boom, released this summer.

“The financial shocks now being experienced
in the natural gas sector are reminiscent
of similar patterns in the coal sector.”
—Global Energy Monitor

Critics have urged the IEA – which advises global governments on energy policies – to produce a scenario that is fully consistent with a 1.5 degrees scenario and that relies less on fossil fuels and carbon storage technologies to capture CO2 after it’s emitted.

At the United Nations Climate Action Summit in New York, major oil companies such as Royal Dutch Shell and Norway’s Equinor touted the role of natural gas as a cleaner-burning fuel that can be instrumental in eliminating emissions from the global power sector.

However, the companies are making slow progress in reducing the fugitive release of methane, a powerful short-term greenhouse gas, even as U.S. President Donald Trump moves to kill federal regulations that would force the industry to capture the methane in all new oil and gas facilities.

“The challenge for natural gas is that methane emissions work to undo much of the climate benefit that we thought we were getting from gas in the switch away from coal,” Mark Brownstein, senior vice president of Energy at Environmental Defense Fund, said in an interview.

Equinor recently had its wrists slapped by the U.K.’s advertising regulator after running spots on the Underground that implied natural gas is a “low carbon” fuel.

“While the oil industry is pinning its hopes on gas and is working hard to convince politicians that we’ll need gas for decades to come, they simply can’t stand up to these kind of claims,” said Murray Worthy, a senior campaigner for Global Witness, which launched the complaint. “And since gas isn’t low carbon, it has no place in the U.K.’s zero-carbon future.”