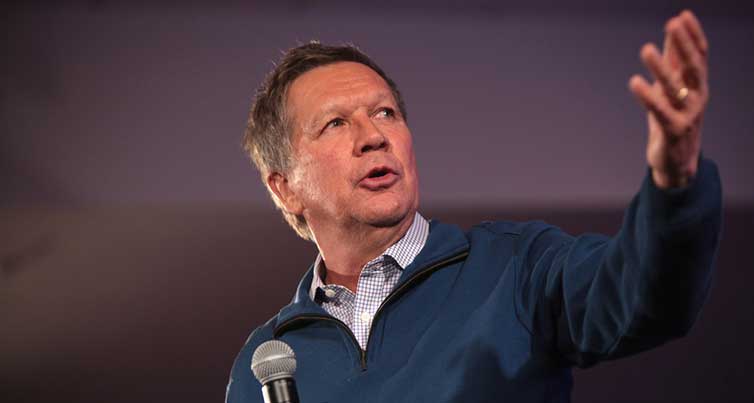 In a break with lawmakers from his own party, Republican Governor of Ohio John Kasich recently vetoed legislation that would have extended an existing freeze in renewable energy requirements and energy efficiency standards for another two years.

“Job creators have attributed their reasons for expanding, growing and creating jobs in Ohio to, among other things, our state’s stable fiscal health, jobs-friendly tax climate and sound regulatory policies – as well as our state’s wide range of energy generation options,” Kasich  said in a statement in December. “[This bill] risks undermining this progress by taking away some of those energy generation options, particularly the very options most prized by the companies poised to create many jobs in Ohio in the coming years, such as high technology firms.”

The mandates were first passed in 2008 by a Republican-controlled legislature, which required Ohio utilities to derive 25 per cent of their electricity from renewables by 2025. It also instructed these utilities to reduce electricity consumption by 22 per cent through energy efficiency programs. In 2014, however, lawmakers voted to cut the mandates in half and impose a two-year moratorium to study the issue. The study, conducted by the Energy Mandates Study Committee, concluded that the postponement should be prolonged for another two years. Currently, just 2.5 per cent of Ohio’s electricity is generated through renewable sources such as wind and solar.

Republican State Senator Bill Seitz criticized the veto, describing it as a sop to out-of-touch coastal elites. “We can only hope that President Trump and his amazing cabinet of free market capitalists will save us from the regulatory overreach of Al Gore-style policies that take unnecessary money out of ratepayers’ pockets,” he said in a statement. Supporters of the bill do not have the numbers to override the governor’s veto, but Seitz is instead looking to propose new legislation that would make compliance optional for utilities.

Renewable portfolio standards (RPS) have emerged over the past decade as one of the most effective tools for transitioning the U.S. energy grid away from fossil fuels. To date, 29 states and the District of Columbia have adopted RPSs, including several states like California and Massachusetts that are considering legislation to strengthen them. An additional eight states having opted for voluntary renewable electricity targets instead.