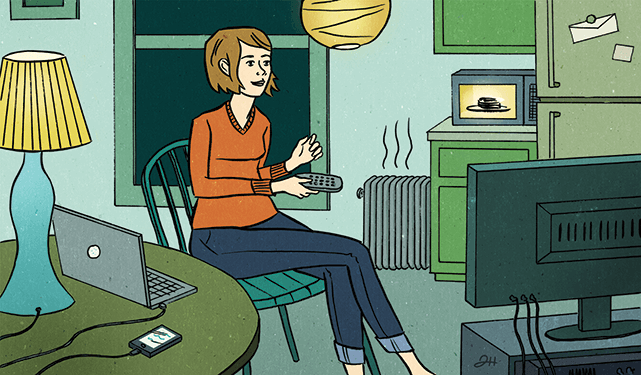 It is not a coincidence that the movement to abolish slavery started in nations that, thanks to the Industrial Revolution, didn’t need them anymore. Author Andrew Nikiforuk is not the first to notice that fossil fuels power devices that now fill the role once reserved for people. Richard Buckminster Fuller first used the term “energy slaves” in 1944, calculating that every American used the energy equivalent of 39 people to do their bidding. Now, we each have about 10 times as many energy slaves serving us.

Nikiforuk builds on Fuller’s ideas in his book The Energy of Slaves: Oil and the New Servitude. It is a fascinating book with, I think, a dreadful title. One’s first thought is that, yes, energy slaves have taken the place of human slaves. But is this a bad thing? To paraphrase from the 1970s science fiction movie Soylent Green, “Oil isn’t people.” You can’t compare the two. Or can you?

He argues that fossil fuels are also the root of all evil, including the population explosion. “If coal was the Spanish fly of the nineteenth century, then oil surely served as the Viagra of the twentieth.” He doesn’t think much of the way we have turned out, either. Take the following excerpt:

“The people on fossil fuels, perhaps the most narcissistic and bankrupt cohort in the history of the species, shop incessantly and genuflect to the market or the state, the provider of goods and services. They have fewer children. They prize small families or no families and primarily live in cities. They eat lots of animal protein, tend to be obese, and live as long as J.D. Rockefeller. They use condoms and support abortion. They accept women in the workforce, eschew marriage, hail secularism, promote individualism… Highly mobile, they prize no place in general. Their elderly are numerous but neither valued nor respected. The overwhelming presence of mechanical slaves in everyday life has created the temporary illusion that children are not needed to care for the old.”

This is an extremely telling and troubling paragraph, in which Nikiforuk dismisses much of western civilization and most of his readership. It would appear that for Nikiforuk, most of the wonders of the 20th century, from longer lives to equal rights for women, are problematic as they are built on the backs of our energy slaves. He never acknowledges the benefits that replacing human labour with energy slaves has brought society, only the excesses.

Now, as the cheap and easy sources of fossil fuels run out and our energy slaves become more expensive to feed, what are the alternatives? Nikiforuk doesn’t think renewables can generate enough, and, like writer David Owen, thinks energy efficiency just leads to more consumption.

Nikiforuk concludes that we have to reduce our energy consumption by changing our lifestyles in “a radical decentralization and relocalizing of energy spending combined with a systematic reduction of the number of inanimate slaves in our households and places of work.” It all comes down to the argument we are seeing played out in the streets of our cities every day now. In this regard, Nikiforuk quotes Austrian philosopher Ivan Illich:

“Each community must choose between the bicycle and the car, between a ‘postindustrial labor-intensive, low-energy and high-equity economy’ and the ‘escalation of capital-intensive institutional growth’ that would lead to a ‘hyperindustrial Armageddon.’”

Nikiforuk concludes that there is a worldwide “haphazard and improbable emancipation movement” emerging where people are “exchanging quantity for quality, and relearning the practical arts… Above all, they are relearning what it means to live within their means, with grace.”

It is a weak ending; the world will not be saved by hipsters on bikes. But the fact that Nikiforuk cannot come up with a plausible solution doesn’t diminish his basic thesis: We are too dependent on our energy slaves, and are becoming incapable of surviving without an army of them for each of us. It’s not healthy for us or the planet, it’s not moral and it’s not going to last.