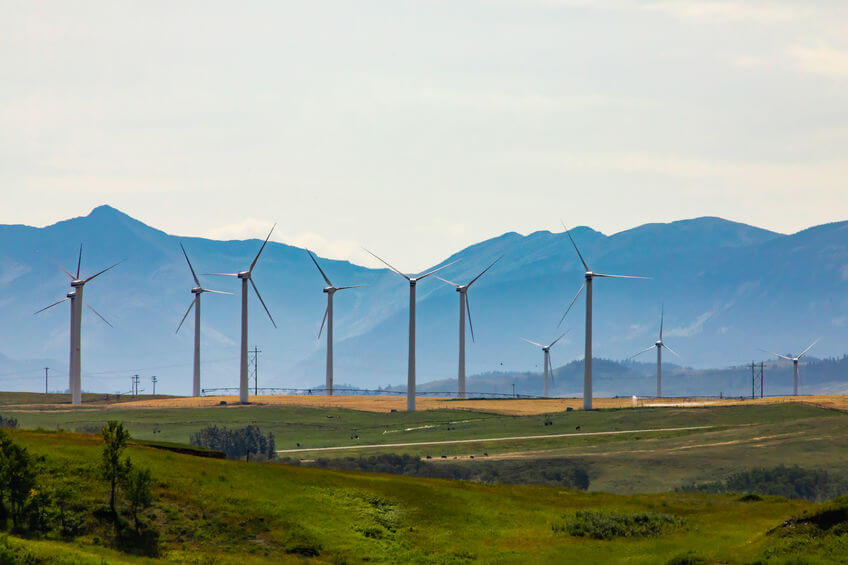 Infrastructure investments are always a favourite in economic stimulus packages. There’s a good reason for this: infrastructure is a key building block of our productivity. Think about the effort involved in crossing Canada’s rivers without a bridge or travelling the country without roads. Power infrastructure has played an equally critical role in transforming modern life. Electrons are the key input for lighting, refrigeration, computation, as well as the sharing of information and entertainment, among other services, that make our lives so much easier than our great-grandparents’. We enjoy with such nonchalance the benefits of power generation, transmission and distribution infrastructures that we mostly forget about them.

In the coming decades, power infrastructure will only increase in importance. Electricity allows for so many gains in efficiency that it will continue to be a fundamental driver of future advancements. Compare a gasoline-fuelled car with an electric car: EVS are approximately five times more efficient (meaning they require five times less energy to use an EV than a traditional car).

To decarbonize our societies and reach our climate targets, electricity must be the central energy source. We’ll need to produce it from sources that don’t emit greenhouse gases and substitute it for most of the hydrocarbons we currently use. For continued growth as we prepare for a cleaner future, we will need to ramp up Canada’s green power infrastructure.

But that new infrastructure will also need new operating systems. No one would run a brand-new computer with MS-DOS, the operating system that dominated the computer world in the 1990s. But this is the mistake we could easily make in electricity: invest billions of dollars in new, smart and green infrastructure, while running the system the same old way.

Pierre-Olivier Pineau speaking at Corporate Knights’ 2nd of 7 roundtables on Building Back Better.

In Canada, each province oversees its own electricity system. Each province has its own generating companies, its own transmission owner and grid operator, its own distribution companies and, of course, its unique approach to price setting, planning and interacting with the government. Do you remember back when you could not read a Windows file on an Apple computer? This is still the case in electricity in Canada – but here there are 10 systems and almost no one talks about setting common standards. Before upgrading to the next generation, we’d be wise to develop the right software for our new electricity infrastructure.

The institutions that run Canada’s 10 electricity sectors were mostly designed in the 20th century. Computers were not very powerful, financial tools were not sophisticated, pricing was constrained by the basic metering technology, and climate change was not an issue.

We are now in a totally different context, but most Canadians still get their electricity and pay for it as they did 50 years ago. What was good then is not good now. There is no economic or environmental reason for Quebecers to pay seven cents per kilowatt-hour when Torontonians pay 14. There is no good reason to plan Site C (a 1,100-megawatt hydropower project) in British Columbia without linking it to wind developments in Alberta, where balancing issues are a concern, to smooth out the intermittency of wind. In the East, how could Newfoundland and Labrador run into a financial disaster for building another hydro project (Muskrat Falls, 824 MW) when its direct neighbours are desperate for renewable energy?

All these absurd, but real, examples stem from the quarantined approach provinces have adopted in their electricity planning and operations. As we emerge from the pandemic and reopen the economy, we need to plan for the opening of our electricity markets.

Transmission lines should be considered as a transparent exchange platform. Common rules should be developed across Canada and North America to minimize the transaction costs to send electrons from one place to another. Transmission should be planned and operated independently from government and generation and distribution companies.

Power system operations should similarly be managed independently and for large areas – not by province. As an example, the UK, with a population of 66 million, has one system operator (National Grid), while Canada, with 38 million people, has 10 system operators. We should follow the lead of European countries that are working toward a harmonized electricity market. They are more advanced across countries than we are now between provinces.

Beyond transmission and system operations, renewable energy targets and incentives should be jointly planned (to minimize the overall investment costs), prices should better reflect the actual value of electricity (and not its production cost, based on historical accounting information), and storage and demand response strategies should be shared.

If the federal government simply injects billions into hardware, without incentivizing a fundamental reset of our electricity institutions, it will waste large sums of money to reinforce the status quo. Absurd planning and aberrant price and consumption-level differences will prevail across the country. The best opportunities will be missed because we will focus on building more instead of getting smarter.

One possible approach could be to follow what we have done in health, with a federal set of standards under the Canada Health Act, while leaving to provinces the control of the sector. Power-sector stimulus funding could be tied to the implementation of key transparency and openness principles in transmission and system operations. A roadmap for electricity harmonization should be created, to make the ways we generate, transmit, distribute and use electrons more coherent.

The current and future role of those electrons is too precious to let them be ruled by dated historical institutions.