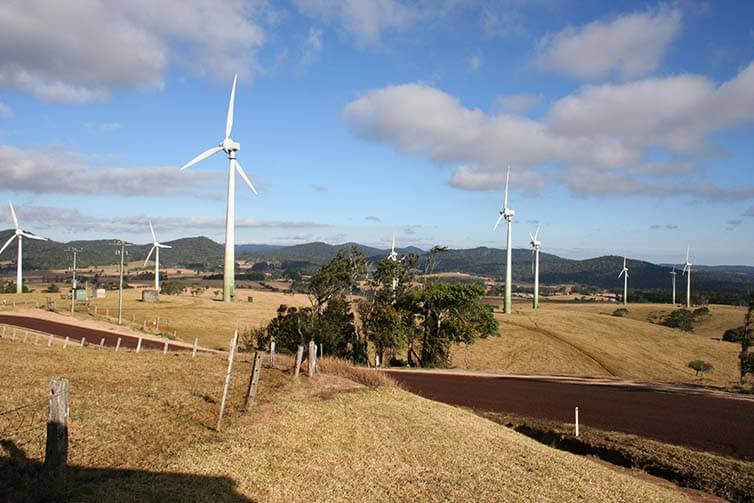 Defying the policy uncertainty that has held back utility-scale solar across most of the rest of Australia, renewables investment is gathering pace across Queensland, a region traditionally known as coal country.

When Glencore, the multinational mining conglomerate, recently received licenses for its Wandoan Coal Project in Queensland’s Surat Basin, it announced the news with a note of circumspection:

“Adding significant new tonnes to the market at this time could adversely impact the profitability of existing thermal coal production, potentially putting jobs at risk as the market adjusts downwards as a result of oversupply.”

It’s more likely, in fact, that solar power that will be providing more jobs in the Wandoan area, where Royal Dutch Shell is continuing its transition toward renewable energy with regional government approval for its 250-megawatt Delga Solar Farm just up the road from Glencore’s tentative new coal stake.

In addition, Equis Energy, the largest independent power producer in Asia, has received the greenlight for its Wandoan South Solar Project, a complex designed for a full gigawatt (1,000 megawatts) of capacity. The project will be Australia’s largest solar array, and it embodies the pace at which the Australian utility-scale solar industry is developing (the current largest solar farm in Australia is the 102-megawatt Nyngan Plant in New South Wales).

Meantime, the transmission company Powerlink, seeing an opening in the Queensland government’s target of 50 percent renewable energy by 2030, is seeking expressions of interest for connections to its proposed North Queensland Clean Energy Hub. The hub will consist of a transmission loop from Townsville 350 kilometers north to Cairns. Projects already set to be connected include Genex’s solar and pumped hydro project at Kidston, Windlab’s 1,200-megawatt solar, wind and storage hybrid project, and a host of other wind, solar and hydro projects.

The 600 jobs that the Wandoan South project will create during the construction phase comes as much-needed good news given the high rates of unemployment in parts of Queensland.

None of these are isolated projects. At a Townsville new-energy conference last week, attendees learned of 31 renewable projects in various stages of development across Queensland, projects with the potential to create over 3,000 jobs in construction alone. That level of renewables-driven job creation puts in perspective the 1,464 iffy jobs that backers of Adani’s increasingly unbankable Carmichael coal project are touting. Adani’s recent announcement that work on the mine is to begin in October is designed to give the illusion of progress, but the reality is less exciting.

An Adani regional manager made it clear that Carmichael employment – assuming the project can get off the ground – would peak at 49 people in 2017, and most of those jobs would be in such tasks as soil testing and design work. Hardly a jobs bonanza.

The fact is, modern, automated coal mining doesn’t employ that many people anymore, especially beyond the construction phase. This is true of the electricity generation industry generally, although renewables bring broad economic benefits that are about more than jobs.

Renewable-power electricity is steadily growing cheaper than coal-fired power, although a small but vocal minority of people cling to their ideological insistence that the answer to Australia’s high electricity prices is to build modern new coal-fired power stations. The fiction at the heart of this thinking is crumbling, even being questioned now in the highest reaches of government by the likes of long-time coal-expansion proponents like Federal Treasurer Scott Morrison.

In Australia, as elsewhere, a sea change is taking place in the realization of what renewables can do – lower electricity prices that can help drive businesses of all sizes to prosper and jobs in any economy where wind, solar and electricity storage are commonplace.

Simon Nicholas is an IEEFA energy finance analyst. A version of this article first appeared on IEEFA’s website.