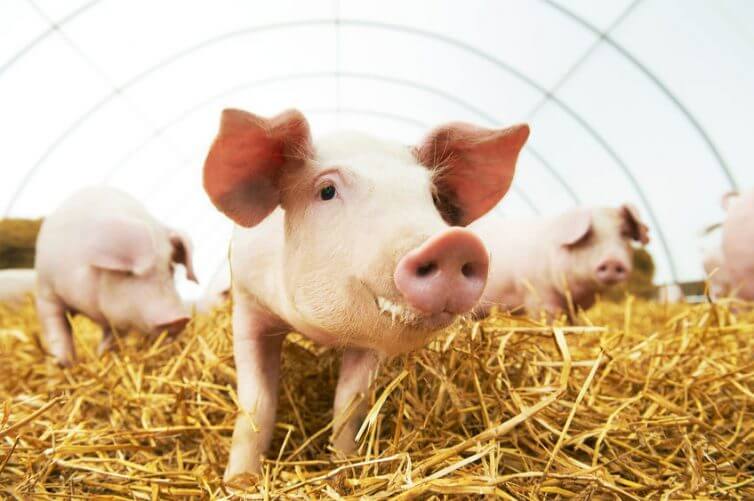 Cage-free. Antibiotic-free. Certified humane. Food companies have been responding to growing public concern over animal welfare by offering up shelves (and menus) full of labels promising better living conditions for the animals we eat. But how are they putting those claims into practice on farms and in slaughterhouses across the globe?

UK-based Business Benchmark for Farm Animal Welfare has just released its seventh annual ranking of the world’s largest food and drink companies, checking on who’s putting their money where their mouth is and who’s not even at the table. This year, BBFAW assessed 150 grocers, food makers, restaurant chains and suppliers on their farm animal welfare policies, practices and performance. It examines thorny issues like the confinement of animals, antibiotic and growth hormone use, as well as whether companies have, say, senior management in place to move policies beyond feel-good pledges (turns out that 43 % of companies now have explicit board or senior management oversight of farm animal welfare, up from 22 % when the benchmark launched in 2012).

British firms like Marks & Spencer and Waitrose have long dominated the benchmark’s leadership tiers. A handful of American meat giants, including Cargill, are also climbing the ranks after being plagued for years by animal rights exposés. But not a single Canadian food company appears in the top three tiers of the six-tiered benchmark.

Loblaw, Tim Hortons, as well as new arrivals to the list Maple Leaf and Saputo are the top-ranked Canadian companies, sitting at tier 4 (labelled as “making progress on implementation”). Another benchmark newbie, Empire Company/Sobeys, is trailing behind in tier 5. That essentially means that animal welfare may be on their business agenda, but BBFAW says there’s “limited evidence of implementation.”

Conscious consumers might start skipping the roadside hot dogs altogether at Quebec-based Couche-Tard (Circle K) once they find out the company sits dead last in BBFAW’s sixth tier. It’s among 70 companies that BBFAW says offer up little to no public info on their farm animal welfare.

Marie-Noelle Cano, senior director of corporate communications with Couche-Tard, told Corporate Knights, “Couche-Tard is both committed to sustainability and to developing a more public strategy to report on its sustainability initiatives.” She adds, “In the future, we look forward to being asked in advance to participate in surveys such as this benchmark in order to provide transparency for our investors, employees, and customers concerning the company’s efforts.”

Considering animal welfare is increasingly front and centre with consumers and investors alike, that transparency is going to be pretty vital. To date, 23 investors, representing £2.5 trillion (C$4.3 trillion) in assets under management, have signed the BBFAW Global Investor Statement on Farm Animal Welfare, recognizing farm animal welfare as a significant financial risk for laggards, as well as a rising business opportunity for leaders.

European companies definitely have a leg up in all this, seeing as EU regs on, for instance, battery cages and gestation crates are far ahead of Canadian standards. Canadian codes of practice still allow farm animals to sit on trucks without food, water or rest for 36 hours, compared to 14 in Europe.

That said, “Canada is making some progress,” says Mercy for Animals’ senior animal welfare specialist, Lauri Torgerson-White. She notes that companies such as Loblaw, Sobeys, Restaurant Brands International (Burger King/Tim Hortons) have committed to selling only cage-free eggs by 2025 in Canada. Making sure companies follow through on those pledges is part of what BBFAW and Mercy for Animals will be keeping an eye on.

BBFAW executive director, Nicky Amos, says there are hopeful signs that Canadian food companies may move up in future rankings. “Watch this space. Maple Leaf came in as a new company at tier 4, which is actually a really good score for a company that is not used to being benchmarked. Similarly, Saputo ranked tier 4, as well.” That, she says, means “they’re well on the journey. They’ve got policies that are being implemented. They’ve got management structures in place to deliver on those targets.”

If food companies don’t continue to make progress on the most pressing animal welfare issues of our day, Torgerson-White warns they’re bound to slip in rankings, as McDonald’s, Subway and Walmart did this year. And you can bet the farm that activists, investors and consumers will be making a stink about it.