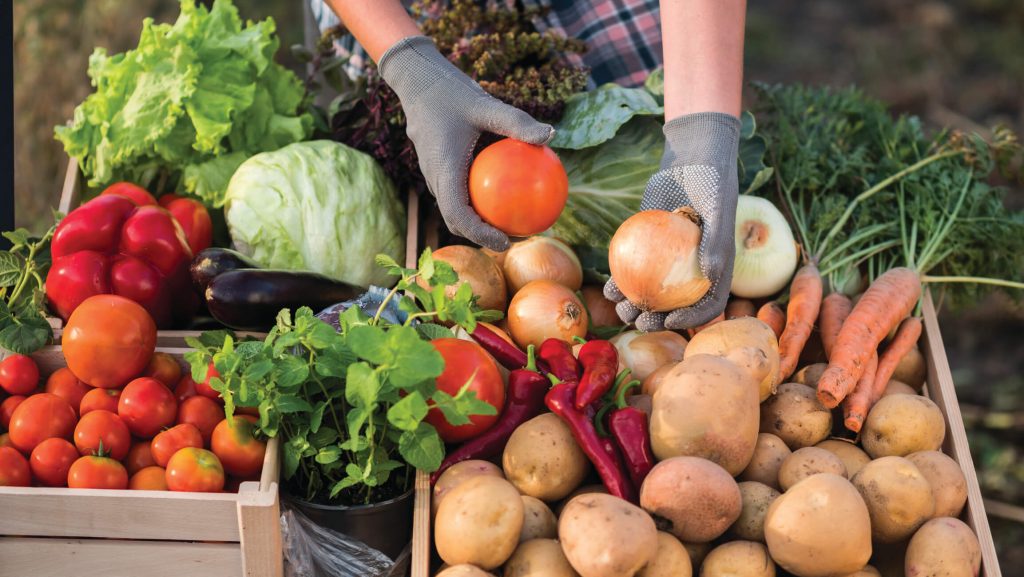 This shift to e-commerce has created new pressure, and a renewed focus, on regional food systems. In April, markets in many provinces began to reopen but with new safety protocols in place that limit how and when people shop. On April 24, in a move that underscored the importance of direct sales channels, the Ontario government said it would invest $2.5 million to help food producers and farmers’ markets make the transition to e-commerce.

For some farmers, it’s meant rushing to get inventory online and sales started overnight, highlighting the precariousness created by the closure of markets and restaurants. A third of the 500 vendors in the Greenbelt Markets network, which supports Ontario farmers, also supply to restaurants and wholesale businesses. Quebec’s farmers’ union says the sector has seen more than 30% of its market disappear with the closure of hotels, restaurants and institutions. Online sales can mean the difference between survival and unemployment.

The pandemic is also turning what was a burgeoning trend for the farm-to-table movement, home delivery, into an essential part of food sales. Services that were requested infrequently before March are now commonplace. Sarah Bakker of Field Sparrow Farms in Bobcaygeon, Ontario, used to receive a few orders a month for home delivery. Right now, it’s 40 a week.

“We were already thinking of 2020 as the year of home delivery,” said Simon Huntley, who runs Harvie, a Pittsburgh-based technology platform that helps farmers sell directly to customers. But he didn’t anticipate how quickly the pandemic would alter demand. One hundred and eighty farms in the U.S. and Canada are currently using Harvie, and most have seen their sales increase by 200%. “It’s accelerated in two weeks what was going to happen in 10 years,” Huntley said.

Farmers have had to turn to neighbours and local partners when the inventory they planned for a regular week sells out. “You can’t just magically make more stuff appear,” said Cooper. She increased orders from other sources to fulfill her sales, which doubled this season. But, she said, “It’s not easy being a small farm and then having to rely on other small farms.”

“[The pandemic] accelerated in two weeks what was going to happen [on farms] in 10 years.”
—Simon Huntley, Harvie

Platforms like Harvie, Local Line and Open Food Network offer product features specific to farmers’ needs, like virtual markets for multiple farms and customizable orders. These will be essential as the demand for local food increases.

Stress on supply chains caused by the pandemic created long waits for home delivery by large retailers. Going to grocery stores has become more fraught. And while new containment measures for food delivery, such as low-contact and drive-through pick-up, require physical distancing, people still want proximity to the source of their food: to know where it comes from, that it’s reliable, and to support local businesses.

And with restaurants closed, buying farm-direct produce is also a way to eat well at home. Farmers are reaching new customers as a result. “I knew this was big when my ex-mother-in-law texted me to ask where to get home-delivered food,” said Huntley.

Orit Sarfaty, the chief program officer at Evergreen, a national organization focused on the health of urban environments, agreed. In March, her team signed up 10 farmers in 24 hours to fill 150 boxes with fresh produce for Evergreen’s Farm in a Box program. Now, she said, “I’m getting messages from people who’d never been to our farmers’ market. This was the first time they’d experienced fresh produce from a farm.” Evergreen’s boxes were sold out through May.

The loss of markets comes at a critical time for the agricultural sector. About 55,000 temporary foreign workers travel to Canada each year to work on large farms during the peak growing season. Most of them work in Quebec and Ontario.

Because of the pandemic, fewer workers are expected to arrive. When they do, they have to undergo a two-week quarantine period. In April, the federal government said it would provide $1,500 per person to offset the cost of housing and feeding workers during isolation, but that hasn’t prevented a number of deadly COVID-19 outbreaks on southwestern Ontario farms. About 350 workers in the Windsor-Essex region have tested positive and two have died.

As people continue to shelter in place, it’s not clear what business will look like in the long-term. Many farmers hope the current demand is a sign that the confluence of agriculture and technology will turn local food into a mainstream habit.

Will that habit last? “That’s the million-dollar question. It’s the conversation I’m having with every single one of my farming friends,” said Bakker. But, she added, “We’re going to keep delivering as long as the demand is there.”