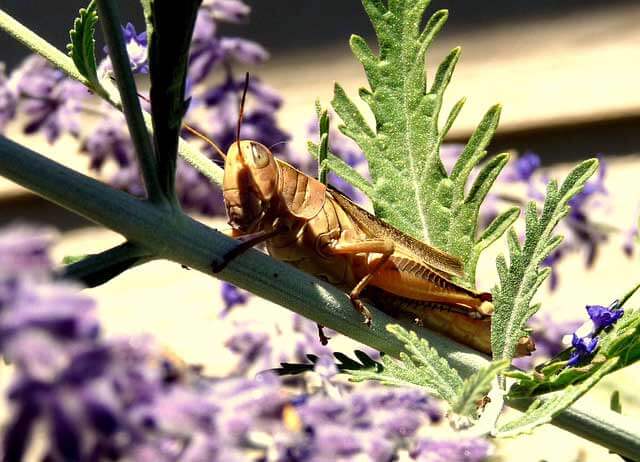 Two billion people worldwide think nothing of munching on a tasty insect snack or entree, but until recently very few of them were Americans.

That’s all changing, though, as edible insects inch their way into mainstream fare in the United States, with crickets rapidly emerging as the “gateway bug.” Hip startups in Brooklyn, Boston and San Francisco are already baking cookies and snack chips with cricket flour, and cricket flour protein bars will soon be part of snack boxes on JetBlue airline flights.

The trouble is, demand for edible crickets exceeds the supply. Only a handful of companies are raising the chirpy insects, and they aren’t nearly as efficient as they could be, says Daniel Imrie-Situnayake, the co-founder and chief executive officer of Tiny Farms, a startup based in Oakland, Calif.

“The entire U.S. farmed output of crickets is still fairly small,” Imrie-Situnayake says. “In order to have a cricket bar next to the checkout of every Safeway in the country, you need a lot more scale and a lot more productivity.” 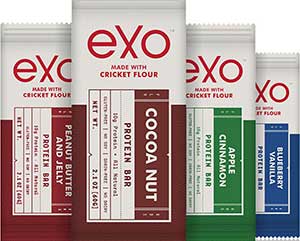 Cricket flour protein bars now being given to JetBlue passengers.

That’s why Tiny Farms is set on bringing modern agricultural technology to insect production, capitalizing on this low-fat protein source that efficiently converts feed into food, requires less land and water than cattle or pigs, and is thought to emit fewer greenhouse gases, according to a comprehensive 2013 report from the Food and Agriculture Organization of the United Nations (FAO). Imrie-Situnayake and his Tiny Farm colleagues are researching feed formulation, habitat engineering, farm automation and management software to drive scale and lower costs.

Crickets on the move

The U.S. edible insect industry, while small, is growing rapidly. About 30 companies now sell bug-based food in North America, five times as many as a few years ago, according to Imrie-Situnayake.

Its proponents compare insects to sushi—an initially unappealing food introduced to the United States in 1966, primarily to cater to Japanese businessmen, which has since become ubiquitous.

“Consumers are really, really excited about insects as food,” says Imrie-Situnayake. “People are ready, right now, to try insects as an ingredient in products, especially those that have a health and environmental story to tell.”

Crickets are a particularly good product for moving squeamish consumers past the insect “ick” factor, says Imrie-Situnayake, because unlike some critters, they aren’t associated with dirt or decay. “People think of a nice pastoral scene, with crickets chirping away in the field,” he says, and what’s more, they can be dried and ground into a flour that’s easier for squeamish consumers to stomach.

Imrie-Situnayake, a 28-year-old native of the United Kingdom, and his friends and co-founders, Andrew and Jena Brentano, started Tiny Farms about two-and-a-half years ago. Imrie-Situnayake had worked as a software engineer in California’s Silicon Valley for about five years, while the Brentanos, who are married, were building a web-design firm. “We’re all keen gardeners and food people,” Imrie-Situnayake says, so they began looking into ways to grow food closer to where people eat. They soon focused on insects and found a nascent business in need of modernization.

Insect farming, he says, is comparable to where corn farming was a century ago, before the development of hybrids and genetically modified varieties, better fertilizers and modern farm equipment. Between 1860 and 1940, corn yields stagnated at roughly 20 to 30 bushels per acre; since then, with the advent of new farming methods, the average yield has increased to just under 175 bushels per acre.

Cricket-raising has a similar upside potential because so little research has been done, says Imrie-Situnayake. Thailand is one of the few countries in the world with a thriving insect farming sector—packages of frozen crickets are sold in Bangkok supermarkets—but the industry depends on cheap labor and has yet to modernize.

“There are so many unanswered questions,” says Imrie-Situnayake. “We’re trying to focus on the ones that have the biggest impact.” For example, most crickets are now raised on chicken feed, not because it has been optimized for the insects but because it is widely available. Crickets also need lots of food and water, but they are fed by hand; automation would save money and allow farmers to scale up.

A technology-driven template for insect farming

Until recently, Tiny Farms operated as a consulting company, designing and building farms for newcomers and working with existing growers, notably Big Cricket Farms, which opened in Youngstown, Ohio, in April 2014 and expects to produce about 16 tons of crickets per year in its 5,000-square-foot facility.

Today, though, Tiny Farms is developing its core technologies into a template for the modern insect farm, which it hopes to use to attract new farmers and connect them to the demand side. The idea is to optimize such inputs as feed and water by using “precision agriculture” techniques that are just now being adopted by corn and soy farmers, and to connect farmers to local and regional suppliers. Because insects require very little space, they can easily be grown close to customers.

“As time has gone on, we realized that what we really do—what our role is in this industry—is to reduce the barriers to entry for new farmers,” Imrie-Situnayake says. “We had a number crunching and data background, so we could quantify how this new agricultural system was going to work.”

Meantime, the Tiny Farms crew has built an open-source platform, called Open Bug Farm, to stimulate interaction among scientists, farmers and hobbyists. It includes guides to a variety of species, pricing data, equipment reviews and information about regulatory issues. The open forum is aimed mostly at hobbyists and people raising bugs for their own consumption, but some of these enthusiasts could eventually feed their supply into a commercial network, says Imrie-Situnayake.

Much, however, will depend on the success of the edible insect startups now jockeying for attention. Brooklyn-based Exo and Salt Lake City-based Chapul make energy bars. San Francisco-based Bitty makes cookies and sells cricket flour. Cambridge, Mass.-based Six Foods will soon sell “chirps,” an alternative to chips made from beans, rice and cricket flour. But none of these products yet comes at feed-the-world prices: A 6-ounce bag of Bitty chocolate chip cookies, for example, sells for $10.

Nevertheless, all of these companies—and Tiny Farms—say they are about a lot more than cookies and chips.

“If you speak to anyone in the industry,” Imrie-Situnayake says, “you’ll probably hear the same thing—which is that what we are doing now is completely motivated by the goal of bringing on a new source of protein that can help reduce the impact we have on the planet, and increase the amount of food we are able to produce with the resources we have.”