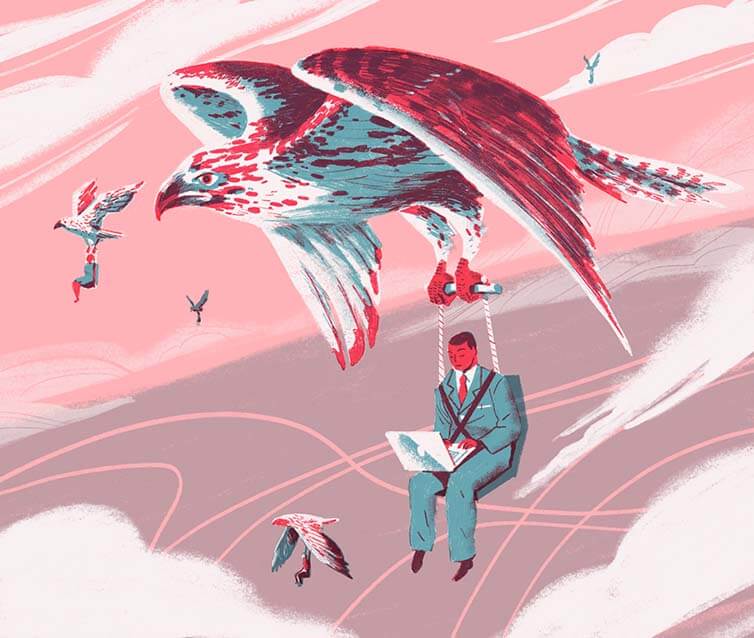 When Québec’s financial services giant Desjardins decided to adopt a sustainability plan earlier in this decade, company officials began looking at a range of strategies, including programs to encourage the firm’s far-flung employees to get to work by means other than a private automobile with a single passenger.

It was an ambitious undertaking as Desjardins has hundreds of branches, head offices in both Montréal and Levis, outside Québec City, as well as satellites in Toronto and Mississauga, Ontario. Some locations are way off the transit grid while others are easily accessible. In a firm with 45,000 employees, the task demanded multiple solutions.

After carefully surveying employees to look for potential opportunities, Desjardins rolled out a range of initiatives, according to Yves Normandin and Pascal Laliberté, who lead the sustainable development unit.

Among the initiatives that have been introduced are discounts on subscriptions for local Bixi and Communauto, a Québec car-sharing service, and a 20 per cent subsidy for employees who buy passes for the subway, bus and commuter rail networks. The company has also built shower and locker facilities at its office locations and installed secure bike parking areas. There’s a car-pooling program, with convenient parking spaces reserved for these vehicles. Employees who use the program to get to work can take out a shared car if they have off-site appointments during the workday.

Lastly, the company has arranged for shuttle buses to run between its Montréal and Québec City head offices, a service used by 800 employees each year. Those buses have WiFi and tables so travellers can work en route. “It’s always full,” says Laliberté. “It’s easier for employees who have to make the trip between the two head offices.”

Normandin and Laliberté freely acknowledge that the cost of their multi-pronged program is about $1 million – not a trivial sum, but one with impact, given that almost 8,400 Desjardins employees now use these commuting alternatives. That figure, which is more than a third higher than in 2015, represents about half the total number of employees who are in a position to take advantage of these benefits.

Interestingly, what may seem like a well-intentioned corporate social responsibility expense is actually a bottom-line win. The investment allows Desjardins to reduce the amount it pays for carbon offset credits. But even more importantly, the reduction in driving has meant that the company was able to defer the construction of a multi-million-dollar planned expansion of a parking facility outside its Levis head office. By comparison, the $1 million commuting plan is “a no brainer,” says Normandin.

With Canadians and their governments looking for new ways to meet long-term emissions reduction targets, it’s hardly surprising that transportation, which remains one of the largest emitters, continues to bedevil policymakers. Demand-side measures that are widely in use in Europe, such as road tolls, congestion charges and high gas taxes, have little purchase here. Transit is a solution for a small portion of the urban population, but it remains an alternative that many people, including those who live in sprawling urban regions, can’t really use.

But, as Lorenzo Mele, a healthy design advisor for Peel Region Public Health and a director of the Canadian Urban Transit Association, points out, the vast majority of vehicle trips involve journeys between home and work. When employers and governments can figure out how to provide convenient and sustainable alternatives, the possibility of significant improvements begins to come into focus, says Mele. “From a transportation planning perspective, the commuter trip is vital.”

Beginning in the early 2000s, some municipalities and transit agencies started offering employees discounted passes as an incentive to shift away from car use. The Toronto Transit Commission, for example, launched a corporate discount program in 2003, and it grew rapidly for several years, peaking in 2010, with about a quarter of all Metropass sales. That proportion, however, has dropped somewhat since then, levelling out at about 20 per cent (or almost 490,000 passes per year). The user base remains narrow – fewer than a hundred companies in a city of 2.8 million.

In regions not well served by transit, a growing number of organizations – many but not all of them public sector agencies – have promoted the development of car and van pool services that increasingly benefit from savvy internal marketing, local champions and mapping software. Metrolinx, Ontario’s regional transit planning agency, oversees a network of local transportation management associations which link employers to a range of tools that enable car and van pools.

According to Doug Spooner, manager for mobility management at Metrolinx, about 700,000 commuters, representing approximately one fifth of the labour force of Greater Toronto and Hamilton, now use some form of pooling. A recent survey showed a 14 per cent year-over-year reduction in the number of employees travelling to work alone in a privately owned vehicle.

The benefits and trade-offs are self-evident: lower vehicle costs and less commuting-related stress. But as transportation demand planners have come to understand, there are some key triggers that will prompt behavioural changes.

Parking charges, says Mele, are crucial. When the City of Mississauga hiked parking fees for municipal employees, more people began to think about pooling. But another key piece of the equation was assuring employees that they’d have access to on-site car-sharing if they needed to travel during a workday.

For some commuters, the availability of emergency wheels is the game-changer. At Desjardins, Normandin says his team’s surveys revealed couples who were both driving to the same work place. Asked why, these individuals would say they had small children and needed the ability to leave in a hurry if one of them had to pick up a child. Desjardins offered up a solution: the company will pay cab fare for one parent if the other has to race off to attend to a sudden family-related incident that demands attention. The chits “don’t cost a lot,” Laliberté says, but gave those couples the peace of mind to leave one vehicle at home.

Successful pooling programs, however, turn on energetic champions, Spooner points out – often a sustainability manager or someone involved with a company’s fleets.

Caroline Karvonen fills that role at Alectra, a large electrical utility formed from the consolidation of Enersource, Horizon Utilities, PowerStream and Hydro One Brampton Networks in south-central Ontario. The merged company has locations in several cities, with many employees shifting between offices since the merger. Armed with digital tools created by Smart Commute that allow employees to determine if they’re living close to one another, Karvonen has recruited 55 car poolers in 24 cars.

She’s also set up a pair of shuttle vans that make the hour-long highway trip between Alectra’s offices in Vaughan and Barrie. Participants, who typically work the same shift, gather in the morning at the company’s Barrie location, with one driving the van south to the Vaughan office. Other utilities with fleets are trialing similar programs. As with Desjardins, the cost of emergency rides home are covered. Despite such fall-backs, the sales pitch can still be a challenge, Karvonen concedes. “We’re telling people to try it once a week and see how it goes.”

Spooner points out that the combination of chronically heavy traffic and high-occupancy vehicle lanes have generated interest, and in fact provide his team with targeted regions to focus their marketing of such programs.

Yet Mele believes that regional and provincial governments in Canada can push the alternative transportation file to a new level if they are willing to consider measures such as variable time-of-day pricing on transit fares or regulations that allow mini-bus shuttle services to operate alongside transit agencies. In San Francisco, a start-up called Chariot emerged in 2016, offering just such a service. As with Uber, employers can retain Chariot, with passengers using an app that aggregates rides in real time. The company, now owned by Ford, has expanded to several cities in the U.S., as well as London.

“That should be part of the mix,” says Mele. Such services, however, are not presently permitted, and municipal authorities blocked a short-lived attempt by a pair of entrepreneurs to offer shuttle-bus service in Toronto’s dense but isolated Liberty Village.

In the meantime, forward-thinking firms like Desjardins will continue to expand the reach of their own programs through a combination of clever internal marketing and the development of programs tailored to the kind of health- and sustainability-minded employees who are best positioned to make the switch away from single-passenger vehicles.

As Laliberté says, “If you have good studies, good measures and a good communication plan, you can make it work.”