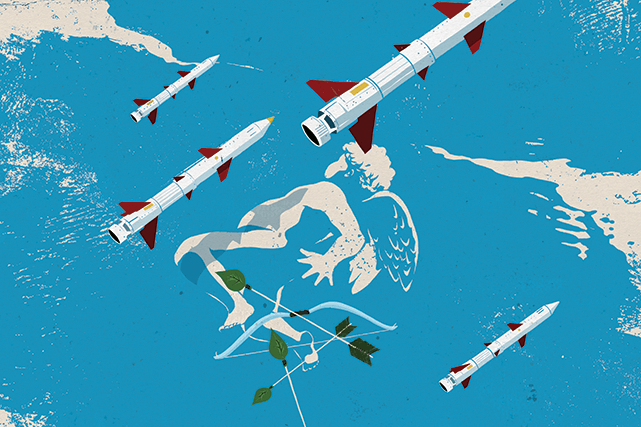 Can you hear it? That screeching sound of environmentalists being torn apart? In my world, it’s ear-splitting. As green initiatives flounder, as concerns about climate change and the state of the planet slide down the list of public priorities, environmentalists are being blamed. Is this fair? Have we failed?

After the collapse of the climate talks in Copenhagen in 2009, governments began quietly to shuffle away from their green commitments. In Canada, you won’t have noticed much difference, as the Harper government was fiercely opposed to environmental restraints long before Copenhagen. The same can be said for the United States. But in the United Kingdom, the green consensus to which all the major parties have subscribed has started to fragment. Our government is now gutting the English town planning system, which is the envy of nations blighted by urban sprawl. Even as it starves essential services of money, it’s launching a new road-building program.

Senior ministers hint that they want to drop the U.K.’s carbon targets. They talk of using shale gas as a “bridge” to a low-carbon economy, which is like using chocolate fudge cake as a bridge to a low-calorie diet.

Is this because environmentalists have messed up? Have we alienated the public? Have we supported the wrong policies, promoted the wrong causes?

Plenty of people say so. One of our most prominent critics is the venture capitalist Vinod Khosla. In an interview with The Economist earlier this year, Khosla maintained that we “get in the way with silly stuff like asking people to walk more, drive less.… Environmentalists use artificial rates of return, buried assumptions and ‘what if’ assumptions about behaviour changes. It’s useless crap.” Instead, he suggests, only new, “black swan” technologies will deliver us from disaster.

There is truth in some of this. We have tended to overestimate both people’s willingness to change the way they live and the effectiveness of these changes when they do occur. We have been better at explaining what we don’t want than at explaining what we do want. We have engaged in magical thinking, particularly about energy technologies. We’ve supported useless projects we like the look of (solar power at high latitudes, for example), while rejecting useful sources (such as atomic energy) on unscientific grounds.

But in other respects it seems to me that we are being blamed for circumstances over which we have no control. One of them, of course, is the financial crisis, and the way in which it has blotted other issues out of public consciousness. Another is the power of the counter-movement. A paper published in the journal Environmental Politics in 2008 notes that “U.S. environmental organizations have continued to grow in both memberships and revenues.… Nonetheless, U.S. commitments to domestic and international environmental protection have declined.”

What has happened, it says, is that from the early 1990s, conservative movements directed their fire at environmentalism. Their backers, interests such as Exxon- Mobil and the Koch brothers, “launched a full-scale counter-movement in response to the perceived success of the environmental movement and its supporters.” This, the paper says, “has been central to the reversal of U.S. support for environmental protection, both domestically and internationally.”

Even in favourable political circumstances, many of the goals of environmentalism are inherently difficult to achieve. The truth few people wish to acknowledge is that environmental aims run counter to the primary goal of governments and business, which is to enhance economic growth. However many black swans take flight, more economic activity is likely to exert greater pressure on planetary systems. Yet achieving a steady-state economy of the kind proposed by the thinkers Herman Daly and Tim Jackson is a goal shared by no one outside the environmental movement, even though it could spare us from the catastrophic ebb and flow of the growth-based system.

Those who criticize us on the grounds of irrationality are just as prone to it themselves. For example, to use his blunt terms, there are plenty of buried assumptions and useless crap in Vinod Khosla’s prescriptions. Six of the projects Khosla Ventures is currently funding attempt to turn biological material into fuels and feedstocks of different kinds. But where will the materials come from? The world’s entire stock of biomass has now been pledged to half a dozen different suitors: it will, various enterprises promise, become the primary source of our heating fuel, electricity, road transport fuel, aviation fuel, chemical feedstock and biochar for soil fertility. The plantations required to meet a significant proportion of global demand in any one of these sectors would set up a disastrous conflict with both food security and the protection of ecosystems.

Both greens and venture capitalists need to recognize that miracle solutions to the environmental crisis are likely to be as disappointing as miracle cures, miracle crops and miracle financial instruments. The constraints imposed by the laws of economics, biology and thermodynamics mean that our choices are more limited than we often choose to believe. This is why, for example, we can no longer fudge the question of nuclear power. Abandoning it when we have no clear idea of what we will put in its place, and when lowcarbon sources of energy are scarce enough already, amounts to a guarantee that we will increase our use of fossil fuel, as Germany is now discovering.

The way the greens have explained the environmental crisis and the solutions they’ve favoured may be part of the problem, but it is a minor part. Compared to the people we confront—the fossil fuel and other primary industries, their lobby groups and counter-movements, a political class reliant on industrial funding, a business class just as prone to magical thinking as we are, a population which tends to put immediate self-interest above long-term concerns—we are a small force and a weak one.

We have a duty to base our campaigns on the best available information, and explain them to the public as clearly and persuasively as possible. But even if our analysis and prescriptions were flawless, we’d still be struggling.