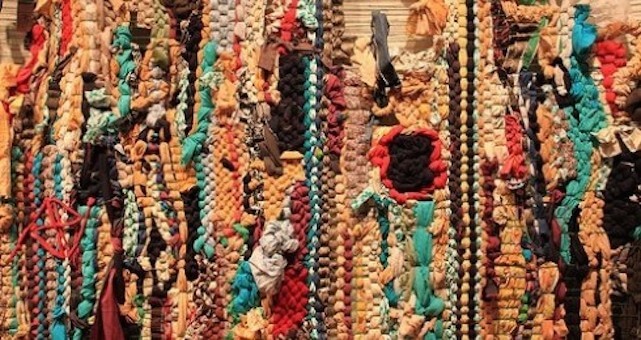 “If you’re a company with $1 billion in profit and give away $1 million, it doesn’t matter. What I’m more interested in is the impact – what gets done with that money.”

This was Steve Croth’s answer when asked what percentage of a company’s profits should go to corporate social responsibility (CSR).

Croth is General Manager of Better the World, an organization that develops CSR initiatives to engage stakeholders and one of several social enterprises to attend the 2011 In Good Company conference in Toronto.

Exploding into the mainstream as a business imperative in the early-2000s, CSR initiatives that translate into positive results on the ground and financially are still sought by many companies. The conference, put on by Orenda Connections, allowed practitioners from civil society and the private sector to share knowledge and experience on how to get the most – both socially and economically – from their community investment initiatives.

With stakeholders no longer satisfied with one-off charitable events, there seems to be a palpable shift among practitioners towards CSR projects that achieve economic and social returns while conveying genuineness. When initiatives match these criteria, the results are optimal for the company and the community. Such was the case with Edelman, a leading public relations firm, and The Little Give initiative, where Toronto staff helped two local non-profits (KUPE Arts Society and Sketch) over a 48-hour period in 2010.

Sketch provides creative services to 15 to 29 year olds who self-identify as living in poverty. The organization’s work has enabled participants to address personal issues and, in one case, even helped a local woman launch a hemp clothing business in Toronto’s Kensington Market.

“Most people do art in their ‘leisure time.’ If you’re street involved, that kind of leisure is hard to come by. Most of your time and energy is aimed towards food and finding a place to live,” according to Dale Roy, Sketch’s Marketing and Communications Associate.

Edelman helped Sketch by developing a new website and teaching its community how to use the site’s administrative functions to manage its business activities and communications.

Lisa Kimmel, General Manager at Edelman’s Toronto office, said that in an employee satisfaction survey after the campaign, 82 per cent of staff were interested in working for companies who support causes that are important to them.

This suggests that companies can retain talent by participating in initiatives that contribute to the community in a concrete fashion. The finding provides added motivation for companies to engage in CSR initiatives that are genuine and achieve lasting impacts on the ground.

Other firms focus resources towards addressing social or environmental issues over an ongoing period of time. Canadian Tire Jumpstart Charities President Dan Thompson emphasized the importance for companies to establish a “social territory” in the CSR space and to be “laser-focused” on it. Jumpstart provides organized and recreational sports opportunities to disadvantaged youth in Canada. He added how such a focus can create brand as well as shareholder value for organizations.

There is evidence of Jumpstart’s brand awareness helping Canadian Tire’s bottom line. “Our cause proposition is getting so strong that when consumers see a hangtag and that a percentage of proceeds is going to the charity, they buy more,” says Thompson.

He pointed out a case where a bicycle with a Jumpstart hangtag sold 38 per cent more than the previous year when it didn’t have any charity association. “Consumers won’t pay any more, but all things being equal they will buy your product. So, you will sell more volume,” Thompson added.

Fifth Town Artisan Cheese Co., a goat, sheep and cow milk dairy in Ontario’s Prince Edward County, stood out at the event as a social enterprise that is trying to lead by example in its mission and operations. It has the twin goals of demonstrating an example of sustainable prosperity through small-scale farming and employing people from all walks of life.

Its General Manager, Petra Cooper, wants to change the way Canadians think about food, framing it as a “cultural product.” She points out how Canada has historically not thought of itself as having a food culture and the potential for its promotion to attract tourism and foster a sense of heritage. “I think Canada loses an opportunity to market itself as a food destination by not cultivating those small enterprises,”she said.

“Just like the Ministry of Heritage and Culture has grant programs for filmmakers to explore topics that don’t get funded from the commercial public, the same could be said of food and ways to encourage chefs and growers and reintroducing heritage wheats and beans that are Canadian,” said Cooper.

“Small-scale dairy is important to provide consumers with choice. It’s an important segment to revive like vegetable organics has done for vegetables,” said Cooper. Foregoing a status quo operation today might mean smaller cash flows for a social enterprise now, but might lead to creating a more vibrant sector in the long-term.

While commitment from organizations is important for making the most impact on the ground, buy-in from CEOs and CFOs is crucial for their success.

A community investment project backed by a corporation can have less risk associated with it, as the company can absorb the loss, if unsuccessful. A social enterprise takes on greater risk as it is addressing a fundamental problem and enables its operators to advocate for a solution. In Fifth Town’s case, this not only means producing cheese but also creating public awareness of the poor quality of industrial food and instilling a cultural pride in Canadian food.

While to traditionally-minded managers it might seem that a corporation is straying from its core competencies by focusing on a social issue, the truth is, it’s an opportunity to gain new expertise and build a brand by achieving real impacts on the ground.

For more information on organizations mentioned in the above article, please visit:

Edelman “The Little Give initiative”: http://thelittlegive.ca/2011/