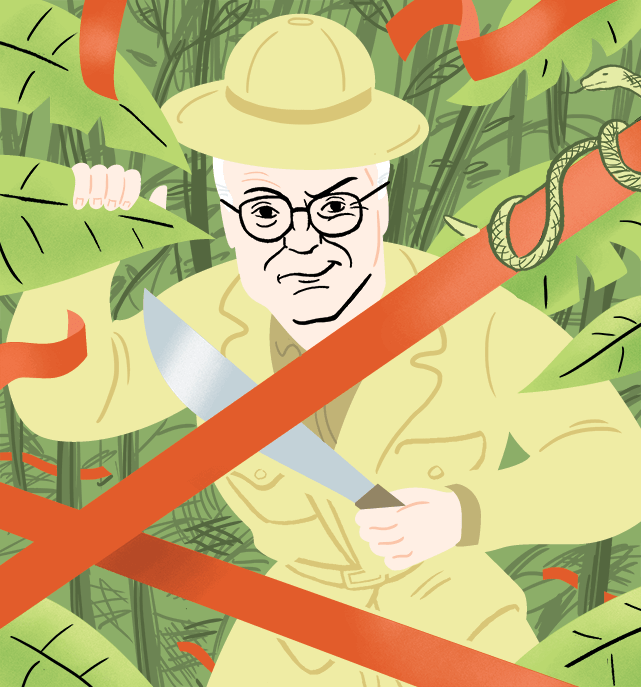 Most people would not identify the 46th Vice-President of the United States as a pioneer of green energy. Ironically, thanks to a little-reported clause in Dick Cheney’s Energy Task Force that led to the Energy Policy Act of 2005, this might be just the case.

While it is certainly true that Cheney’s trademark domestic legislation legacy is marinated in oil, he also deserves credit for his clear-minded diagnosis of the biggest barrier to bringing more energy security to the United States: an interconnected national energy grid.

Inadvertently, this hard-headed solution, meant originally to empower his dirty-energy allies, may turn out to be the key catalyst for an American green energy grid in the 21st century. There is a widespread consensus among green energy advocates — from former U.S. vice-president Al Gore to NASA scientist James Hansen — that the main thing holding back a rapid transition to abundant low-carbon electricity and, by extension, low-carbon electrified transport, is the inability to get energy from where it blows (up from Texas through the Dakotas) and shines (the deserts of the Southwest) to where people live and drive.

The Cheney-led task force identified the “antiquated and inadequate transmission grid” as a key inhibitor to getting more reliable, secure and affordable electricity to the markets that need it most. They traced the root cause back to an outdated federal law from 1935. This law assigned responsibility for siting transmission lines to states rather than the federal government. This was in stark contrast to the siting of other interstate facilities, such as natural gas pipelines, oil pipelines, railroads and interstate highways.

The reason siting matters so much is that in today’s climate of NIMBYism (“not in my backyard”), it would be impossible to build the kind of $400-billion unified national smart grid that Gore called for in a New York Times editorial in 2008. There are too many different local actors who could effectively veto such an effort.

The solution to modernizing the balkanized U.S. electricity grid is simple, but highly controversial: trump state rights by giving the federal government the power to override local and state opposition to strategic power-grid corridors that are clearly in the national interest.

Never one to be accused of bashfulness, Cheney tackled the solution head on with the Energy Policy Act of 2005 in the form of a provision for “National Interest Electric Transmission Corridors.” The provision allows the federal government to override states in cases where interstate transmission facilities are held up for more than a year.

It remains to be seen how this provision will be built upon. Should it inadvertently open the way for a national electricity highway that unleashes America’s green energy potential, Cheney may, unintentionally, go down as one of the great green vice-presidents. This would place him in a similar category to a previous Republican, Ronald Reagan, who helped accelerate the demise of the Soviet Union and its subsequent economic collapse, causing annual greenhouse gas emissions to plunge by over a billion metric tons per year. This did more to pull back the throttle on climate change than any act to date.

Unlike Reagan’s green contribution, which was in response to an economic implosion, the happy green outcome in Cheney’s case could lead to an economic renaissance.