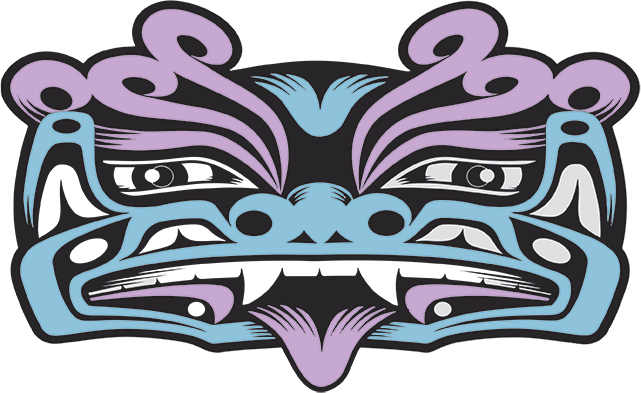 On an 800-hectare stretch of tribal land in southern Nevada, construction of a large-scale solar project is underway that will not only help power the City of Lights, but also shine a spotlight on how indigenous communities are reshaping the future of renewable energy.

The 250-megawatt Moapa Solar Project, located on the Moapa River Indian Reservation about 50 kilometres northeast of Las Vegas, is touted as the first large-scale solar project approved on tribal land in North America. The Moapa Band of Paiutes is leasing the land to solar module maker First Solar, which will design and build the project.

The electricity the solar power plant produces will be sold to the Los Angeles Department of Water and Power as part of a 25-year purchase agreement. When done, it will generate enough clean energy to power about 100,000 average homes. First Solar, which took over the project from independent power producer K Road Power last fall, says that’s the equivalent of taking more than 34,000 cars off the road and displacing more than 142,000 metric tons of water consumption each year.

For the Moapa Band, this is just the start. It is now working on getting regulatory approval for another 200-megawatt solar project with support from RES Americas. It also recently launched the joint venture Moapa Energy to oversee development of 1.5 gigawatts of renewable energy projects on its 28,000-hectare reservation.

It’s a sign of the times. More indigenous communities across North America see clean energy projects as attractive – not only for the economic benefits, but also because they align with traditional values of protecting the environment and sustainable development. “Generating clean, emission-free solar power on our reservation has long been a goal of the Moapa people, and is true to our heritage of environmental consciousness, respect for the Earth and reverence of our sacred lands,” Moapa Band vice-chair Eric Lee said after announcing the creation of Moapa Energy last fall.

In many ways, wind, solar and other renewable projects are solutions to problems that for decades have plagued indigenous peoples, from their heavy local reliance on diesel fuel to large pollution-spewing power stations built on tribal lands. The Moapa Band’s strong backing of clean energy projects has been matched by equally forceful protests against the expansion of coalmines and oil and gas pipelines. For years, the band has fought against the operation of a nearby coal-fired power plant, which it claims has caused widespread health and environmental problems for its people. Such fights are empowering indigenous communities, bringing them closer together, and ensuring clean energy projects get off the ground.

“It’s an amazing transformation that’s happened in the last few decades,” says Jean-Paul Gladu, president and chief executive officer of the Canadian Council for Aboriginal Business. “Government and industry are approaching communities to participate in the business … and communities are coming together like we’ve never seen before and trying to find a way to not only work with government and industry, but also to work with each other.”

And since the projects are long term, usually 20-plus years, they provide much needed, long-term economic benefits and new business opportunities for indigenous communities. “Communities are building business savvy around these projects,” Gladu adds. “They are learning to build business. They are learning to negotiate better.”

Still, for many corporations, pursuing these projects can be a challenge. Striking deals takes time, patience and both an understanding and appreciation of the different ways of doing business in these communities. Successful negotiations require striking the right balance between the needs of the community, respect for their traditional values and economic development. And, as with any development project, there is often opposition that must be addressed by the companies and the community leaders themselves.

SkyPower, a large solar energy developer in Canada, spent years working with the Fort William First Nation near Thunder Bay, Ontario, to build a 10-megawatt solar project on a stretch of industrial land.

The Fort William First Nation Solar Park is the first large-scale solar project to be developed on a reserve in Canada, and includes about 45,000 solar panels across 40 hectares of land. Kerry Adler, president and CEO of SkyPower, describes the process of securing the agreement as “planting seeds” that need constant nurturing. “Most people view it as a challenge working with First Nation or other community groups, but we find it enlightening,” says Adler. “We embrace it because, quite frankly, this is their land.”

For the community, the solar project was an opportunity to generate revenue and support green energy initiatives at the same time, which is also the case for wind and hydroelectric projects in the works. “We are the guardians of the land … and green energy provides us the opportunity to go back to those traditional values,” says Wally Bannon, director of economic development for Fort William First Nation, an Ojibway community.

In exchange for use of the land, the community receives annual payments in the “low six figures,” Bannon says. This includes money from leasing out the land and a separate profit-sharing payment. These funds are used to pay municipal taxes on the industrial land, as well as for programs and services within the community. Bannon says some money goes toward a bursary for post-secondary students seeking to further their education.

Some indigenous communities, however, are no longer content being passive participants in such projects – that is, offering up land in exchange for just lease payments and jobs. Moapa Energy, for example, will be majority-owned by the Moapa Band. In Ontario, the Six Nations of the Grand River has taken a 10 per cent stake in Samsung Renewable Energy’s Grand Renewable Energy Park, a large wind and solar project southwest of Toronto.

While there was no requirement to provide an equity stake, “it was something we wanted to do,” says Samsung Renewable Energy spokesperson Tim Smitheman. It’s also the kind of partnership Samsung is open to doing again in the future. “It’s worked quite well in terms of getting both government and community support,” he says. Getting community buy-in is especially beneficial for companies looking to build projects in other First Nation communities. “If you can show that you are willing to work with local communities and First Nation groups, it shows that you are a responsible developer,” Smitheman adds.

Many projects are also being developed with the help of government dollars, either through direct investments or tax breaks. The Moapa Solar Project, for example, receives assistance from the U.S. Department of Energy’s Tribal Energy Program. The program has invested $42 million in 175 clean energy projects since 2002.

According to the U.S. government, about 2 per cent of the country’s land base is American Indian land, but those same lands hold about 5 per cent of all U.S. renewable energy resources.

Similar investments are being made in Canada. In British Columbia, for instance, the First Nations Clean Energy Business Fund (FNCEBF) offers money to help communities build clean energy infrastructure. The B.C. government says it has invested more than $5.1 million to support clean energy projects in more than 80 aboriginal communities across the province.

It’s because clean energy is a relatively new industry that more aboriginal communities are able to get involved and compete for projects from the start, says Judith Sayers, National Aboriginal Economic Development Chair at the University of Victoria.

Communities are enticed by the economic benefits, but also a desire to help change the overall energy landscape, moving away from reliance on fossil fuels. That’s even though many communities don’t directly benefit from the produced energy.