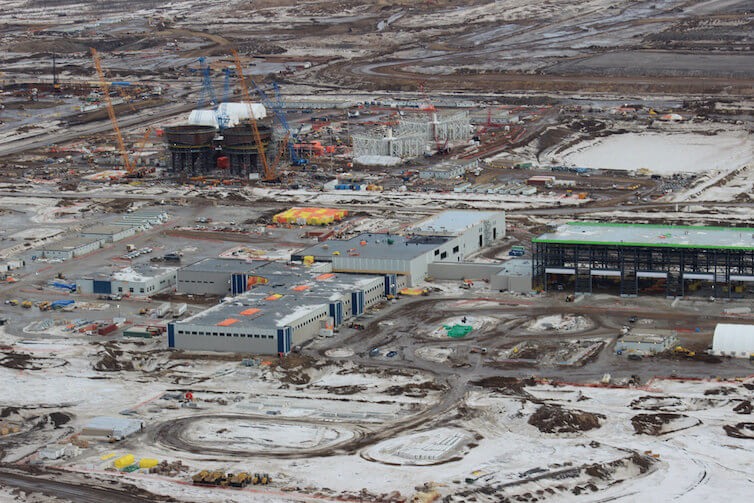 With additional reporting by Toby A. A. Heaps

Over nearly a decade and a half of writing a weekly column and several books under the Ecoholic banner, I ranked endless streams of products from worst to best in terms of planetary impact, from beer companies to banks, footwear to ethical funds. Many weeks, judging the environmental and social costs of, say, a bar of soap was often tough. Evaluating the sustainability of an entire publicly-traded multi-billion-dollar corporation is, well, a whole different ball game.

Corporate Knights magazine (which I’ve just joined as managing online editor) has a crack team of researchers and data scientists that have developed a complex methodology for doing just that. Roughly 7,500 publicly-traded corporations with revenues of over a billion a year are ranked against their peers for carbon/water/energy/waste productivity, VOC and other emissions, supply chain sustainability scores, clean revenue, as well a bunch of social and governance indicators like percentage of taxes paid, how many women are in leadership positions and the ratio of CEO-to- average-worker pay. Nearly every year, more criteria are added, old ones are tweaked and screens are beefed up (including adding animal welfare) to more accurately assess the world’s corporate sustainability champs.

As part of a 14-year running experiment since the Global 100’s founding in 2005, the ranking also exists as an index (ticker: CKG100), whose financial performance is measured against its comparator stock market index, the MSCI All Country World Index. This brings in real-time data to test Corporate Knights’ hypothesis that companies that do better for the world can also do well by shareholders (in case you were wondering, the Global 100 is ahead 127% to 118% on net investment returns).

A few sub-sectors are excluded from the get-go (weapons, tobacco and thermal coal among them), but overall the ranking is sector agnostic. That means there are companies on the list that are bound to raise some eyebrows. There’s no denying that big oil, big pharma and big banks aren’t everyone’s vision of sustainability superstars.

Many people are still smarting at the big U.S. banks, which seemed to get off scot-free after their role in causing the great financial crisis in 2008. Bank of America, for instance, was listed at #2 on a list of America’s most hated banks, according to the number of customer complaints. Nevertheless, the same bank placed 63 on the Global 100 because it’s providing billions of dollars of financing for the low-carbon economy, it offers a solid pension plan for its workers and has relatively impressive gender diversity on its board, where a third of directors are women.

Most of the biopharmaceutical companies on the list this year turned up because they’re more transparent than their 376 peers in disclosing the percentage of their designated priority drugs that are priced equitably. That doesn’t, however, mean all their drugs are affordable. Three of the pharmaceutical manufacturers on this year’s Global 100 list –Novo Nordisk (#58), Eli Lilly (#46) and Sanofi (#20)– are, according to the L.A. times, currently facing “several state investigations and a lawsuit that accuses them of conspiring to drive up insulin prices” to the point that some diabetics are reportedly quite dangerously rationing them. All three companies have denied the charge of price fixing.

By far the most polarizing companies on the list are those connected to the oil and gas sector.

Corporate Knights has come under increasing pressure over the years to exclude oil and gas companies from the Global 100. Just last week, Seb Beloe, a partner with WHEB Asset Management, tweeted that “in a world hurtling towards >2º of warming, no oil and gas companies should be described as the ‘world’s most sustainable.’”

So why does Corporate Knights include them? It’s a fair question. At this point, CK’s Global 100 does exclude oil and gas companies that have abysmal anti-climate lobbying records based on research by Influence Map (that means no ExxonMobil, Chevron or Phillips 66). It also screens out those significantly invested in repressive regimes (like Marathon Oil in Equatorial Guinea), as well as those slammed with heavy corporate fines and penalties (BP). And CK now combines its Global 100 sector slots for Utilities and Energy companies, which has had the effect of squeezing out most energy companies in favour of generally higher-scoring utilities.

Corporate Knights’ research has actually helped to underpin the economic case for fossil fuel divestment in Ireland and elsewhere. But like much of the responsible investment community, the Global 100 maintains a best-in-sector lens. This year, Suncor and Total topped the integrated oil and gas sector largely because they earn roughly one per cent of their revenue from cleaner sources (think wind farms and biofuels). It doesn’t sound like a big number, but it’s enough to beat out peers like BP and Shell. Total has committed to ramping up its renewables business as have other oil majors, so the bar for leadership should be considerably higher than one per cent in the future.

In the mining sector, Teck was the top-ranked company in the world this year partly because of  its carbon productivity scores and pension plan quality, though most of its points came from its growing mix of metals that are essential to the low-carbon economy. Copper (critical in electric cars) and zinc now account for half the company’s revenues.

But in a world where the International Panel on Climate Change has recently ratcheted up its calls for drastic carbon emission cuts over the next 12 years and the financial outlook for oil is increasingly uncertain, large oil sands projects like the one being proposed by Teck Resources do raise more questions with regulators, economists and rankers alike. While Teck Resources says that emissions from its first solo venture into oil (the proposed 260,000 barrel per day Frontier mine) would be “best-in-class,” Environment and Climate Change Canada has countered that the project’s emissions would be “approximately 25 per cent higher than Alberta’s best-in-class facility.”

The ultimate answer will undoubtedly affect future rankings. Andrew Grant, a senior analyst with Carbon Tracker (the outfit that helped to convince the Bank of England of the gravity of the energy transition and stranded assets risks), shared his reservations with Corporate Knights, “If the world is successful in limiting global warming to less than 2ºC, or indeed anywhere near, sanctioning this project seems likely to hurt investors as well as the environment.”

Will oil- and gas-involved firms take a page out of the Neste and Ørsted playbook and make a deeper shift towards the low carbon economy and clean energy? Corporate Knights’ upcoming Global Corporate Green Investment report points out that “leaders who hail from the oil and gas sector, such as Ørsted A/S and Neste Oyj, with clean revenue percentages of 58% and 25% respectively, have demonstrated that diversifying beyond fossil fuels is possible and profitable.”

They’re not just profitable, they’re knocking it out of the park. Since the public listing of DONG Energy (now Ørsted) in June of 2016 to January 24, 2019, the two fossil fuel companies that have made the biggest bets on going green (Dong/ Ørsted and Neste) have also respectively returned nine and 15 times more green to investors than the typical oil and gas company.  “What’s even more impressive is that outperformance happened during a period of mildly rising oil prices,” says Corporate Knights CEO and editor-in-chief Toby Heaps, who hopes the Global 100 can “serve to inspire fossil fuel companies to reinvent themselves to serve a low carbon world.”

No doubt the debate over whether CK should remove oil and gas companies from the Global 100 will remain lively both outside and inside our offices. In the meantime, Corporate Knights will be watching closely to see how resource companies grapple with decisions that won’t only impact their future but the planet’s.