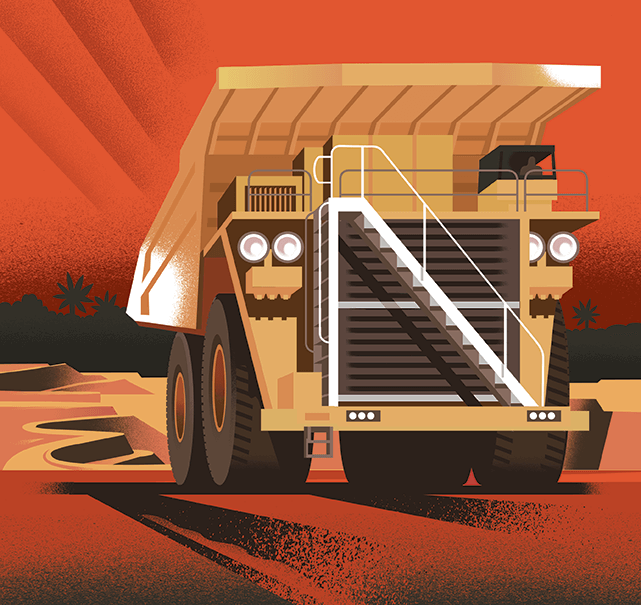 Cory Wanless sits at his desk in downtown Toronto, flipping through photo after photo of burning huts and maimed bodies. He points out where Adolfo Ich was hacked in the arm with a machete before being shot in the head, and where the home belonging to one of 11 women allegedly raped once stood in Lote Ocho, a small village in Guatemala.

Wanless, a lawyer at Klippensteins Barristers and Solicitors, is working on two cases that have implicated Canadian mining company HudBay Minerals Inc. and its subsidiary, HMI Nickel Inc., in serious human rights abuses in Guatemala. Both cases concern Guatemala’s CGN security forces, employed by HMI Nickel. In Choc v. HudBay, it’s alleged that security personnel shot and killed Adolfo Ich, a well-known Mayan Q’eqchi community organizer, in public and in broad daylight on September 27, 2009. His wife, Angelica Choc, has brought a wrongful death case forward against HudBay. In the other lawsuit, Caal v. HudBay, it’s alleged that CGN employees, the Guatemalan army and police took part in the gang rape of 11 Mayan Q’eqchi women during the forceful eviction of their homes in Lote Ocho. The women are suing HudBay for negligence.

In a statement from HudBay, John Vincic, vice-president of investor relations and corporate communications, said, “In both cases we believe the allegations to be groundless, and we are defending ourselves vigorously against them. …We continue to cooperate fully with Guatemalan authorities to ensure all the facts are uncovered.”

Both cases raise the significant dilemma of who should take responsibility for human rights violations when business-as-usual goes wrong.

“The bullet that killed Adolfo was shot in Guatemala, but the decisions that ultimately led to Adolfo’s death were made in Canada,” Murray Klippenstein has said.

So, is HudBay, the parent company, liable for actions taken by subsidiaries that it hires? And if not, who should be held accountable, and how?

The problem is not unique to Guatemala and the allegations against HudBay. Trouble has been reported at Canadian mines across the world, including infractions in Mexico, Tanzania, India and Papua New Guinea. Companies including Anvil Mining, Barrick Gold and Banro Corporation have allegedly been involved in human rights abuses at mines abroad.

“This is a global problem with a Canadian flavour,” says Wanless. “As a result, it becomes Canada’s responsibility to do something about it.”

But Canada isn’t doing much. For reasons entrenched in our judicial and political infrastructure, most of these cases will never be heard in Canadian courts. It remains relatively simple for Canadian companies to press responsibility on other parties, or to get the case thrown out of Canadian courts. It’s par for the course for many mining companies to argue that human rights lawsuits should be heard in the country where the infraction took place.

In some cases, this makes sense. But experts including Grahame Russell at Rights Action and Audrey Macklin, a professor of human rights law at the University of Toronto say this most often ensures justice will never be served. In developing countries where mining takes place, judicial systems and the legal and political realms are often not at all equipped to handle these cases. For example, similar cases in Tanzania, the Congo and Sudan have been tossed out of court on minor technicalities.

However, a recent case alleging environmental damage against oil giant Chevron was heard in an Ecuadorian court, where a local judge found the company guilty of damages to forestry and community health, and ordered it to pay an $8-billion fine. Chevron responded with outrage, and is seeking an injunction to block enforcement.

“So even when they’re sued there, they’ll stop at nothing,” says Macklin. “Ultimately, it’s not really about claiming where it’s appropriate. It’s all about avoiding legal accountability, anywhere.”

Since 2009, four foreign-plaintiff cases have been brought against mining companies before Canadian courts, and two of those are the lawsuits against HudBay. One of the cases was dismissed from Ontario courts; the other, surrounding Anvil Mining’s actions in the Congo, is still under review in Québec courts. Wanless says the cases against HudBay could prove to be a precedent if they’re tried in the Canadian judicial system.

“Either this case is heard in Canada, or it is not heard at all,” he says.

Canada and its mining companies are signatories to a worldwide framework known as the Voluntary Principles on Security and Human Rights. The international decree sets out to guide extractive companies working in developing countries on how to handle risk regarding human rights and the environment.

The principles generally fall into three categories: risk assessment, relations with public security, and relations with private security. The framework acknowledges security as a fundamental need, and urges respect of the Universal Declaration of Human Rights, as well as the need to mitigate potential conflict.

“The fact that they have a code like this is a tacit acknowledgement that they have an obligation and responsibility,” says Karyn Keenan, a program officer at the Halifax Initiative, a coalition of human rights, labour and development organizations. “Companies have a legal obligation with respect to the firms that they hire,” she adds. “If a mining company doesn’t undertake reasonable due diligence before hiring a security firm, they can be found liable for negligence.”

Vincic notes that HudBay follows the Voluntary Principles on Security and Human Rights, and says that corporate social responsibility has always been a priority for the company. About 66 community programs and initiatives are run through HudBay, he says, and the company also supports a not-for-profit foundation.

Russell says he’s weary of corporate responsibility initiatives like those that HudBay has in place.

“I think it can work in a national context within the borders of a country like Canada, but it cannot and will not work whatsoever in the international sphere unless it’s backed up by hard and binding law,” he says. Corporate social responsibility “is part of the problem in this case, because the companies and the Canadian government say they have standards in place, but everyone knows it’s self-regulated so there’s no enforceable regulation whatsoever.”

There is consensus from all sources in this article that government-backed legislation needs to be put in place before these human rights violations will stop entirely.

“If our government were serious about this, they could legislate to enable access to their courts for people who claim they have been harmed by the actions of a Canadian company abroad,” says Macklin, adding: “It’s very controversial.”

Wanless adds that government regulation creates a risk to business. “The creation of risk is a great way to regulate corporations,” he says.

The problem is, our government has already tried and failed to enact such legislation.

In 2009, Liberal MP John McKay introduced a private members bill, Bill C-300, to the House of Commons—the Act Respecting Corporate Accountability for the Activities of Mining, Oil or Gas Corporations in Developing Countries. The bill would have: regulated the relationship between Canadian government agencies and Canadian corporations working in developing countries; listed guidelines regarding human rights treatment in these countries; and set in place a complaints mechanism that would investigate complaints against a company.

Bill C-300 was written based on outcomes from the National Roundtables Process on Corporate Social Responsibility, which took place in 2007. In the end, Bill C-300 was narrowly defeated.

“None of the challenges were anticipated by me, I can tell you that,” says McKay. “The first challenge was the indifference of the Canadian public…. Canadians either don’t know or don’t care about what’s going on by their companies in third world countries.

“The second was resistance on the part of the mining industry…. There seemed to be a lot of buyers’ remorse on the part of the industry that signed on for the Roundtable. It was unseemly, the furious backpedalling that was going on. Their strategy was to denigrate the bill left, right and centre.”

The issue has even been addressed by those heavily involved in the legal system. In a 2008 speech to the Canadian Bar Association, Supreme Court of Canada justice Ian Binnie said that human rights enforcement mechanisms are lagging.

“My point simply is that you cannot have a functioning global economy with a dysfunctional global legal system: there has to be somewhere, somehow, that people who feel that their rights have been trampled on can attempt redress—and if the complaints turn out to be unfounded, so be it,” he said.

Education in post-secondary institutions, it turns out, is playing an important role in changing our current view of Canadian human rights abuses abroad. As more law and business schools integrate principles of environmental, social and governance criteria, a shift towards a more ethical approach to business-as-usual is hopefully on the horizon.

“The interest in the bill migrated from the development crowd to the law schools,” says McKay. “When the law schools begin to talk about it, you know it’s getting a bit more serious. Then it migrated to the business schools, and they’re starting to get serious about it because they’re going to have to apply this and take it into consideration.”

But it isn’t just about legal and business education, though those are the professions most affected by corporate social responsibility.

“There are also other actors involved that require education, like the geologists and engineers who receive a narrow, technical education,” says Keenan. “I’m not sure that those entering the industry are provided with the opportunity to think about those issues and understand how important they are.”

Once occupations involved in the extractives industry acknowledge the impact of their work on human rights, the courts will be better able to hold businesses accountable.

In a speech last December, Osgoode Hall Law School professor Craig Scott summed up the conflict between legal accountability and societal responsibility in Canadian law: “If a plaintiff cannot find justice in Canadian courts on these facts, then what hope is there— not only for future plaintiffs, but for us as a society that likes to tell itself that Canada is amongst the better angels in this world? If not now, when?”

It will probably be years before Angelica Choc and the 11 women of Lote Ocho fight for legal justice, anywhere. As Klippensteins prepares for initial hearings and appeals to get under way in late 2011, Wanless says the cases won’t see much action within the next four years. Nonetheless, the firm remains “cautiously optimistic” about what the lawsuits mean.

“If a Canadian court hears this case, that sends a signal to mining companies that if they screw up, they can find themselves in Canadian court. It could have a major impact in the way they think about business.”