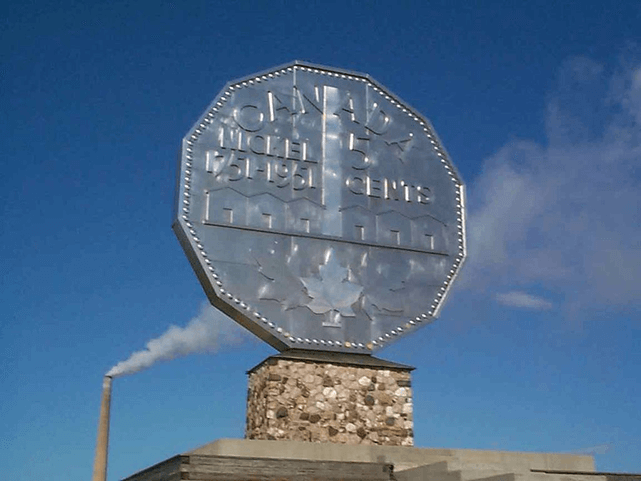 Vale Canada, a subsidiary of the giant Brazilian mining firm, broke ground in April on a $2-billion retrofit of its Copper Cliff nickel smelter in Sudbury. Its Clean AER project, on schedule to be completed in 2015, will rank as one of the largest environmental investments in the province’s history. After receiving an extension from Ontario’s Ministry of the Environment back in 2010, the company will be reducing its sulphur dioxide emissions by 70 per cent, placing the company one-third below the provincial emissions limits of 66 kilotonnes a year. It will also target dust and metal emissions, aiming to reduce those by 35 to 40 per cent.

“It is the right thing to do as a company and the right thing to do for our employees and the local community to ensure the long-term sustainability of our operations,” said John Pollesel, chief operating officer at Vale Canada. The announcement is part of a $10-billion investment in Canada over the next few years. The company unveiled it after a string of setbacks that included a 10-month labour strike in 2010 and an explosion last year at the smelter, which it acquired from Inco in 2006.

The City of Greater Sudbury, which is home to about 30 per cent of the world’s nickel supply, has been a symbol of Canadian industrial pollution for decades. In the 1970s, sulphur dioxide emissions from the Copper Cliff smelter, then owned by Inco, peaked at two million kilotonnes annually. Faced with the widespread loss of biodiversity and poor air quality, an iconic 380-metre superstack was built, dispersing most sulfuric acid outside of the city. As conditions improved in Sudbury, Inco teamed up with the municipality, along with other commercial interests, to begin a comprehensive rehabilitation effort.

Lime was mixed into polluted soil by hand and aircraft. Millions of trees were planted. This effort was so successful that in 1992, Sudbury was given the Local Government Honours Award by the United Nations for its rehabilitation efforts. This was followed by a $600-million clean air investment by Inco, which reduced smelter sulfur dioxide emissions by 90 per cent from 1970 levels. The Clean AER project will expand these environmental restoration efforts, while setting a standard for emissions compliance in Ontario that goes well beyond required levels.

Vancouver-based Northern Dynasty Minerals might want to take “broad public support” off its list of project strengths, as opposition continues to mount against its proposed Pebble mine in Southwest Alaska. The Pebble Partnership is composed of a 50-50 partnership with Anglo-American plc. The U.S. Geological Survey has described the area as the most substantial mineralized system in the world, one which would likely become the largest gold mine on the planet. The plan is to construct North America’s largest pit mine directly upslope from Iliamna Lake, home of the largest stock of sockeye salmon in the world. Locals are fearful that storing billions of tonnes of waste just upstream, along with power plants, port facilities and pipelines, would severely impact the $300-400 million local salmon industry by endangering the water supply, and ruin a way of life for rural Alaskans.

Opposition to the mine has culminated in a series of setbacks for the developers this past year. A local ballot initiative approved last October banned mining permits from being issued in the area. The Pacific Seafood Processors Association has come out against the mine, having previously never taken a position against any project. Fifty major jewellers from around the world, including Tiffany & Co., have pledged to refrain from buying Pebble gold. Tiffany’s CEO recently stated that “there are some special places where mining clearly does not represent the best long-term use of resources.” The Pebble mine development has become so controversial within Alaska that many pro-mining conservatives are split on the issue. Opponents have included Republican Senator Ted Stevens, who died tragically in a plane crash last year, and the late former Republican governor, Jay Hammond. Opposition has been funded largely by Bob Gillam, recently described by Alaska Magazine as a “reclusive conservative and arguably the richest man in Alaska.”

Instead of taking a conciliatory approach, the Pebble Partnership has decided to become more aggressive in its public relations campaign, attacking Gillam and other opponents of the mine as beholden to out-of-state special interests. The CEO of the Pebble Partnership, John Shively, recently spoke about mining at the Heritage Foundation, a conservative public policy think tank. The inflammatory speech was titled “USA: A Second World Country?”

The Pebble wars are sure to continue, but Northern Dynasty has been looking to sell its 50-per-cent stake for the past year, a clear vote of non-confidence in the viability of the project.