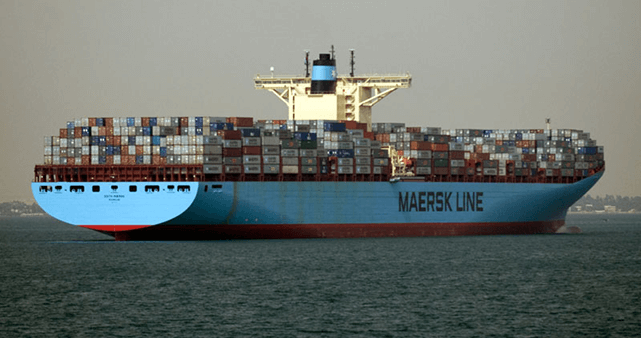 Following a public relations campaign led by Danish shipping powerhouse A.P. Moller-Maersk Group, Hong Kong Chief Executive Leung Chun-ying’s government promised in late January to pass stricter air quality regulations on ships entering its harbour. Current law authorizes vessels to use fuel containing up to 3.5 per cent sulphur, well above current European Union regulations of 0.1 per cent. Maersk and 17 other companies will remain committed to the Fair Winds Charter – a voluntary program set up to encourage cleaner fuel use while in Hong Kong harbour – until new laws are passed. Current incentives unveiled by port officials last September only cover about 40 per cent of the added fuel costs, which participating companies have argued grants competitors an unfair advantage.

The Hong Kong port, which saw over 200,000 seagoing and river-trade vessels pass through in 2011, has been a significant contributor to the city’s pollution problems for decades. A study released last September by the think tank Civic Exchange blamed 385 premature deaths on sulphur dioxide from local ships. An index developed by the University of Hong Kong estimates that city-wide air pollution caused more than 3,000 deaths and $5 billion in medical bills and lost productivity in 2012. Professor Anthony Hedley told an environmental affairs panel in January that “100 per cent of the population is exposed, at unacceptable levels, to this environmental hazard.” The recent high-profile appointment of Civic Exchange founder Christine Loh as under-secretary for the environment has set high expectations for new legislation on a range of environmental issues.

Other efforts to reduce sulphur emissions from ships have gained ground in recent years, most notably in Europe. Stringent EU standards instituted in 2010 have led to a 66 per cent reduction in emissions, according to the EU Commission’s Joint Research Centre. Regional rivals to Hong Kong have been slower to adopt strict regulations, opting for voluntary incentive programs. The Maritime and Port Authority of Singapore unveiled an initiative in 2011 which now offers 15 per cent reduction on port dues for ships burning cleaner fuel. It also provides matching funds for domestic maritime companies that are looking to integrate green technologies into their operations.

Facing antitrust litigation in a U.S. federal appeals court, the three leading potash producers in North America agreed to a $97.5 billion settlement on January 30. Potash is a key ingredient in crop fertilizer, found mainly in Canada, Russia and Belarus. The Potash Corporation of Saskatchewan (PotashCorp), Agrium and the Mosaic Company stood accused of operating as a cartel through their wholly-owned exporting and marketing firm Canpotex, which conspired with the Belarusian Potash Company to keep prices artificially high. This led to a concerted effort to increase global prices 600 per cent from 2003-2008 through a series of coordinated cuts to production. Canpotex and Belarusian Potash collectively represent over 70 per cent of global potash output. The settlement was the result of eight private antitrust lawsuits brought by both direct and indirect purchasers of potash in the agricultural sector. None of the companies involved has admitted to any malpractice, with PotashCorp chief executive Bill Doyle blaming the culture of baseless class-action lawsuits in America for the proceedings.

There are signs that the market dominance of Canpotex and Belarusian Potash has begun to wane. Major customers have grown increasingly frustrated by the high prices in recent years, with India and China deciding to take a “potash holiday” last year to register their complaint. Canpotex eventually agreed to drop its prices by 15 per cent in a new agreement with China. There is also the emergence of stronger competition, led by the Anglo-American mining giant BHP Billiton. A $39 billion bid for PotashCorp was rejected by the Canadian government in 2010, but BHP Billiton has remained dedicated to entering the potash business. It has refused to participate in Canpotex, and has begun construction on the largest potash mine in the world in Jansen, Saskatchewan.

Critics of the potash industry have blamed artificially high prices on crop failures and food shortages in developing countries. “Without a price drop, there will be less potash fertilizer used, leading to food shortages and higher food prices,” wrote the late Canadian Senator Eugene Whelan in the Globe and Mail in 2012. “Lives and livelihoods will be lost.” Mindful of this criticism, PotashCorp pledged $35 million last December to establish a food security institute at the University of Saskatchewan.