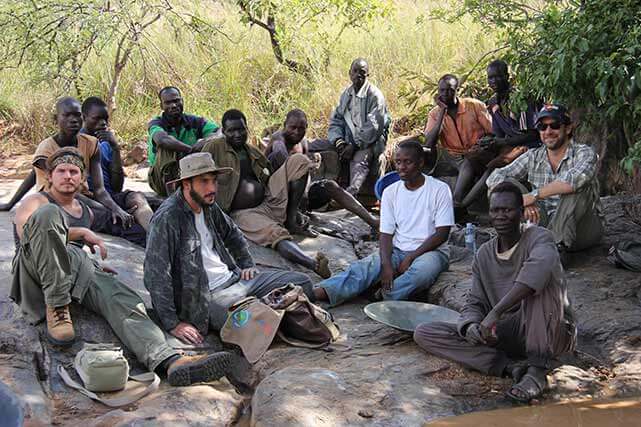 A new generation of junior exploration companies is trying to fix the mining industry’s social license problem. By experimenting with profit-sharing schemes and engagement programs, some juniors are trying their best to make a good first impression on community members.

In doing so, they are aiming to “de-risk” the mining industry, which is crucial to the future financial success of the industry. But they are also banking on the assumption that majors will pay a premium for a pre-established relationship with the community.

While their intentions may be good, these companies will have to successfully navigate certain challenges if they want to redefine the way the mining industry does business with local communities.

A culture of secrecy

The mining exploration sector has traditionally operated under a culture of secrecy, said Don Bubar, president of Avalon Rare Metals Inc., a Toronto-based junior mining company. In the past, companies tended to avoid engaging with local communities because they were seen as potential competitors. Unfortunately, this usually continued throughout the lifecycle of the mine, he said.

One junior exploration company is aiming to change every aspect of that culture.

Rakai Resources is a joint venture between a for-profit company called SeedRock Group and Salama SHIELD Foundation, a Canadian non-profit that has been working in Uganda since 1992.

Operating on seven properties across 1,900 kilometres in the Abim region of Northern Uganda, the company is hoping to fund its larger exploration projects with a small-scale gold mining operation that employs local artisanal miners.

It is normal for exploration companies to extract the easiest minerals in order to fund larger projects. But the company’s chief executive officer, Stephen Burega, says this project is different because it uses artisanal small-scale mining as a development project and incorporates dialogue with community members into the business model.

While most artisanal miners live in poverty and use mining as a way to subsidize their livelihoods, it is a sizeable global industry, said Marcello Veiga, a professor in the department of mining engineering at the University of British Columbia.

Gold produced through artisanal mining worldwide generates $16 billion (U.S.) to $18 billion and 400 to 450 tonnes of gold each year. Not only is the industry connected to the drug and weapon trade, but gold processing is the largest source of mercury pollution on the planet, said Veiga.

Governments, as well as the United Nations Environment Programme (UNEP), are trying to formalize the industry, but it’s not working, said Veiga who spends much of his time mediating between big mining companies and artisanal miners in Latin America and Africa.

Sometimes companies are dealing with invasions by artisanal miners onto their properties, other times the miners are already there and the company is trying to get them to leave, he said.

“Too many exploration companies see artisanal miners as a nuisance,” said Burega. “If you don’t have a strong social licence to operate, and there are thousands of miners active on the property, it can quickly become a very difficult environment to operate in,” he said. 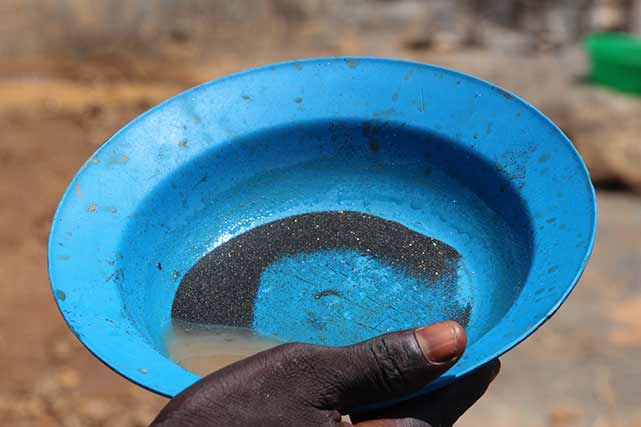 Rakai Resources wants to work with artisanal miners by offering mining skills training, as well as vocational training if they wish to pursue other lines of work.

The company also aims to create a community-owned trust that will hold 5 per cent equity in the parent company, as well as 10 per cent equity in any joint venture the company establishes within the district of Abim. Another 10 per cent of profits from the small-scale operation will go into the trust. An elected board of seven members will decide how to spend up to 4.5 per cent each year.

All of this is still being finalized, but this is the business plan that Rakai is working with now, said Burega.

Even industry watchdog MiningWatch agrees that this is a novel concept, especially for an exploration company. The one thing that seems to be almost non-existent at the international level is the idea of spinning revenues into an independent, community-led development fund of any kind, said Jamie Kneen, communications coordinator at MiningWatch.

The situation is only getting worse

The economic situation for junior exploration companies has only worsened over the last few years, said Rod Thomas, president of the Prospectors and Developers Association of Canada (PDAC). Around 80 per cent of junior companies look for gold. And with gold prices down, no one is interested in giving them money, he said.

Some junior companies claim this lack of investment is preventing them from doing meaningful community engagement, said Burega. But Rakai Resources sees this as an opportunity to take risks and potentially reap some economic benefits.

In the event that the company is lucky enough to find a gold deposit that is worth digging up over the long term, Burega said he believes the deposit will be even more valuable because major mining companies will see that they are not starting from scratch with the local community.

Major mining companies that participate in the Devonshire Initiative, a forum for non-profits and mining companies to discuss social and environmental issues, are already showing an appreciation for the work that Rakai Resources is doing, said Burega.

Big companies are trying to improve, but it’s not easy when you are a big multinational company, he said.

Junior companies are small and able to look outside the box. That’s why it makes sense for Rakai Resources to do this work and pass it along to a bigger company one day, said Burega. 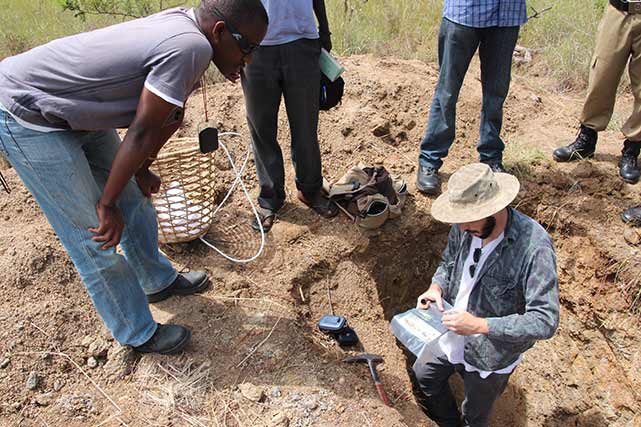 As with any uncharted territory, there are potential pitfalls that Rakai Resources will have to watch out for.

To deal with this problem, the fiduciary responsibility for the fund will remain with Rakai Resources until it is clear that certain structures have been established and are working effectively, said Burega.

“No one wants to see this become a fund that exists so that certain people can build homes,” he said.

Another challenge faced by all exploration companies is managing the expectations of the community, especially in the early days before a profitable deposit has been identified, said Kneen.

This has been a constant topic of discussion with community members in the Abim region, said Burega. So far, the company has not discussed exact numbers with the community, he said.

“We haven’t gone into detail as to what the potential size [of a mine] could be because I don’t think it’s fair. It’s so far down the road, and we don’t understand the property yet,” he said.

Of course, none of this addresses the inevitable environmental impacts of large-scale gold mining. Rakai has promised to look at environmental problems through a progressive lens, but at the end of the day, it depends on the culture of the company that buys the asset.

Much of the company’s success will depend on what is eventually developed and by whom, said Kneen. In the meantime, it will be worth watching what other schemes junior companies come up with.