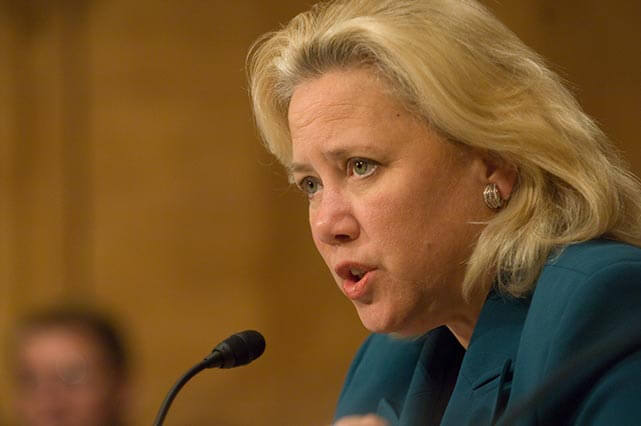 Less than 24 hours after President Barack Obama announced a deal with China to limit greenhouse gases, both chambers of the U.S. Congress have scheduled votes to support the Keystone XL pipeline, which would transport crude oil from Canada to the Gulf coast in Texas. Democrat Mary Landrieu, a critic of Obama’s energy policy, called for the vote in the Senate. Republicans do not take control of the Senate until January, so it was expected that the vote would wait until then, The Guardian reported today.

But Landrieu was emphatic saying, “The bill needs to be approved today. Not in January, not in February, not in March.” The Senate vote will take place on Tuesday and the House vote will take place on Thursday. Landrieu is facing a runoff battle with Republican congressman Bill Cassidy after neither candidate managed to win 50 per cent of the required vote in the midterms last week, making this a crucial issue for her campaign.

Speaking from Naypyitaw, Myanmar, where the President is visiting, Josh Earnest, a White House spokesman, said the President continues to have take “a dim view” of these kinds of proposals. The President’s senior advisors at the White House have recommended that he veto legislation that takes the decision-making process out of the Presidents hands, the Globe and Mail reported today. In addition to drama at the federal level, the pipeline has to surpass a legal challenge in Nebraska, where the state Supreme Court won’t decide on the legality of the right-of-way until early next year.

The U.S.-China agreement to cut emissions has major implications for the coal industry, which had hoped to make up its declining share of the U.S. energy market with surging energy demands in Asia. China made up 40 per cent of the world’s total coal power production in 2011, so its commitment to draw 20 per cent of its electrical power from renewable sources and hit peak emissions by 2030 would be a big blow to coal companies.

The idea that developing countries represent a growth market for coal no long reflects reality, Ross Mcfarlane, director of business partnerships at Climate Solutions told ThinkProgress yesterday. A report released today by Carbon Tracker confirms this by showing that it is possible for rural communities in Africa and India to address their energy needs by taking advantage of the falling costs of renewable power and bypassing the costs of expensive grid transmission networks, which are prohibitive in rural areas. The report shows that off-grid or mini-grid renewable energy systems are cheaper than new, coal-fired power stations. In a “universal access scenario,” the International Energy Agency expects that this technology would be responsible for 59 per cent of energy worldwide.

National Public Radio (NPR) and Mine Safety Health News teamed up to reveal that thousands of mine operators have failed to pay their safety penalties, leaving dangerous and even deadly mines open for business. Using 20 years of Department of Labor data and records provided by the Mine Safety and Health Administration, the investigation shows that 2,700 mining company owners failed to pay nearly $70 million in penalties with the top nine companies owing over $1 million each. These fines are “supposed to make violations expensive – costing hundreds of thousands of dollars for the most serious offenses – and create an incentive for mine owners to keep workers safe,” NPR said yesterday. And indeed, the investigation confirms that mines that do not pay their fines are more dangerous than those that do.

Even solar has its waste problems

Solar energy is often touted as a green product, but like many companies, the industry has a waste issue that it doesn’t want to talk about. Clean technology investments are expected to exceed $6 trillion in the next decade in emerging markets in Sub-Saharan Africa, Latin America and China. But since developing countries tend to lack waste disposal infrastructure to handle electronic devices, renewable energy products that no longer function are usually burned or tossed into the environment. This important issue is obscured by the fact that only one quarter of the solar market responded in detail to the Silicon Valley Toxics Coalition’s Fifth Annual 2014 Solar Scorecard, released Tuesday, down from 51 per cent in 2012. The scorecard ranks 75 per cent of the solar industry on a range of environmental, sustainability and social justice factors. The top five companies had an average score of 70 per cent, but the remaining 32 firms averaged a score of 30 per cent.

Ford Motor Company is taking a micro-step toward reducing its greenhouse gas emissions. The company has selected four dealerships to test “micro wind turbines” in a first-of-its kind partnership with the Wind Energy Corporation. The turbines prominently display the Ford logo and indicate a unique marketing opportunity for other companies. “If you’re going to spend money on an elevated sign anyways, you might as well put it into service generating clean, renewable energy to attract and serve your growing cadre of energy-aware customers,” CleanTechnica said today.