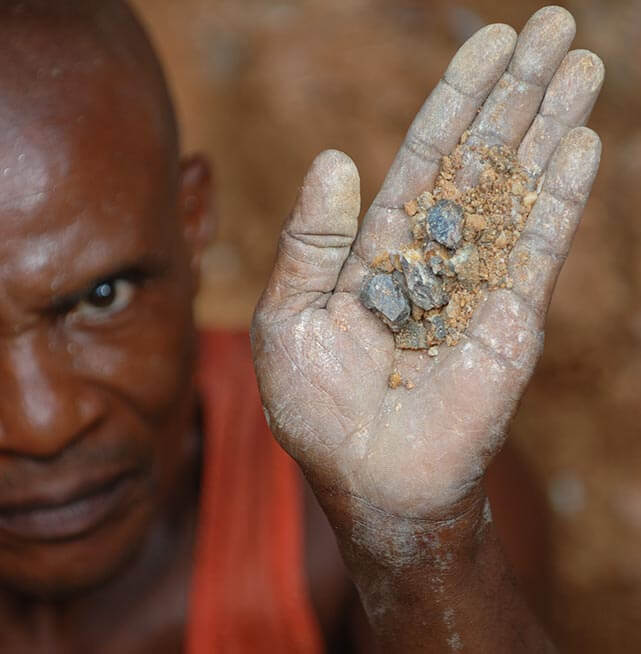 Wolframite and cassiterite mining in the Democratic Republic of the Congo.

A piece of U.S. legislation has “set off a chain of events that has propelled millions of miners and their families deeper into poverty,” the Washington Post reported yesterday. The law was passed as part of the Dodd Frank Wall Street Reform and Consumer Protection Act in 2010 and requires companies to report the use of conflict minerals in their products. The Congolese government shut down the mining industry for months while it sought to certify the country’s minerals as “conflict-free.” The process has been complicated by political problems, corruption and bureaucratic delays, leaving miners out of a job. Some have chosen to join militias, which remain a threat to political stability in the area. “This is a country where the government is absent in many areas, plagued by years of war and bad governance, where the economic tissue has been destroyed. The American lawmakers didn’t appear to take this into consideration,” Eric Kajemba, director of the Observatory for Governance and Peace, told the Washington Post.

Four thousand diplomats from 196 countries are meeting today in Peru to talk about the next legally binding global climate agreement. The stakes are high. This is the last full climate meeting before the 21st Conference of the Parties meeting in Paris next December where the new deal is due. “If the countries cannot settle most of their differences by Friday week, then the chances of a meaningful agreement next year are slim,” the Guardian reported today. The good news is that the process has been bolstered by a recent emissions agreement between the U.S. and China, as well as financial commitments by several countries to the United Nations Green Climate Fund. To mark the launch of the talks, the Guardian created a fascinating timeline of the world’s top 20 carbon emitters from the dawn of industrialization until today.

The Bank of England will investigate the risk that fossil fuel companies could pose to the global economy if their assets turn out to be worthless. Major financial institutions, such as Citi Bank, HSBC and Moody’s, have indicated that they are aware of the “carbon bubble.” But the Bank of England’s initiative is the most serious taken by a regulator to date. Large quantities of fossil fuels could become stranded assets if two-thirds of the world’s coal, oil and gas reserves cannot be burned to meet the two degree Celsius climate change goal. This loss in value could trigger another economic crisis because some of the world’s largest companies are fossil fuel companies. The U.K. House of Commons environment audit committee is conducting its own enquiry into the economic effects of stranded fossil fuel assets.

Corporate Knights’ managing editor Jeremy Runnalls spoke to Martin Skancke who was instrumental in building Norway’s offshore oil fund. The Government Pension Fund Global (GPFG) is currently valued at $870 billion (U.S.). This far outweighs Alberta’s Heritage Savings Trust Fund, which has about $15 billion (U.S.) in hand, despite the fact that Alberta’s fund was set up decades earlier and produces significantly more oil than Norway. Corporate Knights talked to Skancke about the oil reserve’s unique structure and the position it holds in the domestic political scene.

Alberta’s Energy Regulator announced on Sunday that a pipeline operated by Canadian Natural Resources has leaked about 60,000 liters of crude oil in northern Alberta. Canada’s largest independent oil producer filed an incident report late last week, blaming a mechanical failure for the spill. A spokesperson for the regulator said safety and road conditions have so far made it impossible for inspectors to reach the site. The company’s incident report said no wildlife were affected and cleanup is underway. The same company spilled 70,000 liters of oil last April northwest of Slave Lake, Alberta.