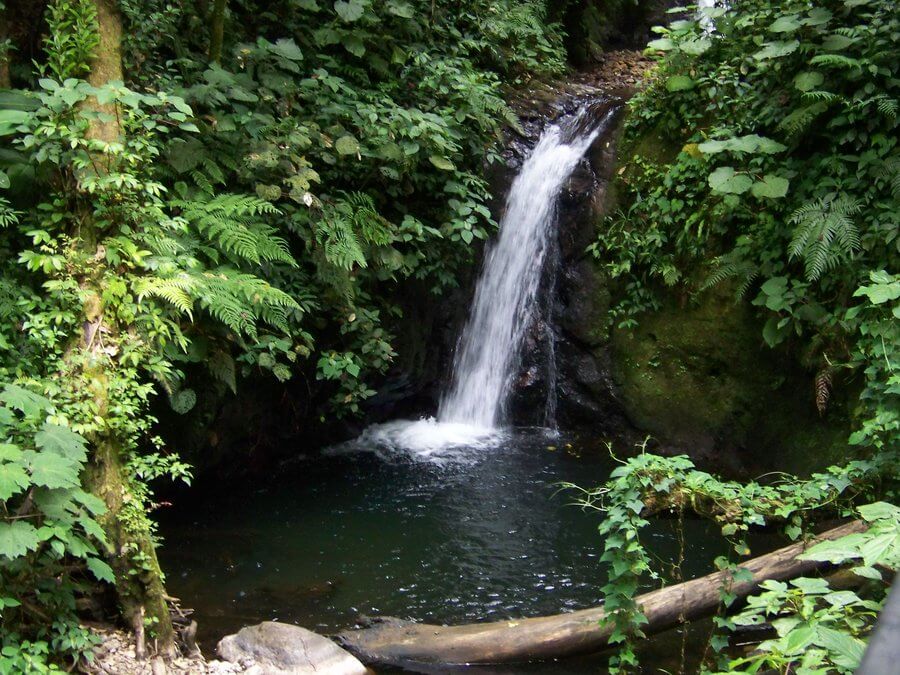 Two years after attending the 1992 Rio Earth Summit, Jose Maria Figueres was elected president of Costa Rica, a small country in Central America blessed with some of the richest biodiversity in the world. Maurice Strong, the Canadian business leader who led the summit, was an influential figure in Figueres’ life and later advised him on economic matters during his presidency.

From Strong’s perspective, business had to be seen through the lens of sustainable development. Figueres, just 39 at the time but carrying a wealth of private sector experience in agribusiness and renewable energy, took that to heart. He made sure resource productivity laid at the foundation of economic development and that the country’s natural capital – protected through a strengthened national parks system and a big emphasis on conservation – served to bolster ecotourism, which has since grown to become Costa Rica’s largest industry.

After serving his four years as president, Figueres moved on to become the first chief executive of the World Economic Forum. Most recently, he has taken the reins of the Carbon War Room, a Washington-D.C. based think tank funded by Virgin Group founder Richard Branson.

Sustainability runs through Figueres’ blood – and his DNA. His father, Jose Figueres Ferrer, who held the presidency three times after leading Costa Rica’s 1948 revolution, was a social justice champion who taught that civil society needed to live in harmony with nature. His sister, Christiana Figueres, is executive director of the UN Framework Convention on Climate Change. Costa Rica, meanwhile, is one of five countries implementing natural capital accounting programs as part of the Wealth Accounting and Valuation of Ecosystem Services (WAVES) partnership.

Corporate Knights had the pleasure of chatting recently with Figueres about his time as Costa Rica’s president and his views on natural capital, ecotourism and the limitations of GDP as a measurement of growth:

CK: When you took over as president of Costa Rica between 1994 and 1998, an already existent ecotourism industry began to really boom. At the same time, you promoted sustainable development as something that should guide all government action. Why?

FIGUERES: We came to government with the conviction that sustainable development was the path to the future, that countries could no longer afford the luxury of greater degrees of development without incorporating the environment and working with the environment, not against it, in the pursuit of both economic and social well-being. We instituted a wide range of policy changes [including] placing a tax on carbon back in 1995, proceeds of which funded an environmental service purchasing fund that is still very strong and growing stronger every day. We eliminated import duties on electric vehicles, even back then. We bought a couple of electric vehicles and electric buses back then to begin the movement. And of course we banked very much on renewable energies, which now power 92 per cent of Costa Rica – hydro, geothermal and wind.

CK: You began to think seriously about how to value and derive benefits from the country’s natural capital, right?

FIGUERES: Costa Rica has done some important work in terms of valuing our natural capital, looking at externalities and incorporating them into full-cost accounting. The whole thrust was to make Costa Rica an example – proof that sustainable development was in fact possible, but also profitable. At the end of four years, we left government with direct foreign investment being equivalent to almost 7 per cent of GDP, and economic growth in that year of close to 8 per cent.

CK: You mention GDP. What’s your thought on the limitations of GDP to truly capture national prosperity and the well-being of citizens, including the state of natural capital?

FIGUERES: We’ve used GDP forever in terms of measuring our economic growth, and it has become the growth indicator of reference throughout the very intensive carbon emission economy since the dawn of the Industrial Revolution. But that high-carbon emission economy is coming to an end. There are sufficient elements out there to suggest the future is very much a different economy with lower carbon emissions. Moving toward that economy would be benefited or enhanced by new measures that not only measure growth, but also measure our progress in that direction.

There are different ways in which one can go about this, but one way is to incorporate the economic externalities, which today do not get accounted for in our national accounts. There are some countries beginning to move in that direction. China, for example, is already moving in that direction with their most recent five-year plan. Costa Rica has also begun to do some work in that direction. This is the wave of the future, and much more reflective of a much more holistic approach to development and growth than the more simple GDP measurement we have today.

CK: What are the barriers preventing us from getting this more holistic measurement of wealth?

CK: Costa Rica’s big ecotourism push hasn’t come without its challenges. Ironically, the boom in tourism has created some new environmental challenges. Infrastructure, such as wastewater treatment, has struggled to keep up, and biodiversity is suffering as more land is cleared to build condos and villas. What are your thoughts on this?

FIGUERES: Nobody ever said development was easy, my friend. There are certainly no examples out there yet showing the clear path to follow when migrating from high-intensive carbon to lower carbon economies. Yes, Costa Rica has been extremely successful with its ecotourism industry, which has as its main economic driver the national parks we have set aside over the years. That ecotourism activity is also, by the way, the first creator of jobs in rural areas, and I mention this specifically because one of the very pressing challenges we have in the world today is to create good, high-quality jobs for 75 million youths around the world that are unemployed.

But at the same time, as you mention, the growth of the ecotourism activity in Costa Rica has brought with it some important challenges. Land use and zoning is one. Transportation and infrastructure development is another. But these are the typical challenges that come with development. I see overall a country that, in spite of these challenges, wants to continue to set a good example and is actually doing its best to show a way toward having a low-carbon footprint.

CK: You’re now leading Carbon War Room, which sees the private sector as a key player in the battle against greenhouse gas emissions. What’s your mission?

FIGUERES: One fact often overlooked by many is that almost 50 per cent of carbon emissions can be reduced today in a profitable way, with no need for intergovernmental processes or further national regulations. So the Carbon War Room focuses on finding those sectors of the global economy where this is the case; where we can achieve reductions in carbon emissions at the gigatonne level in a profitable way. Scale is important. If we want to reduce carbon in a sufficient amount so that we stay under 2 degrees Celsius change of global average temperature, we need to scale up. If it’s not profitable we’re not going to be able to attract the capital and entrepreneurship and leadership and skills and wherewithal of the private sector that make this a possibility. So our emphasis is on accelerating entrepreneurial approaches to carbon emission reductions that produce a profit.

CK: Is Carbon War Room having an impact yet?

FIGUERES: Yes. If you look across the landscape of organizations working in the field of climate change, you will be hard-pressed to find even a small number of organizations that can point to actual successes in the short time that we have been working on them. Take, for example, our shipping operation. There are about 100,000 ships out there, many thousands of which are overfishing – depleting our inventory of fish stocks, which we need to act on. The rest of the ships are hauling world trade. If you take the largest 50,000 of those vessels and aggregate their carbon emissions, they emit as much carbon as a Japan or Germany.

CK: What can you do with these vessels?

FIGUERES: Just changing the paint on the hull reduces energy consumption by between 7 and 10 per cent, because it’s lowering the co-efficient of drag. The modern paint that does this is five times more expensive, but the payback is a period of 10 months. So in our work within the shipping operation, we have sought to identify the barriers that keep the retrofitting of ships from happening and bring them down. One barrier is an information barrier, so there we set up a website,www.shippingefficiency.org, which today has energy efficiency information about ships and ranks them with an A to G measure, as you rank refrigerators or cars. It’s providing transparency and information to the market, so when a company is going to charter a ship they can see how energy efficient that ship really is.

CK: Have shippers changed their purchasing decisions as a result?

FIGUERES: Last November, we achieved a major breakthrough when Cargill, Huntsman and Unipec UK announced they were no longer going to charter F and G type vessels, and were moving that business into more energy-efficient ships. That measure represents $425 million worth of business. Those are signals markets understand. So bringing down information barriers and working with technology providers to accelerate change in the shipping industry is something we feel very proud of.

CK: And it appears Carbon War Room is also starting to focus its attention on island nations. Can you explain what you’re doing there?

FIGUERES: If you look at island nations around the world, most today are paying between 35 and 70 U.S. cents per kilowatt-hour, because their energy base is based on fossil fuels imported in small quantities through inefficient ways, used to power up usually inefficient generators. At those prices, wind and solar and on some of those islands, geothermal – those three renewable energies are competitive today with no need for subsidies. It’s an issue of being able to package this as an opportunity for private-sector investment, which has the benefit of not only being profitable, but taking island nations off fossil fuels, reducing their yearly outflow to pay for their fossil fuels, giving them a much lower carbon footprint and making them more economically competitive. Our first island is the island of Aruba. Our objective is to learn with Aruba on how this can most effectively be done, and then use that learned experience to scale up and do the same with other islands around the world.

CK: Are you optimistic about the future?

FIGUERES: Throughout my life, I have been more inclined to look at the glass half full, more than half empty. In this case, because of my lifelong work in issues dealing with the environment as an economic opportunity, first in the private sector and then in public policy, I believe there is a tremendous future ahead of us in this transformation to a low-carbon economy. What we need today in the economic situation the world is in, is to get ourselves back on a track of job creation, investment and growth. There is no better opportunity to do that than to shift in the direction of a low-carbon economy.

While I recognize it is a challenge for close to 200 countries in the world all coming from different points in their development to agree on intergovernmental processes that would reduce carbon emissions, and while I support all of those efforts, I’m also fully aware that with respect to 50 per cent of total carbon emissions, we don’t need to wait for intergovernmental processes. We can reduce those emissions today by being creative, changing business models and finding the correct approach that renders their production a profitable, viable opportunity. That would go a long way to solving the problem and creating the jobs the world requires. The challenge of climate change is the greatest economic opportunity since the Industrial Revolution if we are creative and get moving.