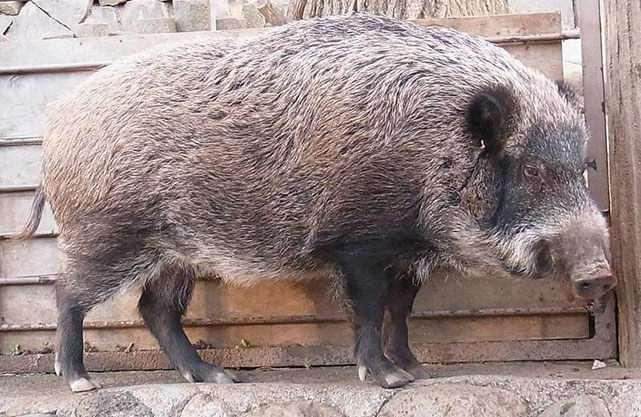 Fukushima’s boar population has exploded in the aftermath of the nuclear disaster, according to reports in Japanese media.

Local officials estimate that the population has gone from 3,000 to 13,000 over the past two years. Wild boars have taken advantage of the lack of natural predators in the exclusion zone to increase their numbers, often using abandoned homes as burrows. There is no evidence that their heavily radioactive environment has adversely affected their health or impacted their ability to reproduce.

The boars have damaged agricultural land nearby, with one report in the Japanese newspaper Yomiuri estimating this damage at over $900,000 (U.S.). Government officials have introduced bounties to incentivize local hunters, but disposing of the wild boars has proven to be a challenge.

High levels of cesium-137 in the boars makes them unfit for human consumption. Three mass graves dug to dispose of the bodies in the nearby city of Nihonmatsu are close to capacity. The city is struggling to identify any alternative locations. Burning the boars releases radioactive material into the atmosphere, requiring the use of a specialized incinerator. The only facility of this calibre in the area is able to burn through three boars a day, not enough to get through the backlog of carcasses.

Cesium-137 has a half-life of 30 years, meaning this problem of radioactive boars is likely to persist for decades. Boars are particularly affected due to their tendency to dig through dirt in search of mushrooms and truffles, where radiation is more likely to linger.

Similar problems have cropped up in areas surrounding other sites of nuclear disasters such as Chernobyl. Since 2012, it is a requirement for hunters in the German state of Saxony to test all wild boars for radiation. Recent tests by Saxon authorities found about one-third of boars contaminated with cesium-137, despite the nuclear accident having occurred 28 years ago and hundreds of miles away.