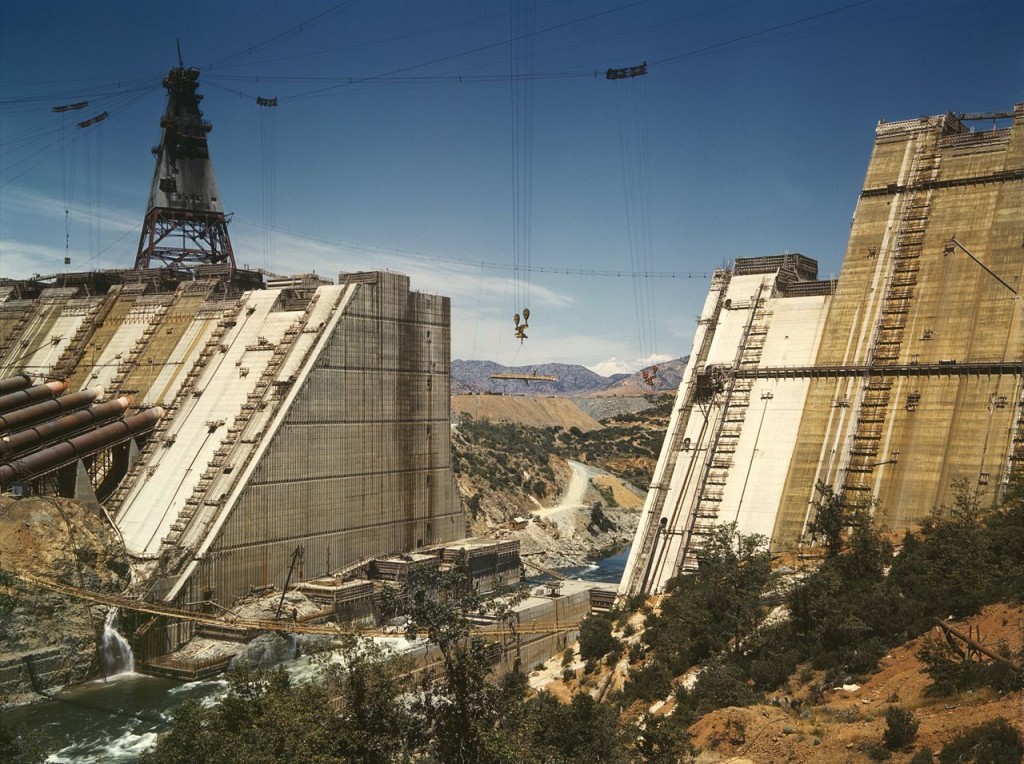 If I were to hand you a suitcase full of glittering gambling chips and give you a seat at the grand game of economic destiny, here are some bets you probably would not make. That the quantity of nature’s plenitude is going to magically multiply, the constraints on nature’s bounty vanish and, hence, its price dwindle; that the power of the people formerly known as consumers is, in a hyperconnected world, likely to shrink; that the information you once called “top secret” will continue to be, especially from those you’d least like to see it; that as societies with already threadbare pockets grow more aware of the hidden costs of and subsidies to an industrial-age economic engine (quick: how much does a fast-food burger really cost?), they’ll merely yawn, shrug and continue to opt not to begin righting the balance. And, finally, you probably would not wager that, in the face of what you might call existential threats to business as you and I know it, tomorrow belongs to those whose mightiest ability is merely to continue to practise, live and breathe the rusting precepts of an aging paradigm. No, the wise among you would bet that tomorrow belongs to those who have the hunger, insight, and perhaps even the wisdom to master the art of transcending their own limitations and begin surmounting the novel, perhaps lethal challenges of the world we live in.

Hence, while yesteryear you might have heard talk of rebooting or even rethinking capitalism, it might be just a touch harder to do so today. And in case you’ve been living on Mars recently, today’s suggestions that capitalism is at the juncture of historic transformation aren’t just coming from long-time critics and adversaries, but from practitioners and luminaries. In the McKinsey Quarterly, Paul Polman, Unilever’s CEO, has discussed what he calls “long-term capitalism.” No less an eminence than Michael Porter, the dean of corporate strategy at Harvard, has pronounced the need to “reinvent capitalism.”

So can the practice of capitalism—the art of being a capitalist—transform as radically over the next few decades as it did during Adam Smith’s era? I believe it can, and I believe more vitally that all of us will change it. I believe not just that we’re already standing atop the cliff, but that some of us are already taking a quantum leap to the other side. What, then, lies across the gap—the gap where the challenges above, like monsters of yore, twist and hiss?

Before we get there, consider, first, what lies on this side. Alfred Chandler, in his masterwork, The Visible Hand, painted a detailed portrait of what he termed “managerial capitalism”—a global economy powered by behemoth, globe-straddling bureaucracies we today call multinational corporations. From Milton Friedman to Niall Ferguson, a generation of scholars has detailed—and explored—the rise of “financial capitalism”: a global economy pulsating with a dense web of markets and networks, where traders and bankers are the technicians of the engine. In its heyday, given the explosive rise of prosperity globally, I’d bet we all know that managerial/financial capitalism was a great leap beyond the purely industrial capitalism that preceded it. Yet, I’d bet we also know: that the engine’s running out of steam, we’ve entered an Age of Dilemma, and the dismal choices of the dilemma can be summarized, regardless of title, location or ethical predilection, as follows: more profit means more harm to the planet, the people that live on it, their neighbours, not to mention maybe even your society, your grandkids, and many of the things that matter most to anyone who’s got a soul slightly more developed than either Hannibal Lecter or a zombie overlord.

And though all the above might often trouble us, as practitioners of the art of capitalism, it’s often difficult to know what to do about it. That’s because the industrial age’s great dilemma is like a Gordian knot—a problem that’s simply unsolvable, vexingly intractable if we’re still confined to thinking in yesterday’s terms. The knot cannot be untied, but only cut. Escaping the capitalists’ dilemma requires a paradigm shift.

Here’s how I’d sum up the philosophy behind the paradigm. Twenty-first century capitalism must organize the better saving and accumulation of every kind of productive resource for tomorrow. Its precepts and commandments must begin with minimizing economic harm and end with maximizing the creation of authentic economic value.

If we were to craft the crude, bare outlines of an updated economic paradigm—one that might have the power to blaze past yesterday’s firewall of prosperity—what would be different about it, first and foremost, is optimization.

Here then are rudimentary sketches of the two fundamental axioms of such a paradigm.

The first axiom is about minimization: through the act of exchange, an organization cannot, by action or inaction, allow people, communities, society, the natural world or future generations to come to economic harm.

Conversely, the second axiom is about maximization: the fundamental challenge facing countries, companies and economies in the 21st century is creating more value of higher quality, not just low-quality value in greater quantity.

The great question that 21st century economics asks is: must profit always require economic harm? A handful of revolutionaries today are answering no. Their answer, echoing across the global economy, is a better kind of capitalism built for a tiny, fragile and crowded world: constructive capitalism.

Insurgents for a better tomorrow

I call the next generation of capitalism “constructive”—because it’s about building new foundational institutions, because those foundations create more authentic, enduring and meaningful value, and because that value allows firms to play a more constructive role in society. And I believe it’s a transformation every bit as epochal as the great leap from purely industrial capitalism to managerial/financial capitalism: vital for our continued prosperity, critical to a vibrant economy, and probably even a little bit necessary to reclaim our humanity for the future of humanity.

Hence, at my lab, we undertook a research program designed to delve into it. Out of a statistical sample of 250 companies, we found 15 that were throwing yesterday’s cornerstones out of the proverbial window. Our first surprise was who the constructive capitalists were: a motley crew, but not a ragtag one. They were some of the world’s biggest companies and some of the smallest; some of the world’s oldest companies and some of the newest; those that fit the stereotype of the forever nimble, radical innovator and those with reputations as lumbering giants. They cut across traditional industry, market and geographic boundaries. We expected many more stereotypically game-changing startups to be insurgents, but we found that most were radical in name only. In contrast, many were companies we least expected to be discontented with industrial era capitalism’s status quo, like Walmart, Nike and Unilever.

Here’s what makes the 15 insurgents disruptive. Constructive capitalists aren’t just building better products, services, strategies or business models: they are building better institutions, first. It isn’t a capitalism that J. P. Morgan or John D. Rockefeller would recognize. It is composed of a disruptive new set of cornerstones, geared for the new economics of interdependence.

Today’s revolutionaries are institutional innovators: they’re reconceiving not just products, services or business models, but the foundations they are grounded upon. The new cornerstones that constructive capitalists are carving operate at a more fundamental level: they order and organize production, consumption and exchange. John Hagel III, guru of corporate strategy and cochairman of the Deloitte Center for the Edge, one of institutional innovation’s cutting-edge pioneers, puts it this way: “[It] redefines roles and relationships across independent entities to accelerate and amplify learning and reduce risks.” That’s why, in the 21st century, “institutional innovation will trump either product or process innovation in terms of potential for value creation.”

Peter Senge, an American scientist and director of the Center for Organizational Learning at the MIT Sloan School of Management, argues that over the last decade, a growing number of revolutionary organizations “have all, in their own ways, learned how to see the larger systems in which they live and work. They look beyond events and superficial fixes to see deeper structures and forces at play.” And innovating those “deeper structures”—institutions—is, today, a better bet than churning out new products, services, strategies or business models; it’s what is truly scarce, rare and hard to imitate.

Hand me the detonator

When, millennia hence, our progeny build the hall of fame of humanity’s greatest creations, I have a hunch: in the dusty “Extremely Ancient Prehistory” annex—right next to democracy, the scientific method and the microchip—capitalism will probably occupy its own spotlit exhibit. It might feature a holodeck replaying the great failure of central planning that Friedrich Hayek presciently divined; a 4-D demonstration of an invisible hand lifting billions out of global poverty, just as Adam Smith foretold; or the grand, enigmatic equation behind the pulsing waves of entrepreneurship that Joseph Schumpeter so elegantly described.

Yet, if they could beam a message to us today, they might just remind of us of the fable of the Coyote—as in Wile E. The gizmos he ordered from Acme, Inc., might have worked.

But what Coyote could never overcome was his own inherent self-limitations: his lack of imagination, his shortsightedness, his insatiable fixation on short-term gratification and his remarkable inability to learn from the last time he got blown up. Hence, poor old Wile E. spent his beleaguered existence falling off cliffs, getting run over by trucks and doing faceplants into brick walls.

Your challenge, our descendants might counsel us, is much the same—to reimagine your own role as a capitalist (if you are so inclined) and, in so doing, to build a capitalism that learns from its mistakes, without sacrificing its gains. In a global economy already shaken to its core by a historic crisis, those shortcomings have rarely been more apparent.

So here’s the 21st century capitalists’ agenda in a nutshell. First, to rethink the “capital”: to build organizations that are less machines and more living networks of the many different kinds of capital, whether natural, human, social or creative. And, second, to rethink the “ism”: how, when and where the many different kinds of capital can be most productively seeded, nurtured, allocated, utilized—and renewed. Put these two together and the promise is for companies, countries and economies to climb to a higher level of advantage, to scale a steeper apex of achievement.

If I had to summarize it, I’d put it this way: I’d say you no longer merely stand on the cusp of, but are already present in an age where saying “More profit? More harm” is probably going to earn you yawns, shrugs, and eye-rolls (when it doesn’t earn you tomatoes, pitchforks and pillories, that is). That’s because whatever your industry, you’ve probably already got not just rivals, but next-generation competitors, who are beginning to say: “Less harm? More profit”—and by doing so, who are turning earning the art of advantage upside down. So what of the capitalists’ dilemma that confines 90 per cent of companies to the tired, toxic terms of the industrial age? They’re discovering that the art of creating the future isn’t about mutely, resignedly being a hapless victim to it—but about blowing it to bits.