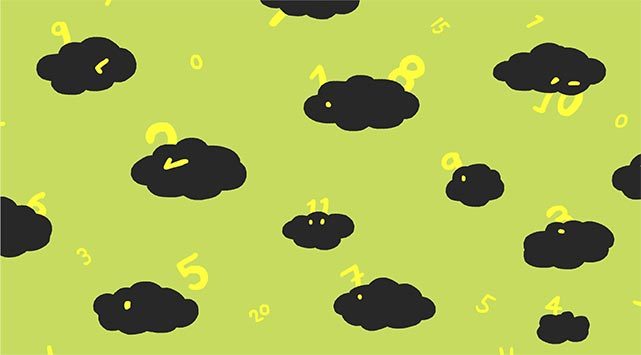 Fed up with how poorly some companies are disclosing sustainability metrics to regulators, certain investors and reporting advocates are taking matters into their own hands.

One retired database developer in Cali­fornia culled through more than 3,800 an­nual reports of publicly traded U.S. com­panies in 2013 and discovered that just 27 per cent of them cited “global warming” or “climate change” in their most recent filing, according to an InsideClimate News report.

Julie Gorte and researchers at Ceres, meanwhile, scrutinized financial results fol­lowing some of the worst hurricanes in re­cent U.S. history and found that businesses often failed to adequately report to inves­tors about the link between a company’s greenhouse-gas emissions, climate change and superstorms that ultimately led to bil­lions of dollars in losses at those same firms.

“Investors are concerned about these is­sues,” says Gorte, who is senior vice-presi­dent of sustainable investing for Pax World Management and a board member with Ce­res, the Sustainable Investments Institute, as well as the American Sustainable Busi­ness Council. “And these are mainstream investors – not just bunny huggers,” she adds.

Indeed, more investors are pointing to greenhouse-gas emissions as a growing threat to economic stability and, therefore, their own financial portfolios. A group of them known as the Portfolio Decarbon­ization Coalition – which includes two of the largest asset managers and sovereign pension funds in Europe – aims to reduce the carbon footprint of institutional invest­ments worldwide by $100 billion before the end of 2015.

Investors could benefit from having regulators such as the U.S. Securities and Exchange Commission (SEC) step in and require companies to disclose more of their carbon metrics, some sustainability advo­cates say. This is especially relevant when applied to high-emitting business sectors and how they report Scope 1 (direct from controlled sources) or Scope 2 (indirect from purchased energy) greenhouse gas emissions.

Instead of lobbying specific businesses to do this, “investor time would be much better spent calling up the legislature and their congressmen and saying, ‘I’m deeply concerned that my portfolio isn’t being protected from obvious risks,'” says Brian Reynolds, a New Jersey-based consultant who specializes in energy, sustainability and corporate climate resilience issues. “Some­one should send a letter to the SEC giving them more of a push to do something here.”

Some investors already have, though the last time the agency openly called for pub­lic comment to help develop guidelines in this area was between 2007 and 2009. Since then, many investors have argued that com­panies should regularly examine certain risks for materiality, which the Sustain­ability Accounting Standards Board (SASB) says on its site is important because the “po­tential for negative social and environmen­tal impacts of operations can present high costs to investors, companies and society.”

Remember Superstorm Sandy? Many institutional investors certainly do. Among those surveyed by PricewaterhouseCoopers (PwC) in 2014, 84 per cent said companies should periodically assess risks from heat waves, storms, water shortages and other physical impacts of climate change, while 89 per cent pointed to the risk of disruption that low-carbon technologies pose to exist­ing products and assets.

Yet the majority of investors in North America – more than 60 per cent, PwC found – are dissatisfied with how compa­nies go about reporting sustainability met­rics.

It’s not just that some don’t disclose at all. More and more are disclosing sustain­ability performance, such as to organiza­tions like the CDP (previously known as the Carbon Disclosure Project) or to research organizations like Corporate Knights Capi­tal. The problem is that disclosure is spo­radic and the data is often not based on any comparable standard. It also isn’t assured that the same information is getting shared in financial filings with the SEC.

The bottom line: sustainability metrics such as carbon emissions do not trickle down in a consistent way to investors. “Companies are disclosing different things in different venues,” says Don Reed, man­aging director of PwC’s sustainable busi­ness solutions practice. “It’s a bit of a messy world.”

That’s why a set of clear reporting rules issued by the SEC or another regulatory agency could go a long way, some experts argue.

The cause of this messiness is under­standable. Companies are faced with a pro­liferation of competing reporting standards, says Tima Bansal, a professor of general management at the Ivey Business School at the University of Western Ontario. Bansal is also executive director of the Network for Business Sustainability, a Canadian non-profit that works with more than 15 compa­nies, including Suncor Energy and TD Bank Group.

“There’s a real need to have some con­solidation and reconciliation with all these metrics,” Bansal adds – and investors seem to agree. Two-thirds of those who respond­ed to PwC’s survey say they’d be more likely to consider sustainability information when making investment decisions if common standards were used.

So how has the SEC tried to tame this wild west of reporting? While the agency wouldn’t speak to Corporate Knights on the record, it did openly acknowledge (back in 2010) that many companies were providing information to their peers and the public about their carbon footprints, as well as their efforts to reduce them. It also pub­lished a set of guidelines to help companies with disclosure requirements regarding cli­mate change matters.

But SEC interest appears to be waning. The commission issued 49 comment letters to companies in 2010 and 2011 that ad­dressed the adequacy of climate change dis­closure. In 2012, however, it only released three such letters – and issued none in 2013. “Since then, there has been a significant fall-off in SEC attention to this area,” warns a 2014 report from Ceres, which studied all of those complaints.

Indeed, the SEC gives considerable lati­tude on whether or not a company needs to disclose carbon-related metrics in the first place. The agency also leaves it up to com­panies (and their attorneys) to decide what is considered material.

All told, 41 per cent of S&P 500 compa­nies didn’t include any climate-related dis­closure at all in their 10-K filings in 2013, according to a Ceres report, and when busi­nesses have felt compelled to report infor­mation publicly they’ve often skimped on details. In its report, Ceres faulted most cli­mate disclosures for being very brief, pro­viding little discussion of material issues, and failing to quantify impacts or risks.

“What happens is a company is able to pay lip service to the realities that a less stable climate will create business problems by saying something as obvious as ‘the com­pany recognizes there’s ongoing risk due to legislation to deal with greenhouse gases’—and that’s all they’re going to say,” Reynolds says. “That’s very, thoroughly unsatisfying.”

Where does that leave companies with their reporting requirements? For now, without any clear direction from the SEC, some corporations turn to organizations like the CDP for their primary reporting framework. The Hershey Company, for example, first began reporting its Scope 1 greenhouse-gas emissions that were direct­ly produced by its facilities in 2008.

While it only focused on its wholly owned facilities in North America back then, the chocolate maker has since ex­panded its reporting. It now includes its global facilities as well as Scope 2 emissions (caused indirectly from energy purchases) and some Scope 3 emissions (other indi­rect emissions, such as employee travel and commuting). Because these steps have been voluntary, though, most other companies have not followed suit.

Meanwhile, SASB is developing stan­dards on what constitutes materiality in reporting across 10 sectors, including re­newable resources and alternative energy, healthcare, transportation and consump­tion, “so you can truly compare apples to apples within an industry and from one to another,” says Todd Camp, a member of the SASB advisory council and senior director for corporate social responsibility and com­munity relations at Hershey.

Even so, SASB’s framework will not fo­cus solely on emissions reporting, and it will be much broader than what the CDP already outlines, says Camp. That means Hershey along with many other companies will likely continue to disclose their efforts voluntarily through a mix of annual CSR re­ports and surveys from the CDP and vari­ous investment groups.

Until regulators like the SEC step in and force companies to disclose a standard set of metrics and in more detail, some argue, this haphazard reporting style isn’t likely to change.

“The vast majority of companies are relatively circumspect about the scale and scope of their climate disclosure in financial filings, as compared to voluntary disclo­sures,” says Veena Ramani, director of Ce­res’ corporate program.

Ramani believes this is shortsighted. “Especially where companies do have strong programs in place to address climate change, it would behoove them to discuss these issues in more depth in their regula­tory filings – as this would help educate and engage the very investors that they are looking to reach out to in these efforts.”