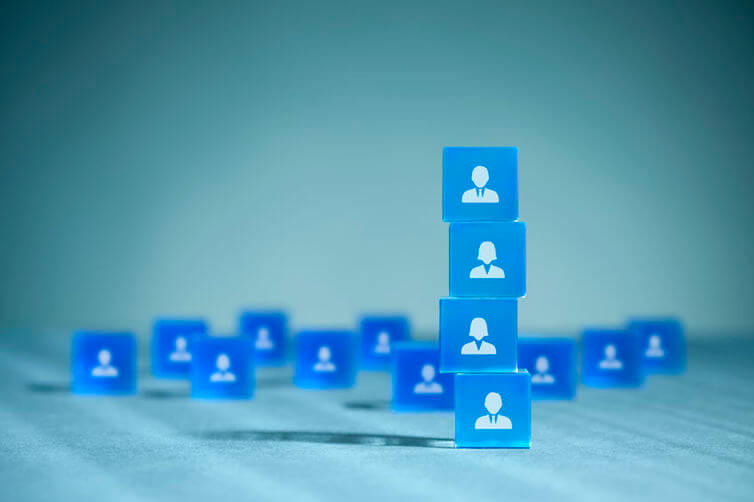 In corporate boardrooms, progress to include more women can feel like it’s moving at a glacial pace. Around the world and closer to home in Canada, there are still far more men than women in positions of power.  Investors hoping to accelerate that growth can now turn to a growing handful of ETFs that specifically promote gender diversity in leadership roles – while also targetting healthy returns.

The four Canadian ETFs that focus exclusively on gender all launched within the span of a year, with Evolve Fund’s Evolve North American Gender Diversity Index ETF kicking things off in mid-2017. And soon after, Mackenzie Investments, RBC, and BMO Global Asset Management all launched gender-focused ETFs of their own, giving everyday investors access to stocks with more women in the leadership than most. RBC’s was the only fund to exclusively track Canadian companies.

As it stands, just 17.9% of women occupy board seats around the globe, as of late 2018. MSCI Inc., the global provider of equity, fixed income and hedge fund stock market indexes, predicts that it will take until 2029 to reach a worldwide average of 30% women on boards among MSCI All Country World Index (ACWI) companies. In Canada, the global non-profit Catalyst is striving for a much earlier date, asking all corporations to reach that goal by 2022.

Canadian companies are getting close, with a reported 27% of women on boards. But we’re still a long way off from true gender parity. Thanks to growing interest from investors (including gender-focused funds) companies are starting to pick up the pace on this issue, says Tanya van Biesen, executive director of Canadian operations at Catalyst. Diversity policies aren’t mandatory in Canada, but the Ontario Securities Commission’s “comply or explain” rule essentially requires companies listed on the TSX to disclose the number of women on their boards as well as their policy on diversity, or else explain why they don’t have one.

Catalyst is urging companies to see diversity and inclusion as a talent issue and essential to creating a productive, innovative and profitable workforce.

Top 25% of organizations that have gender diversity in their executive leadership teams beat out the industry average on profitability and value creation.

“If [companies] are looking for motivated, educated, and talented people, [women are] an obvious place to look,” van Biesen says.  “There have been many studies done to indicate that a gender diverse team generates better outcomes that relate to reputation, financial performance, productivity, innovation and risk management.”

Investors should take note: investing in companies with gender imbalances can cost you – the top 25% of organizations that have gender diversity in their executive leadership teams beat out the industry average on profitability and value creation, according to an oft-cited January 2018 report by management consulting firm McKinsey & Company, an organization dedicated to improving the performance of corporations.

For investors who want to make a difference with their money, several firms have launched Canadian ETF products dedicated to this cause. How do they stack up when it comes to women in leadership?

Mackenzie Global Leadership Impact ETF establishes itself as the clear winner when measuring board diversity — its holdings have an average of 34.7% of women sitting on its companies’ boards.

Other gender diversity metrics reveal that the fund’s holdings have 30% of women in senior management and 34% have a woman CEO or CFO, according to statistics based on holdings as of August 31, 2018.

Evolve North American Gender Diversity Index ETF fares the worst in this lineup when it comes to women on boards (26.8%). To be fair, the ETF is optimized for a range of gender equity criteria that goes beyond the number of female directors. It follows the Solactive Equileap North American Gender Equality Index, which scores companies on 19 different criteria, such as the gender balance of senior management, recruitment strategy, supplier diversity, and freedom from violence, abuse and sexual harassment.

Michael Simonetta, chairman of Toronto-based Evolve Funds Group Inc., says gender diversity should be measured across company culture, so it’s “not really a concern” if Evolve North American Gender Diversity Index ETF has a lower number in the women on boards category than competitive funds.

“You can have a board with 40% women, but if your policies are negative toward women in the workplace, how good is that from a gender balance perspective?” he asks . “It’s not.”

So, how well does the leading fund, Mackenzie Global Leadership Impact ETF (MWMN), hold up against one of the standard ETFs not pre-occupied with gender diversity?

The Mackenzie ETF trumps its benchmark (iShares MSCI World ETF) when it comes to promoting environmental, social and governance issues, with superior scores on average CEO-to-worker pay, gender diversity on boards, and its carbon footprint. Interestingly, the positive gender screen also results in more exposure to companies with products or services that benefit the environment, and less exposure to companies whose products or services have negative impacts like weapons and gambling stocks.

With regard to returns, the Mackenzie ETF is ahead of its iShares benchmark (XWD) on a year-to-date and one-year total return basis, but since its inception on December 3, 2017, it is behind with a 10.8% total return versus 12.5% for the benchmark. 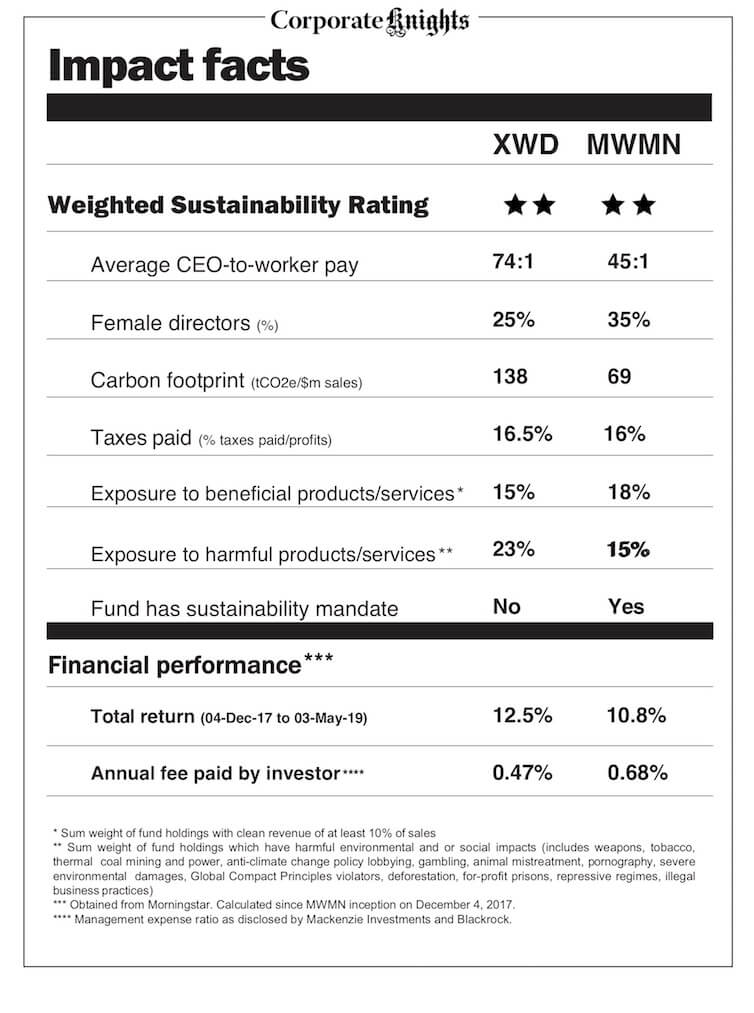 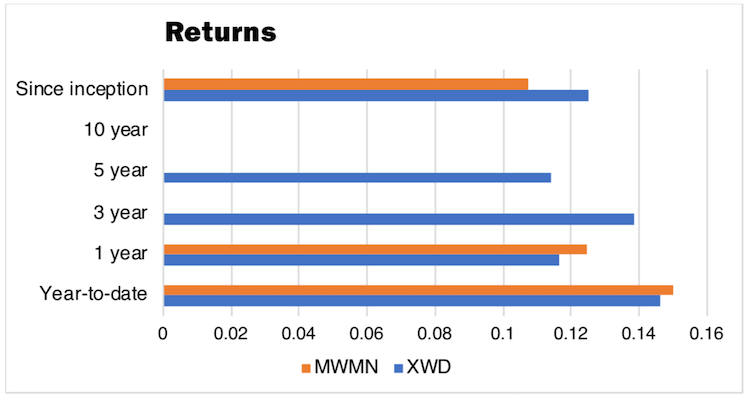