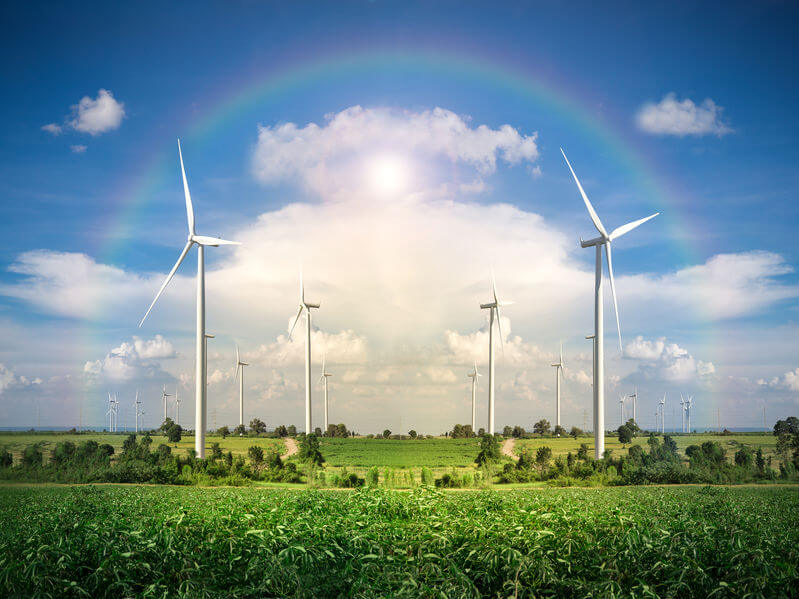 If Greenchip Financial is any kind of an indicator that Canadians see a connection between capital investment and environmental sustainability, 2019 may have been was a watershed year. It was arguably Greenchip’s strongest year to date. Our Greenchip Global Equity Fund was up 34.6% (gross) for the year and assets finally surpassed $100 million. In its first full year, the retail Mackenzie Fund that we sub-advise brought in almost $35 million.

I think we should be both optimistic and cautious about last year. I say this because to us it feels a bit like January 2006. That was the year Al Gore released An Inconvenient Truth. Actors drove Priuses to the Golden Globe Awards and gave strange environmentally-focused acceptance speeches, much like this awards season. Australia was still un-scorched but Katrina was fresh in our minds. 2006 was the year magazines launched their first annual green editions, and marketers greenwashed every product they could. My favorite was the entrepreneur pitching a green road salt product in our offices, that was literally road salt…colored green!

When the financial crisis hit in 2008, “green” became an ugly word. The self-righteousness was exposed. The hype was replaced with predictable cynicism. Central banks manufactured low interest rates pulling capital towards yield and consumption, and away from capital investment.

Promoting an environmentally sustainable strategy became almost impossible. By my count, there are still less than ten firms in the world today doing what we do that have survived since the financial crisis – ten. Smart thematic managers like Greenrock in Canada and Greentech in New York decided they couldn’t make a go of it. Even the Canadian Banks – almost all of them – had been incubating at least one environmental theme fund prior to the financial crisis and by 2010 they had shuttered them all for lack of interest.

From a professional standpoint those early years may not have been profitable but they were valuable. They helped us understand the competitive economics and business drivers behind green technologies. Greg Payne and I had the proverbial ring-side seat to clean tech’s earliest years. We witnessed technologies improve in both quality and price: solar, wind, LED lights, heat pumps, variable speed motors, and heat and pressure recapture technologies, all come to mind. Sectors consolidated, leaders emerged and some truly became Greenchips.

There are still overhyped technologies. Others still need incentives like electric vehicles, grid storage, offshore wind and biofuels, but the gap is narrowing and cost curves continue to bend down.

Here’s another reason 2019 might be different: in 2006, we had identified only 250 companies producing environmental solutions and many of these were effectively listed start-ups. Today, we track almost 700 businesses with a combined market capitalization over $7 trillion. In addition to these, we’ve seen more than one hundred companies acquired (of which our investors benefitted from 28) and another hundred declare bankruptcy. My point is that the environmental economy is much more mature than it was in 2006.

There is also better value today. Leading up to the financial crisis, we had trouble finding any companies in our space trading at a discount to our estimated intrinsic value. Today, our portfolio trades at a weighted average discount of 17% to our calculation of intrinsic value. In our opinion, many companies in our sectors have been mispriced by the market. Perhaps as asset managers have become increasingly obsessed with indexes and traditional economy names, value has been left behind for firms focused on emerging cleantech sectors.

There is a chance that Greta Thunberg turns out to be this decade’s Al Gore and that this modest burst in environmental interest turns out again to be fleeting. We’re more optimistic than that, but we also realize the Great Energy Transition will not follow a linear path.

A quick clarification about the ten environmental theme managers (our direct competitors). Asset managers have literally launched thousands of funds integrating environmental, social and governance (ESG) criteria in the past few years. Some of these use words like “environmental”, “sustainable”, and “impact” in their names. These funds are not like ours – they do not invest in environmental solutions. Instead, their top holdings consist primarily of financial service firms, drug companies, and consumer tech “platform” businesses. These holdings may score well based on their ESG behaviour but their products and services do little to solve environmental challenges and many arguably cause harm.

The same could be said for most low-carbon and fossil-free strategies too.  I think these managers and their funds will eventually be exposed for what they are. In the meantime, it is an industry head-fake that distracts capital away from the climate solutions we so desperately need.

John Cook is the president and CEO of Greenchip Financial.