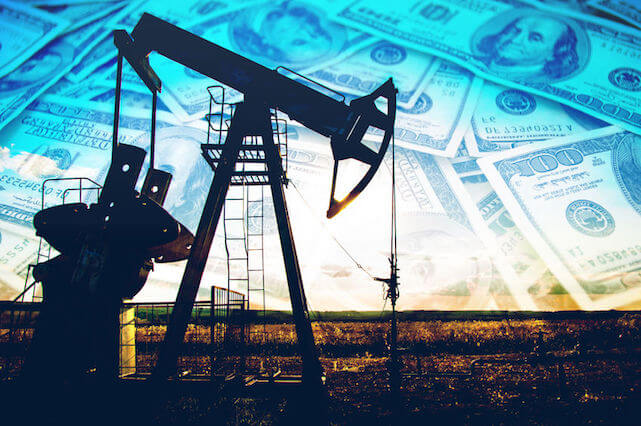 The growth of the responsible investment industry is an increasingly promising trend even amidst the surging concern over climate change.

Much of this growth has been centred on ESG funds. According to Morningstar data, their value now surpasses $1 trillion USD globally. However, this phenomenal growth is beginning to reveal fault lines that have the potential to undermine the legitimacy of the ESG fund sector, especially if there is no improvement made to oversight or regulation.

For the ESG fund market to retain the confidence of investors, ESG funds must not only deliver returns, but must also generate the impacts in the real economy which they claim (i.e., lowering carbon). This is particularly important for climate-themed funds, which have been identified as a key instrument in driving climate finance and shifting investment from brown to green assets.

However, in the absence of any meaningful regulation to define green investment, prospective investors in climate-themed funds face a dizzying array of terminology — carbon constrained, carbon momentum, carbon neutral, climate aware, climate strategy, fossil fuel reserves free to name a few — with little indication of how these terms relate to the contents of the fund itself.

In light of this, InfluenceMap, a U.K. based think tank, analysed 118 ETFs marketed under a climate theme with an aggregate AUM of US$18 billion, four of which are sold to retail investors in Canada.

In total, 22 funds were found to have exposure to thermal coal or oil and natural gas reserves. At the extreme end, two funds from Asia-based Fullgoal and Lion Asset Management companies were found to have thermal coal intensities (defined as tons per $million AUM) 50 times greater than the MSCI World ETF because of their large stakes in major Chinese coal producers. A range of other funds also contained major fossil fuel producing companies which investors would no doubt be surprised to find in a purportedly green fund: BlackRock’s iShares MSCI ACWI Low Carbon Target ETF, for example, holds shares in oil majors Chevron and Shell.

Notably, all four funds available to Canadian retail investors, with an aggregate AUM of $186 million, were found to have zero exposure to fossil fuel reserves. The funds, whose managers include RBC and BMO, are detailed in the table below.

Admittedly, there is currently no legal restriction to prevent a low carbon fund from investing in fossil fuel companies which means the funds analyzed are not necessarily in violation of their stated remits.  However, the findings speak to a broader issue regarding the lack of clarity for retail investors in this burgeoning sector.

BlackRock, in response to InfluenceMap’s findings, simply stated: “The fund is named low carbon to ensure investors understand the ETF is seeking lower carbon exposure, but it is not a no carbon fund.” While true, there is no guarantee that retail investors understand these labels in this way. Clear evidence that the labels are not used uniformly across the market is muddying the waters for climate concerned investors.

Moreover, while a low carbon label may not preclude a fund from investing in fossil fuel producers, it is reasonable for investors to expect that a fund labelled ‘Fossil Fuel Reserves Free’ would, indeed, be free of fossil fuel reserves.

Yet InfluenceMap’s research uncovered two State Street funds marketed as fossil fuel reserves free. The funds are worth a combined $100 million, with significant exposure to fossil fuel reserves through holdings in companies including German power company RWE and Brazilian mining giant Vale. It seems more than reasonable to assume that a typical retail client interested in investing in a climate sensitive manner would not expect to hold shares in a company like RWE, a major coal power generator and operator of the highly controversial Hambach lignite mine in Germany.

In response to InfluenceMap’s research, State Street argued the report had missed “important nuances,” particularly around the term “fossil fuel reserves” which, in their estimation, refers only to oil and gas and not to thermal coal. The clarification of this nuance is unlikely to placate retail investors who likely recognize thermal coal as the most CO2 intensive fossil fuel.

Importantly, these issues are echoed by broader concerns surrounding impact washing, whereby a financial product is marketed as generating a positive impact environmentally, socially or otherwise, without any rigorous substantiation of this impact. Recent research from 2 Degrees Investing Initiative found that 85% of ESG-themed funds in their sample made unsubstantiated or misleading claims in violation of existing market regulation. These findings underscore the need for a clear, consistent and robust method of not only categorizing green or impact funds but also of measuring and verifying their effects on the real economy.

The European Commission is leading the way in attempting to remedy these challenges. It’s currently developing a suite of policy measures designed to regulate the industry including two new climate benchmarks against which climate-focused indices will be required to gauge their performance. The EU is also pursuing a Taxonomy for Sustainable Activities which will define what constitutes sustainable or green economic activity. However, despite the promise of these changes, progress remains slow. Last week EU governments agreed to delay the release of the Taxonomy until 2022 following some controversy over the potential inclusion of nuclear and coal-fired power plants.

Nevertheless, the Commission’s work represents a first step in the crucial process of generating improved oversight of this sector. Canadian regulators should take heed and refocus efforts on establishing mechanisms to ensure ESG funds are marketed according to a rigorous system in order to ensure this growing sector not only meets investors’ expectations, but also delivers the changes in the real economy that it promises.

Adrienne Buller is a research policy analyst with InfluenceMap.